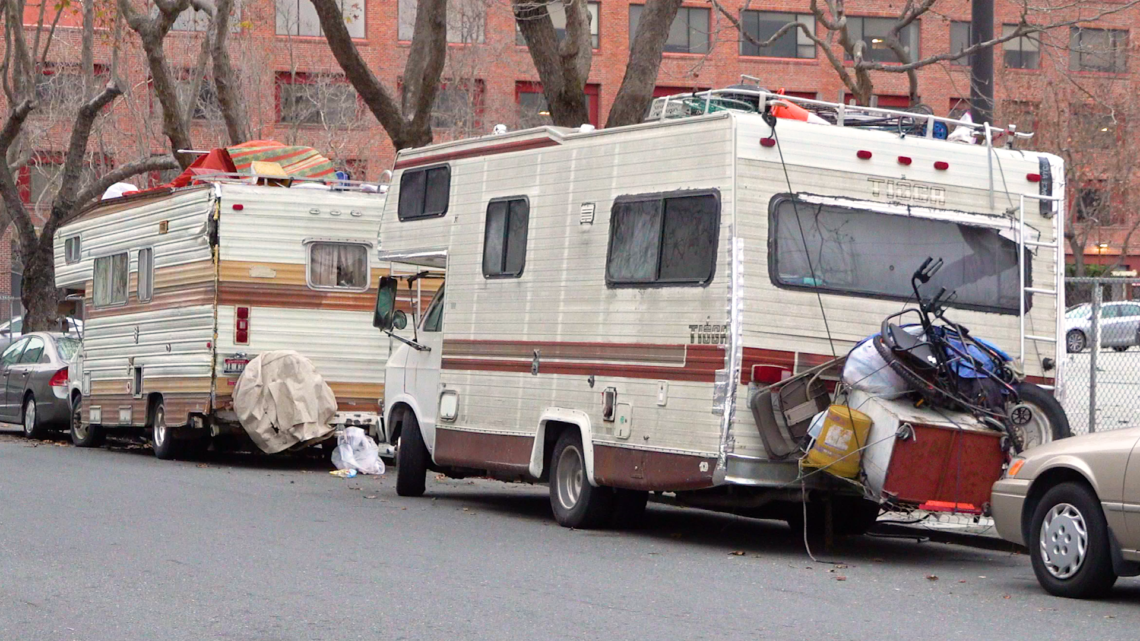 A Washington state Supreme Court ruling has upended the right of municipalities to impound homeless peoples’ vehicles as they debate how to shore up permanent shelters.

The unanimous decision issued by the high court on Friday concerned a man who was charged a $547 impoundment fee for parking his truck and makeshift home on Seattle city property for three days straight. Steven Gregory Long agreed to a payment plan before arguing the fee violated state homestead law and federal excessive fine clause.

Based on court documents, Long would have paid $50 a month under the plan or an amount he said would have threatened his livelihood. The high court agreed.

“During that time, Long’s truck held his clothes, food, bedding, and various work tools essential to his job as a general tradesman,” the court’s ruling wrote. “After the truck was towed, Long slept outside before seeking shelter from the cold weather, and he contracted influenza. These facts indicate Long could not afford to pay the $547.12 assessment.”

The court further ruled that while keeping streets clear was in the public interest, Long’s violation was “not particularly egregious” and did not warrant such a high fine relative to his meager income.

In its ruling, the court also cited Seattle’s decision to lift its 72-hour parking rule in April 2021, signaling its waning interest regarding such violations as serious offenses. Long was fined in October 2016 when the rule was in effect. He sued the city in June 2020.

Seattle City Attorney Pete Holmes, whose office primarily handles misdemeanors and civil cases, said in a statement the case could send ripple effects through the state.

“We anticipate that elected policymakers will adjust their policies to align with today’s ruling, and our attorneys will advise them as they make their decisions,” Holmes said.

In July, Washington Department of Transportation Secretary Roger Millar testified to state lawmakers on the House Transportation Committee that the sweeps are a losing strategy.

“What we can’t do about that is this homeless camp ‘Whack-a-Mole,’ where you clean one up and they move across the street,” Millar said. “It’s a waste of resource and frankly, it’s not humane.”

Since the onset of the pandemic, King County has accelerated housing initiatives to house individuals experiencing homelessness as cities like Seattle have stepped up their efforts to sweep encampments.

Since January, King County has snapped up five local hotels to the tune of $102 million officials hope will house some 800 people experiencing homelessness. It plans to buy at least two more this year at the cost of another $100 million. Both ventures are paid for with bonded money from a 0.1% county sales tax.

The county and its cities have long been at odds over who bears the responsibility to house the more than 11,000 unsheltered people living in the King County-Seattle metro area. King County Council Vice Chair Reagan Dunn has introduced a bill to set new standards for when, how and why cities remove  camps instead of shelters. A charter amendment in Seattle would mandate that the city set a minimum funding threshold for affordable housing without a given revenue source.

“It is far from compassionate to leave people to live outside without the services and shelter that they desperately need,” Dunn said. “It also isn’t fair for our local community to have public spaces taken over by encampments that pose health and safety risks.”

Dunn’s ordinance is set to be introduced to the Metropolitan King County Council meeting on Wednesday at 1 p.m.

The coal price has skyrocketed in 2021 – what does it mean for net zero?