Please ensure Javascript is enabled for purposes of website accessibilityAfter his Round Rock district was redrawn to help Republicans, state Rep. James Talarico says he’ll move to Austin to run in 2022 – Capitol Hill Pulse Skip to the content 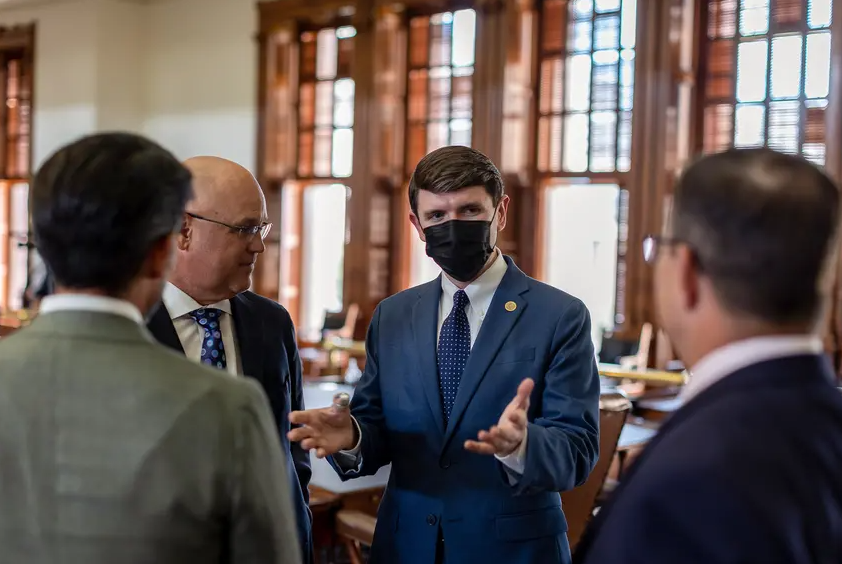 After his Round Rock district was redrawn to help Republicans, state Rep. James Talarico says he’ll move to Austin to run in 2022

State Rep. James Talarico, D-Round Rock, announced Wednesday he is moving to run for reelection in a different House district because his current district is being redrawn to be more favorable to Republicans.

Talarico said he would run in nearby House District 50, where the Democratic incumbent, Celia Israel, is not seeking reelection as she prepares to run for Austin mayor. He announced the new campaign with the support of the biggest names in Democratic politics in Texas, including Beto O’Rourke, Wendy Davis and Joaquin Castro.

Talarico currently represents House District 52, which is set to become redder in redistricting — going from a district that President Joe Biden won by 10 percentage points to one that Donald Trump would have carried by 4. HD-50, meanwhile, is likely to remain solidly blue after redistricting.

“Republicans have gerrymandered me out of my district,” Talarico tweeted. “If they think they can keep me off the House floor, they better think again.”

Talarico said he was not angry at Republicans for proposing a district more slanted toward them but how they did it — “trying to get rid of me by dividing the communities of color in my district.”

Whether Talarico can avoid a competitive primary for HD-50 is an open question. Earlier Wednesday, Pflugerville City Councilman Rudy Metayer announced he was exploring a run for the seat. Metayer is also the president of the Texas Black Caucus Foundation, and he released a list of supporters topped by two of the state’s most prominent Black politicians, state Sens. Borris Miles of Houston and Royce West of Dallas.

HD-50 is more diverse than the district Talarico, who is white, currently represents. In a series of tweets announcing his new campaign, Talarico prominently highlighted how he “call[s] out White supremacy on the floor,” a reference to his outspoken advocacy against Republican legislation aiming to restrict the teaching of “critical race theory” in Texas classrooms.

This article was originally posted on After his Round Rock district was redrawn to help Republicans, state Rep. James Talarico says he’ll move to Austin to run in 2022