Please ensure Javascript is enabled for purposes of website accessibilityAnother special session to pass a GOP voting bill started without a quorum. This time it’s unclear if Democrats will stay away. – Capitol Hill Pulse Skip to the content 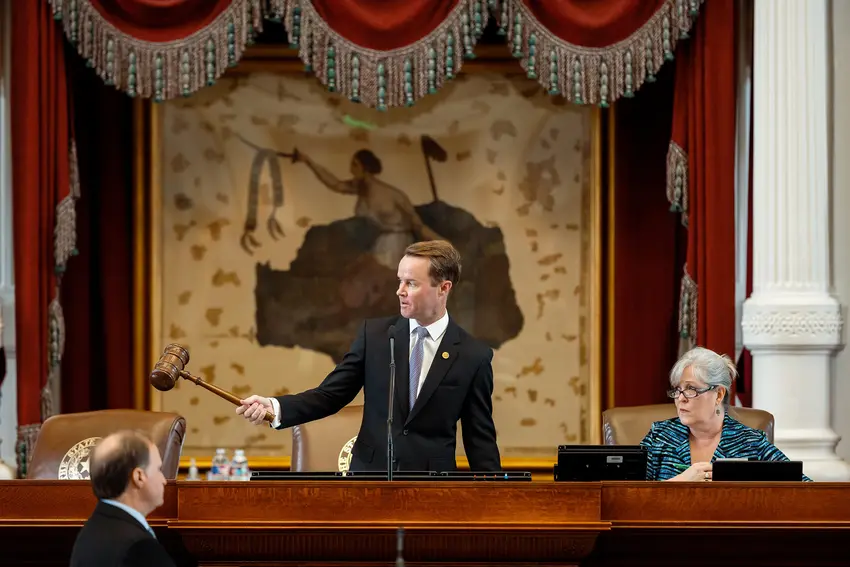 Another special session to pass a GOP voting bill started without a quorum. This time it’s unclear if Democrats will stay away.

Texas Democrats on Saturday blocked a quorum in the House for the third time this year as the Legislature kicked off its second special legislative session called to pass the GOP elections bill, among other legislation — though it’s unclear this time whether those members intend to remain absent for the entire overtime round.

Both the House and Senate convened at noon, a day after gaveling out from the first 30-day special session, which began in July and ended in an impasse when over 50 Democrats in the lower chamber left the state for Washington, D.C., to prevent the passage of a elections bill. That departure meant the House could not have a quorum to conduct official business. Democrats broke quorum for the first time in May when they walked out of the chamber in the final hours of the regular session to prevent passage of a similar version of the bill.

The elections legislation at hand would outlaw local voting options intended to expand voting access, further tighten the voting-by-mail process and bolster access for partisan poll watchers, among several other changes to state elections. Republicans have championed the proposal as “election integrity” that would bring what they argue are much-needed reforms to the state’s voting system, while Democrats and voting rights groups have criticized the proposal as a vehicle that would harm marginalized voters in the state.

On Saturday afternoon, at least 26 House Democrats announced that they intend to remain in Washington to continue pushing Congress to act on a federal voting bill, but that number alone is not enough to break quorum in the Legislature.

“Texas Republicans can only succeed in their nationally coordinated assault on our democracy if Democrats are present at the state capitol,” read a statement from state Reps. Trey Martinez Fischer of San Antonio, Gina Hinojosa of Austin, Alma Allen of Houston and others. “26 Texas House Democrats will be part of an active presence in Washington maintained for as long as Congress is working and making progress on federal voting rights legislation to see this fight through.”

The House adjourned for the day minutes after gaveling in on Saturday afternoon, but they did not yet adopt what’s known as a “call of the House,” a procedural move that would lock the chamber doors and enable lawmakers to send law enforcement after the Democrats who don’t show up. During the first special session that ended Friday, the chamber voted overwhelmingly to issue the call, though it carried little weight since state authorities lack jurisdiction outside of Texas. Ultimately, no Democrats were arrested.

Two of 57 Democrats who left during that first special session were on the House floor Saturday — Eddie Lucio III of Brownsville and Bobby Guerra of Mission.

After the chamber adjourned, Lucio told reporters he returned to Austin for both professional and personal reasons. He said he anticipated several of his Democratic colleagues to also come back to the chamber in the coming days, which could help the House make quorum “as early as this week.”

“I made my personal choice to bring the fight back to the Capitol, and I think everyone needs to make that decision for themselves,” Lucio said. “For those that are gone, I applaud them.”

In the Senate, Lt. Gov. Dan Patrick thanked the chamber’s 31 members for reaching a quorum as the chamber had done in the prior special session.

“I’m proud to say and, thank you very much, we have a quorum today,” he said as the chamber gaveled in.

The Republican-dominated Senate then pushed through two rule changes that indicate the chamber’s desire to move through its agenda quickly. The first change takes away the “tag rule,” which is a delaying tactic for Democrats in the minority party because it allows members to demand 48 hours of written notice before a bill gets a hearing. The other change allows committees to skip public hearings on House bills that have the same subject as Senate bills the committee had already considered.

State Sen. Charles Schwertner, R- Georgetown, said the temporary rule change, which will be in effect for the entire special session, would benefit senators by expediting the legislative process during the 30-day period. But Democratic lawmakers said it could deny constituents the opportunity to express their opinions on important issues.

“We are not giving people the opportunity to be heard,” said state Sen. Roland Gutierrez, D-San Antonio.

Schwertner said the move allowed the Senate “maximum flexibility” to complete its work, particularly because it is unclear when the House will regain its quorum and many of the bills on the special session agenda were heard before during two earlier legislative sessions this year.

The Senate then suspended its rule requiring 24-hour notice before a committee hearing and announced three committee meetings on Saturday that immediately started hearing bills without public testimony.

The Senate did not immediately take up the elections bill, which was one of the main drivers for the special session. That bill is scheduled for a hearing at 9 a.m. Monday in the Senate State Affairs committee.

The lower chamber convened Saturday as drama among Democrats played out over a lawsuit filed Friday, accusing the speaker, governor and state Rep. James White, R-Hillister, of infringing on their constitutional rights to free speech amid efforts to bring them back to Austin for the first special session that ended Friday.

That lawsuit has only heightened tensions among House members, a sentiment state Rep. Jeff Leach, R-Plano, emphasized as he delivered his invocation to members after the chamber gaveled in Saturday.

“God, we’re staring right now at a raging ocean of division and hostility in this chamber,” he said. “Lord, there are relationships that are shattered, cords of trust that have been broken, but you, Lord, bring the dead to life and what is broken you restore.”

Meanwhile, the remaining Democrats in Washington continued to disperse Saturday, though those who have left have been unwilling to divulge what their plans were for the coming days.

Several of the roughly 40 members still in Washington were seen leaving their hotel throughout Friday, but some indicated they were not headed for the House floor. Others were seen in the hotel lobby, with their luggage in hand, just hours before the House was set to gavel in on Saturday.

Democrats on Friday evening were working to confirm that at least 50 members would not immediately return to the House, even if they were back in Texas. By Saturday morning, enough had quietly pledged to not show up to continue denying Republicans the quorum at least through the weekend.

Upon breaking quorum in early July, 57 members had provided letters to the House journal clerk asking for their voting machines to be locked in their absence. Lucio and Guerra — the two Democrats back on the floor Saturday — had checked in with the House journal clerk. The clerk’s office said 55 would remain locked until those members also checked in.

State Rep. Chris Turner of Grand Prairie, who chairs the House Democratic Caucus, said that Democrats would “keep fighting with everything we have to protect Texans’ freedom to vote.”

This article was originally posted on Another special session to pass a GOP voting bill started without a quorum. This time it’s unclear if Democrats will stay away.

Maine among 10 lowest states for bonded debt obligations, according to analysis