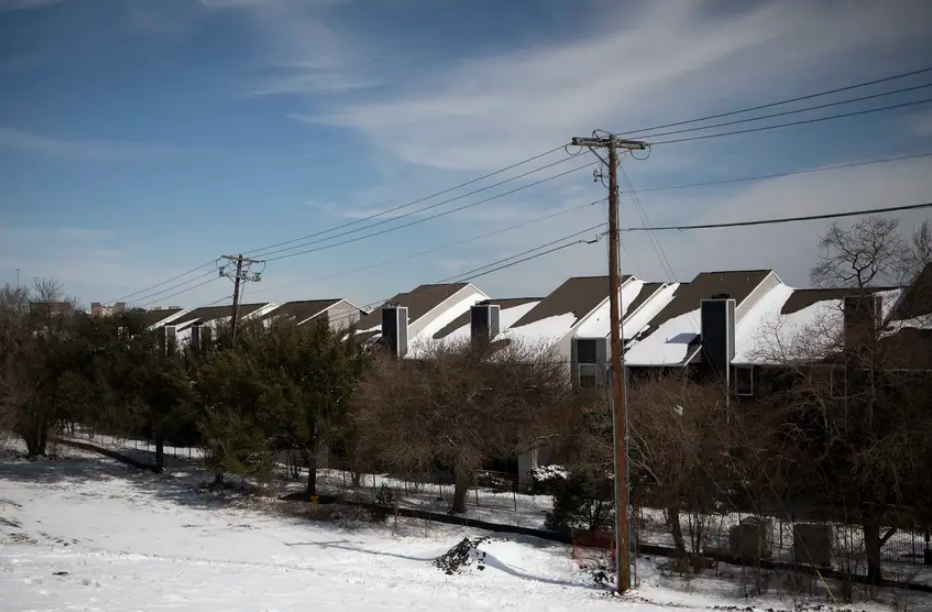 Betting a Texas election on a weather forecast

In spite of the confident assurances from Texas officeholders, there’s still a risk that your power will go off in the face of a big winter storm in the next few months.

Sure, this is politics. The problem, as Austin energy consultant Doug Lewin told The Texas Tribune’s Mitchell Ferman, is not with technology, or even with the way electric plants are operated. It’s regulatory. This is exactly the sort of problem politics and government were made for — one that can be fixed in Austin.

It’s a question of who the state government is working for at any given time. Was it the electric utilities? The natural gas producers who fuel so many electric plants? Commercial and industrial electric customers willing to weather a few blackouts here and there if it means cheaper electric rates? Was it residential customers who want light and heat and water, even (or especially) when it’s freezing cold?

Lobbyists are in power when the Legislature is writing laws, the governor is appointing regulators and the state agencies are writing rules. Voters are in power in election years.

Winter is coming, and so is an election year. It doesn’t matter whether someone is a great fundraiser, an incumbent, a movie star or someone who flashes a skateboard in a Whataburger parking lot late at night. The job people like that are seeking starts with keeping Texans safe.

Texas failed to do that in February. The Legislature passed some bills on the subject. Some think they came up short. The governor has said that everything that could be done was done, that there’s nothing to see here, that the risks are gone.

“I can guarantee the lights will stay on,” he told Austin’s Fox 7 News last weekend. He said he’s “very confident” and said he had signed “almost a dozen laws that make the power grid more effective.”

Hope he’s right. So do his many supporters and donors — not to mention the Texans who suffered through the last storm.

Those laws include getting electric generating plants ready for winter. The natural gas providers who fuel many of those plants aren’t required to winterize yet; the Texas Railroad Commission won’t have those requirements written into the rules until after this winter. There’s still a lot to do.

The risk for Abbott and the rest of the elected class is that voters, who expect and demand results to the problems with the Texas electric grid, have the right to toss anyone who doesn’t deliver.

Voters have the power to be as tough as the state itself was earlier this year, when it dumped the people at the top of ERCOT and the Public Utility Commission.

The reasons are different. The elected people ran out the appointed people as a kind of political sacrifice, feeding the regulators to an angry public before those voters fixed the blame on the elected class.

So far, that’s been enough. Republicans are betting the voters will stay warm this winter, and that will be that.

Meanwhile, the Democrats harping on the chances of a repeat disaster are doing so in self interest. President Joe Biden’s popularity is down. National issues — immigration, the withdrawal from Afghanistan and so on — play into Republican hands. Republican lawmakers drew the election maps during this year’s redistricting.

It’ll take something big to topple the Republican advantage in the state this year. Like a blackout or a bad reaction to the Texas Legislature’s very conservative work this year. Without something surprising that moves voters, Texas Democrats start the election cycle at the bottom of a steep hill.

And voters might not be thinking about any of this when the general election rolls around in November. It probably won’t be that cold at that time. It’s a good distance from February to the election, and voters could be making their decisions on the basis of other issues.

But the electric grid remains a sore spot, even after the bills passed by the Legislature and then signed and bragged on by the governor. In a University of Texas/Texas Tribune poll in October, 60% of voters said they disapproved of lawmakers’ response to February’s blackouts — including 78% of self-identified Democrats, 46% of Republicans and 61% of independents.

The incumbents on the ballot are forging ahead, watching the political polls and the weather forecasts and hoping the governor’s confidence is rewarded.