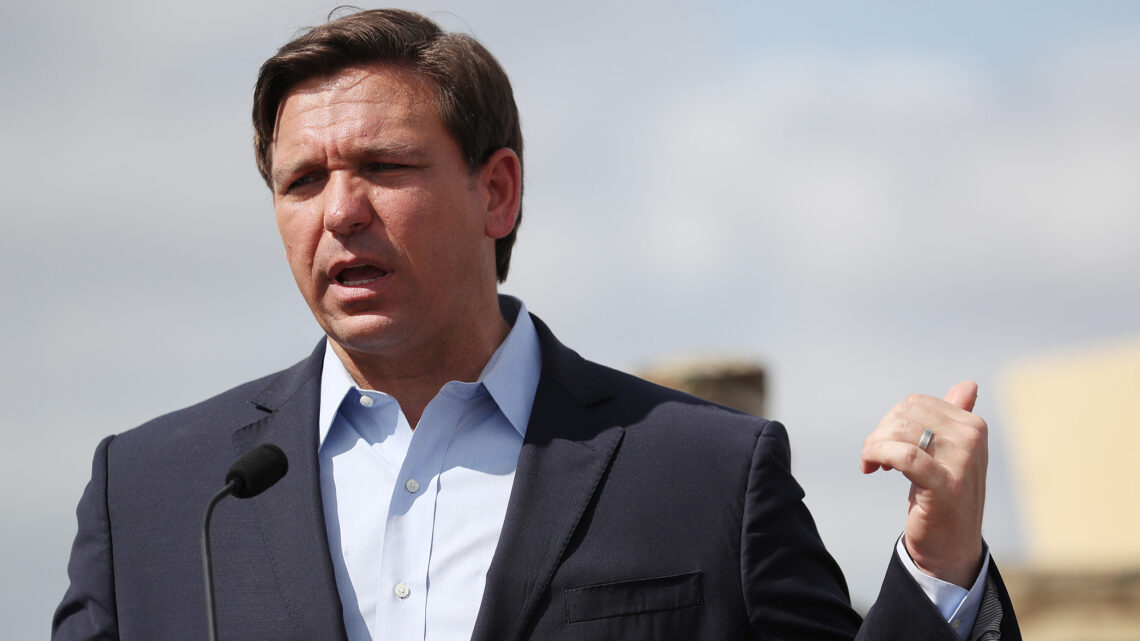 During a Friday news conference at the Florida-Alabama state line near Pensacola, Gov. Ron DeSantis announced he was dispatching the contingent of state agents and troopers in response to a June 10 letter from Texas Gov. Greg Abbott and Arizona Gov. Doug Ducey asking fellow governors for up to 500 law enforcement officers to assist at the border.

DeSantis said Florida will fulfill a 10th of that need with an initial deployment through July 14 and, if necessary, follow, dispatch a relief contingent to the border. At least 10 county sheriff’s offices have volunteers pledged to go if called, he said.

“There’s a number of local (sheriff’s officers, police departments) who have raised their hands. This is kind of the first tranche and so it’s state (agencies) at this point. But we’ve got a lot of folks in the queue,” he said. “We can also send locals, but we were able to meet the need with state resources to start.”

Nebraska Gov. Pete Ricketts last week announced his state would send 25 troopers for 16 days to the border beginning Monday. Idaho has not released specifics of how it will fulfill Gov. Brad Little’s pledge to send officers to Texas and Arizona. No other state has agreed to send “troops on the ground.”

DeSantis said a law enforcement clampdown is necessary on the border because the Biden administration is not doing enough to stem a rising tide of human trafficking and methamphetamine smuggling.

“Massive amount of drugs moving in from the southern border, so this has real effects on Florida communities,” he said, saying crime that isn’t “organic to Florida,” but is infiltrating the state because President Joe Biden has rescinded former President Donald Trump’s border policies.

“This was a crisis created by going against policies that would be working just ’cause you don’t like your predecessor,” he said.

When asked how much the deployment would cost Florida taxpayers, DeSantis was uncertain.

“That’s still a point of discussion,” he said, adding he expects Arizona and Texas to at least partially compensate Florida.

“Typically,” DeSantis said, “if someone would help us, we would pick up some of their funding, so that’s how we would hope that it goes. But we don’t anticipate getting any federal funds.”

That’s not how Texas sees it. Texas Division of Emergency Management Media Director Seth Christensen has told reporters in Nebraska and Florida that states that render aid pay for it.

“Resources being sent from other states are being sent at their expense,” Christensen told the Pensacola News-Journal.

But DeSantis is right and Christensen wrong under the Emergency Management Assistance Compact (EMAC) signed by all 50 states and ratified by Congress in 1996.

According to the agreement, “Under EMAC the requesting state is responsible for compensating the assisting state for any expenses incurred.”

DeSantis would not speculate on how much the deployment could cost state taxpayers if not compensated under EMAC. The Collier County Sheriff’s Office estimated it would cost $20,000 a week to send 11 deputies to the border; projecting that to 50 officers amounts to $100,000 a week.

The governor said regardless, Floridians back the deployment.

“Hopefully I’ll get (to the border) at some point and wish them well when they’re on the ground,” DeSantis said. “But at a minimum, I wanted to come here and say, you guys going out, thank you for what you’re doing. The people (of) Florida support what you’re doing.”