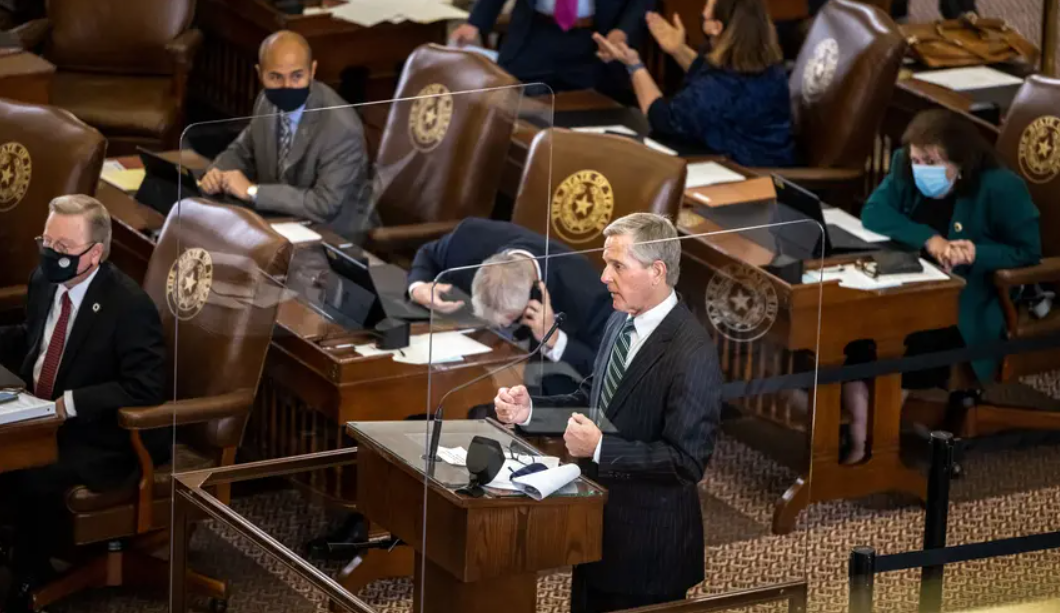 State Rep. Phil King, R-Weatherford, announced Monday he is running for the newly redrawn Senate District 10, which has been primed for a GOP pickup under the proposed map.

Within half an hour of declaring his bid, King got the endorsement of the Senate’s presiding officer, Lt. Gov. Dan Patrick.

“Since a new Texas Senate map has been proposed that places Parker County in Senate District 10, I have received many encouraging calls from conservatives urging me to enter the race so we can defeat a liberal Democrat,” King said in a statement. “After prayerful consideration with my wife Terry and my family, should this map be adopted, I will make a formal announcement that I will be running for this seat.”

SD-10 is currently held by Democratic Sen. Beverly Powell of Burleson, who flipped the seat in 2018. Powell has denounced her proposed new district as an “act of intentional discrimination.”

Under the proposed new map, SD-10 would reach beyond Tarrant County into more conservative Parker and Johnson counties. The district would go from one that elected President Joe Biden by 8 points to one he would have lost by 15.

King, a former police officer, has served in the House since 1999.

“I have known and worked with Chairman Phil King of the Texas House for 14 years,” Patrick, a former senator, said in a statement. “His lengthy legislative experience, his background in law enforcement, and his strong leadership skills are what we need in the Texas Senate.”

Warren Norred, an Arlington lawyer who serves on the State Republican Executive Committee, was already running for SD-10 before the new lines were proposed. He is touting the “supportive words and encouragement” from of Matt Rinaldi, the chairman of the state Republican Party. Rinaldi spoke at Norred’s campaign kickoff in late August.

Norred confirmed Tuesday morning he is “of course” still running.

“I always expected to see a competitor or two along the way from the status quo side of the GOP,” Norred wrote in an email.

Earlier Tuesday, state Rep. Craig Goldman, R-Fort Worth, said he had been encouraged to run for the newly redrawn SD-10 but would instead seek reelection his House seat.

King is the second new Republican candidate that Patrick has thrown his weight behind since the first draft of the new Senate map was released earlier this month. Patrick has also backed former state Sen. Pete Flores of Pleasanton for the newly reconfigured Senate District 24.