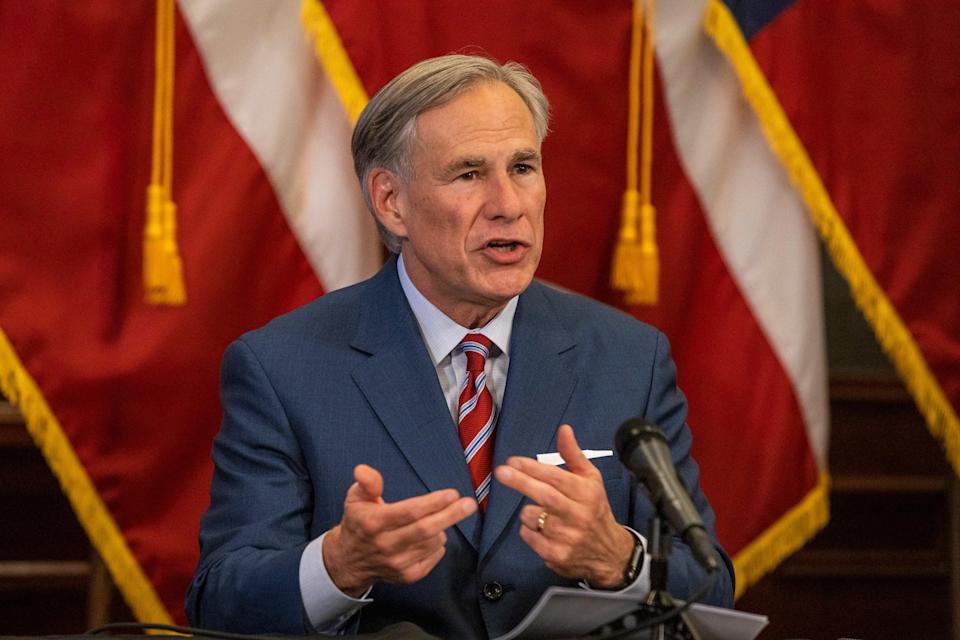 Gov. Greg Abbott Tuesday signed Senate Bills 2 and 3 into law to strengthen the state’s power grid and reform The Electric Reliability Council of Texas (ERCOT), which operates it.

He was joined by Republican legislators who authored the bills, state Rep. Chris Paddie and state Sens. Kelly Hancock and Charles Schwertner.

The bills were legislative priorities of the governor’s after Texans were left without heat, electricity and water for weeks during sub-zero temperatures in mid-February after the power grid was shut down by ERCOT.

SB 2 and SB 3 put measures in place to reform ERCOT and to ensure that all power generation facilities, natural gas facilities, and transmission facilities are weatherized to handle extreme weather conditions. The bills require the Texas Railroad Commission and ERCOT to inspect power facilities and to levy fines against noncompliant entities of up to $1 million.

The bills require ERCOT to have eight fully independent board members on its 11-member board and requires them to all reside in Texas, among other measures.

Most notable is the creation of a new fee to cover costs to dispatch electric generation capacity in an emergency, permanently increasing consumers’ electric bills.

“During the winter storm, too many Texans were left without heat or power for days on end, and I immediately made reforming ERCOT and weatherizing the power system emergency items,” Abbott said. “We promised not to leave session until we fixed these problems, and I am proud to say that we kept that promise. These laws will improve the reliability of the electric grid and help ensure these problems never happen again. Thank you to Senators Kelly Hancock and Charles Schwertner and Representative Chris Paddie for your leadership on these important issues.”

But Abbott and the legislature have yet to keep the most important promise, critics argue, to not have $16 billion in overcharges passed onto consumers. During the freeze, the Public Utility Commission directed ERCOT to inflate prices, adding $16 billion in additional costs to the market, of which roughly $1.5 billion was used to make whole payments to generators for energy that was not needed or produced, an analysis conducted by Potomac Economics found.

Lt. Gov. Dan Patrick tried to push a bill through the legislature to ensure that consumers would not be forced to pay the $16 billion, which House Speaker Dade Phelan, R-Beaumont, said he would not even consider.

“We began this session by immediately calling for a correction of the energy pricing that occurred during the February storm, which created millions of dollars in windfalls for some companies,” Patrick said in a statement.

The Senate proposed a framework for a $3 billion fund to help consumers pay for electric rates that go up as electric companies pay off interest on $2.1 billion worth of loans they already took out, but the proposal didn’t make it through the House before the session ended. Phelan only called the House into session 76 days out of 140 possible days it could meet, limiting the time bills could be heard in the House.

Neither SB 2 nor SB 3 provide economic relief for consumers.

Despite this claim, both the Senate and the House passed Paddie’s bill, HB 4492, which sacks consumers with industry debt, the opposite of what the Senate proposed. The bill allows retail electric providers and other companies to access low-interest loans to cover costs, which they would then pass on to consumers through rate increases over a period of several years, instead of hiking bills all at once.

Opponents argue Paddie’s bill is a bailout for companies and simply reallocates debt to customers already struggling to pay their bills and could lead to unintended consequences. The bill has not yet been signed by the governor.

Patrick asked Abbott to add ratepayer relief to the special session agenda. Abbott has not yet said if he intends to do so.