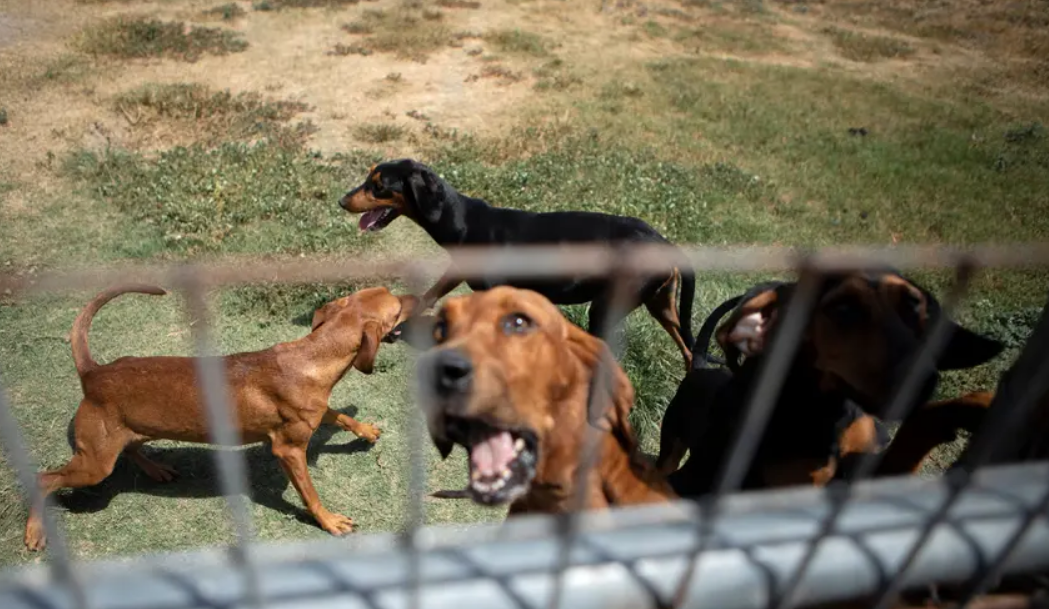 Gov. Greg Abbott vetoed 20 bills that were passed during this year’s legislative session, including two criminal justice priorities of the House speaker, legislation that would have banned tethering dogs outside with heavy chains and a bill that would have required students to be taught about the perils of domestic violence.

The 20 bills in total that were vetoed mark the fewest made by Abbott since 2005. There were 1,073 bills passed by the Texas Legislature in total.

Abbott vetoed 13 bills authored by Democrats and seven by Republicans. 12 of the vetoes targeted bills that originated in the House, and eight were from the Senate.

His most explosive veto came Friday when he signed the state budget but used his line-item veto to reject funding for the Texas Legislature, its staffers and legislative agencies. The move was retribution after Democrats broke quorum in the final days of the session to block the passage of Senate Bill 7, a GOP elections bill that would have overhauled voting rights in the state.

Among the bills Abbott vetoed over the weekend was House Bill 686, which would have allowed for earlier parole eligibility for inmates convicted of certain crimes if they were younger than 18 years old when the crime was committed. The bill would have required parole panels to consider the inmate’s age and mental state at the time of the crime, among other factors, when determining parole eligibility.

In his veto statement, Abbott said that while he commends the bill’s author for encouraging and recognizing rehabilitation among young inmates, he felt the bill conflicted with the Texas Code of Criminal Procedure, “which would result in confusion and needless, disruptive litigation.”

Another House criminal justice priority bill vetoed was Senate Bill 281 by state Sen. Juan “Chuy” Hinojosa, D-McAllen, which called for the ban on using statements obtained through hypnosis in a criminal court. If passed, the bill would have helped bring an end to a controversial practice that law enforcement in Texas used close to 1,800 times over the course of 40 years, according to a Dallas Morning News investigation.

Abbott said he objected to a late amendment to the bill that would have barred statements that a person makes long after the hypnosis from being used as evidence in a criminal trial. He said that change “would dramatically expand its scope in an unacceptable way.”

Another bill that fell victim to Abbott’s veto was Senate Bill 474, known as the Safe Outdoor Dogs Act. The bill would have made it illegal to chain up dogs and leave them without drinkable water, adequate shade or shelter. It also called for a ban on tethering dogs with heavy chains.

“I’m disappointed in the governor,” said Sen. Eddie Lucio Jr., D-Brownsville. “I don’t agree with everything he does, but I respect him when it comes to quality of life and protecting life. I want to include dogs in that issue.”

Abbott said Texas already has the statutes in place to protect dogs from animal cruelty, and the penalties proposed in Lucio’s bill seemed excessive.

“Texas is no place for this kind of micro-managing and over-criminalization,” he said in the veto statement.

Shelby Bobosky, executive director of Texas Humane Legislation Network, a nonprofit that lobbies in support of animal rights, said the organization’s members are devastated by the veto, and the bill would have “clarified the vague language that makes the statute completely unenforceable.”

“All the elements Governor Abbott cited as ‘micromanagement’ were carefully negotiated compromises that addressed concerns from lawmakers in both parties to strike the right balance for our diverse state,” she said in a statement. “The passage of the bill in both chambers with overwhelming bipartisan support from rural, urban, and suburban members was the result of six years of tireless effort by THLN and all stakeholders who care for dogs inhumanely restrained outdoors.”

Animal-loving Texans created the hashtag #AbbottHatesDogs on Twitter to express their disdain for the veto.

“It’s not a political issue with me — it’s a humane issue,” Lucio said. “We need to do our best to take care of them.”

A key issue of the legislative session was protecting and expanding broadband access particularly in rural Texas. House Bill 2667 would have provided universal service fund assistance for Texans.

Abbott named broadband access as one of his priority items for the legislative session, but he shot down the bill, saying it would’ve imposed more taxes on Texans everywhere.

The bill proposed that those receiving assistance through the Texas Universal Service Fund — which helps those in the states receive basic telecommunications services — be charged a universal fee for services. An analysis of the bill stated that recent decisions from the Public Utility Commission of Texas, which funds the TUSF, has placed customers in rural areas at risk of losing telephone services or paying high costs for services.

He also said broadband expansion was also signed into law through other measures, such as Senate Bill 5. This established the creation of the State Broadband Development Office, designed to expand broadband internet access, through The University of Texas System.

Abbott also vetoed Senate Bill 1109, which would have required middle school and high school students to learn about child abuse prevention, family violence and dating violence. He said in his veto explanation that he opposed the legislation because it doesn’t give parents the option to opt out of instruction.

He also vetoed Senate Bill 237, which would have reduced penalties for criminal trespassing by allowing police to “cite and release” individuals instead of arresting them. Abbott said this change would have a “troubling impact” on businesses and homeowners in Austin that “count” on criminal trespass arrests from homeless people who refuse to leave their properties. He said it would also go against making arrests in border communities.

“It would allow [and tempt] agencies to categorically mandate cite-and-release for this crime, taking away an important tool for officers to keep Texans safe,” Abbott wrote.

All of Abbott’s veto statements that were released Monday are available here.