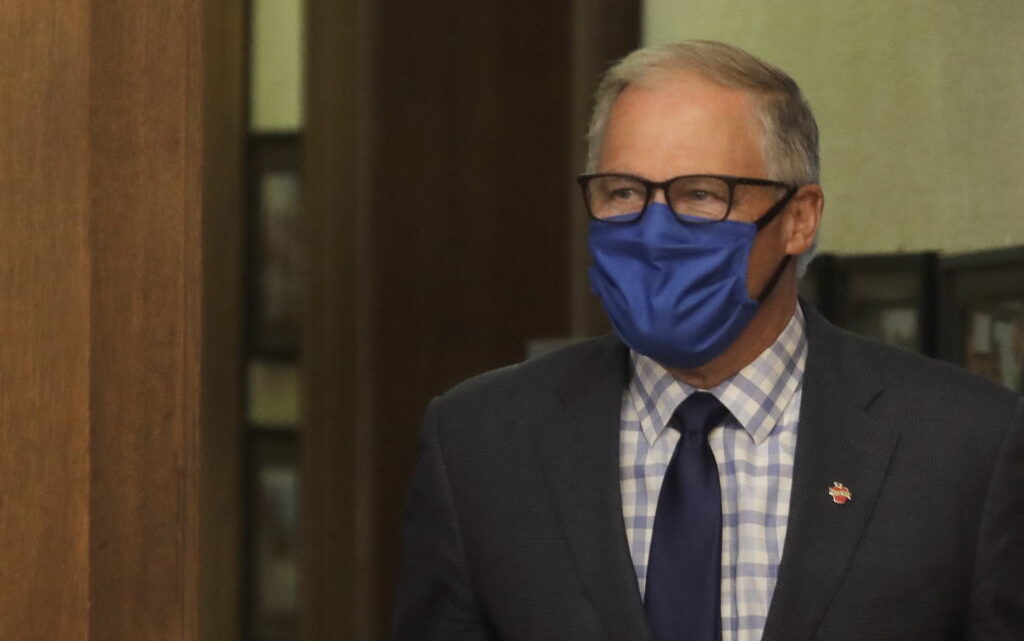 The governor, joined by community members and families of those impacted, signed the bills at Tacoma’s Eastside Community Center almost a year to the day that Minnesota police killed George Floyd.

The governor signed into law legislation creating an Office of Independent Investigations, which will report to his office, ban certain uses of force, and require more oversight requirements for hiring and reporting misconduct.

“The consciousness of our state and nation has been raised against inequity in many forms,” Inslee said. “The bills I am signing today respect these truths and lay a solid foundation to halt inequity’s pernicious influence in our systems of government.”

At the signing was Katrina Johnson, cousin of Charleena Lyles, who was killed by Seattle police in 2017. Johnson praised the legislation and thanked the governor for allowing impacted families to lead bill debates.

“To the impacted families, take a bow in knowing your loved ones death is not in vain,” Johnson said. “Today, we stand united in strength and bonded together in pain and blood.”

HB 1054, sponsored by state Rep. Jesse Johnson, D-Federal Way, limits tactics and weapons used by officers. The bill bans police from performing chokeholds and neck restraints, restricts car chases in most circumstances and makes the use of tear gas “a means of resort” limited to the order of an elected official.

“Many of these tactics have been used disproportionately against people of color, and are seen as a means of suppression of lawful activities, including free speech,” Inslee said. “This is an important step toward ensuring that all people are treated equally by Washington law enforcement officers.”

The Washington Association of Sheriffs and Police Chiefs (WASPC) did not issue comment on the language of specific bills. Its members did express support for such concepts as deescalatory training for officers, mental health care programs for offenders, and more options to decertify officers when necessary.

In a statement, Steven D. Strachan, executive director of the WASPC, praised the state legislature for reclassifying drug possession as a misdemeanor in response to a ruling from the Supreme Court of Washington.

“Everyone agrees that the criminal justice system is not the best place to provide services for addiction, but we maintained that we also need to incentivize treatment for some and balance the approach with public safety,” Strachan said. “The expansion of treatment and support services is something we have long supported and that element is a positive outcome.”

Several bills, including one reforming the police arbitration process and limiting police union power, died in committee this year. Many that made it past the state legislature saw amendments from Republicans who largely opposed most of the bills introduced. Law enforcement agencies were supportive of most bills related to data collection, but came out against those limiting police tactics and union bargaining.

Washington Democrats have hailed this session as a first step to reforming law enforcement. The governor said the bills signed on Tuesday signal more work ahead for state lawmakers.

“I would remind people where all of this effort has brought us,” Inslee said. “It has brought us not to the end of something, but to a new beginning.”

Beer, doughnuts and a $1 million lottery – how vaccine incentives and other behavioral tools can help the US reach herd immunity