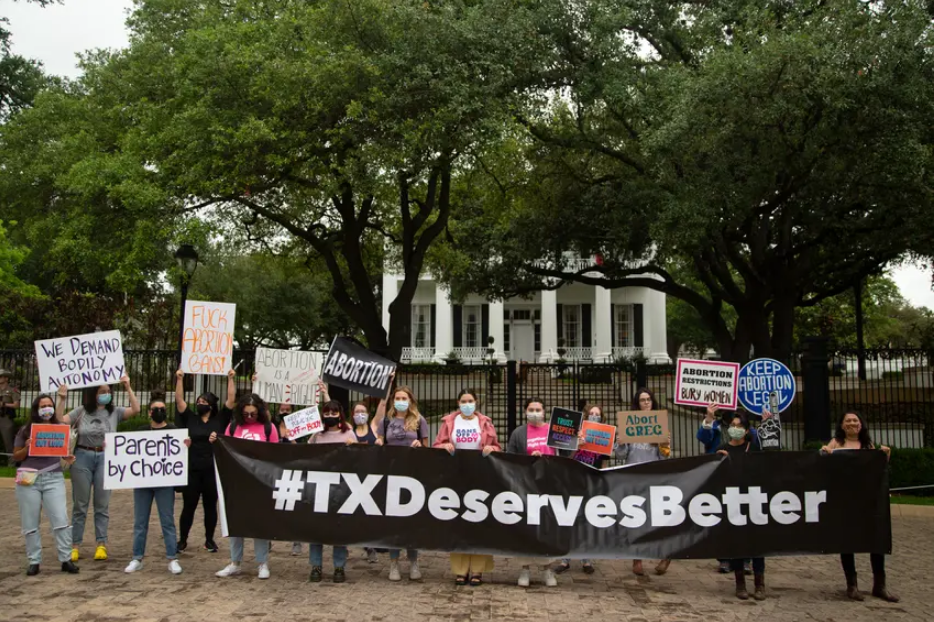 A federal district judge dismissed on Tuesday a lawsuit to block a voter-approved abortion ban from taking effect in Lubbock, saying Planned Parenthood did not have standing to sue the city.

The decision comes just weeks after Planned Parenthood filed a lawsuit to stop the Lubbock ordinance, which outlaws abortions and empowers “the unborn child’s mother, father, grandparents, siblings and half-siblings” to sue for damages someone who helps others access an abortion. The “sanctuary city for the unborn” ordinance was passed by voters in May, after being shot down by City Council members who said it conflicted with state law and could be costly to defend. It took effect June 1.

Abortion rights advocates typically sue to prevent government officials from enforcing an unconstitutional abortion restriction. But the Lubbock ordinance is enforced solely by private citizens, not state or local actors. That enforcement structure has not been extensively tested in the courts, but the judge said his rulings could not prevent private parties from filing civil lawsuits in state court.

“Because the ability to remedy a plaintiff’s injury through a favorable decision is a prerequisite to a plaintiff’s standing to sue — an ability absent here — the Court dismisses the case for lack of jurisdiction,” Judge James Wesley Hendrix wrote.

Almost 30 cities have sought to ban abortions by declaring themselves so-called sanctuaries for the unborn. Lubbock, a city of some 259,000, is the largest to do so, and the first to have an abortion provider in its city limits. Planned Parenthood opened a clinic to offer birth control and other services in Lubbock last year and began providing abortions this spring.

“We will continue to stand up for [them] with all of our resources,” he said.

The city of Lubbock said in a news release it would continue to “vigorously defend the ordinance” if additional litigation was filed.

The ruling is a window into how courts may receive lawsuits about a newly passed state law that bans abortions as early as six weeks. It follows the same blueprint as the Lubbock ordinance by barring state officials from enforcing the law. But it is far broader, allowing anyone to sue those who assist with an abortion after a fetal heartbeat has been detected, like by driving someone to a clinic or paying for the procedure. People who sue do not have to be connected to someone who had an abortion or be residents of Texas. The law is set to take effect in September. A legal challenge is expected.

Neither the state law nor the Lubbock ordinance makes exceptions for people pregnant as a result of rape or incest.

The U.S. Supreme Court, in Roe v. Wade, said states can’t ban abortions before the fetus can survive outside the womb, starting around 23 or 24 weeks.

Mark Lee Dickson, director of the Right To Life of East Texas, and pastor behind the “sanctuary city for the unborn” movement, said the court’s ruling was an “emphatic vindication.”

“We have said from the beginning that this ordinance is completely bulletproof from pre-enforcement lawsuits,” he said.

Adriana Piñon, policy counsel and senior staff attorney of the American Civil Liberties Union of Texas, which sued Lubbock with Planned Parenthood, said the organization was disappointed the court did not hear the “substance” of the lawsuit, and that people in Lubbock would be not be able to “access essential health care” as a result.

The ACLU of Texas previously sued seven East Texas towns that passed similar measures, but those cities weren’t home to abortion providers and had differently worded ordinances. The lawsuit was dropped.

Restoring land around abandoned oil and gas wells would free up millions of acres of forests, farmlands and grasslands