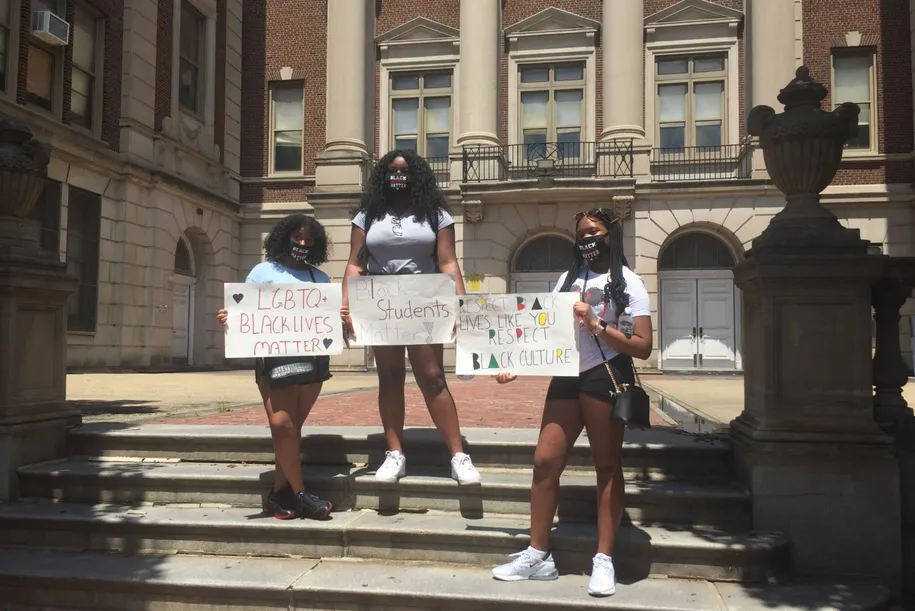 As part of an effort to be an “antiracist institution,” the Philadelphia school district is changing its school admissions process to make the city’s most coveted magnets more accessible to those who have been traditionally underrepresented — primarily low-income Black and Latino students.

All students who qualify, based on criteria including their grades and attendance, will now be selected from a lottery, rather than giving principals the final say from among a larger pool of eligible students. For five of the city’s most selective schools, preference will be given to students from zip codes that historically have sent few students to them.

The district’s most selective schools, Central and Masterman, have long seen overrepresentation of white, and more recently, Asian American students, and underrepresentation of Black and Latino students. But the severity of the imbalance has fluctuated. Last year, students, faculty and alumni at both schools pointed with alarm at the shrinking proportion of Black students compared to earlier eras and demanded change.

“We will continuously look at our practices so all students in the city of Philadelphia have equal access,” said Karyn Lynch, the district’s chief of student supports, whose office oversees the process.

School selection for the 2022-23 school year was due to open at 4 p.m. Wednesday and will run through midnight on Nov. 21. Now called Smart Choice, it is entirely online and centralized. The application will be available in nine languages.

The changes were made after talking to hundreds of teachers, administrators, principals, parents and students, district officials said. “Our central objective is to make systemic change, and to align ourselves with an equity focus,” said Sabriya Jubilee, director of the district’s new Office of Diversity, Equity and Inclusion.

As officials continue to “delve deeper into the equity lens process,” more changes are likely in the future, Lynch and Jubilee said.

The schools for which a zip code preference will be applied are Central, Masterman (which admits students starting in fifth grade), Carver High School of Engineering & Science, Academy at Palumbo, and Parkway Center City Middle College.

These schools will also now require a writing sample, but those essays will be digitally scored. “We worked hard to avoid data points that involve human assessment,” Lynch said. The process will be entirely centralized, she said.

For the second year, scores on state standardized tests, the PSSA, will not be considered. Due to the pandemic, the tests were not administered in the spring of 2020 or 2021. It will also eliminate from the requirements interviews or letters of recommendation.

Test score cutoffs have historically contributed to Central and Masterman admitting a disproportionate number of white and Asian American students. Some neighborhoods and elementary schools rarely send students to those schools. About a third of admitted students come from private and parochial schools outside the district.

Whether test scores will permanently be eliminated is still under consideration, officials said.

The changes are likely to be controversial, as parents and some officials, including former Governor Ed Rendell, have made the argument that access to the city’s flagship schools is what keeps many middle class families, particularly those who are white, in the city. Past attempts to make similar changes, most recently under Superintendent William Hite’s predecessor Arlene Ackerman in 2010, have failed. In the 1990s, Superintendent David Hornbeck tried to implement a similar policy, but clashed with Rendell, then the city’s mayor.

“We recognize that there will be people that are uncomfortable, but we’re leaning into that discomfort, and we’re going to do what we need to [in order to] do right by our students,” Jubilee said. “It’s our responsibility, our duty.”

The district has three tiers of high schools. The selective admission schools traditionally have had test score cutoffs at least above the 88th percentile as well as stringent grade, attendance, and discipline criteria. Citywide admission schools include the city’s longstanding Career and Technical Education centers like Dobbins and Mastbaum, but also a group of specialty schools created over the last two decades like the Workshop School, Robeson, and U School. And the third category are the traditional neighborhood schools, some of which contain magnet programs that have admissions requirements, like Northeast’s Aeronautical Academy.

In addition to the zip code preferences, the district plans to look at curricular offerings in schools in all neighborhoods to make sure that more students are adequately prepared to meet the selective schools’ criteria.

But the policy changes go beyond affecting the most selective high schools. Parents have the opportunity to choose a different school for their children than their traditional neighborhood catchment starting in kindergarten.

Historically, under a court-ordered voluntary desegregation plan that was in effect for close to three decades starting in the 1980s, parents could choose elementary schools outside their catchment if their child’s presence would improve the receiving school’s racial balance.

But Lynch said that in this new plan, the goal is primarily to give parents choice, not to promote a larger goal of diversity or integration.

“The opportunity for families and parents to have choice is important,” she said.

Outside of that desegregation process, there was always a mechanism for parents to request that their child attend another school, sometimes for reasons of convenience, such as a different school being closest to a workplace or to the home of a caregiver, such as a grandparent.

Stephanie King, a white parent with two students in Kearny Elementary, a predominantly Black school in Northern Liberties, has long argued that white parents in gentrifying neighborhoods like hers use the selection process to avoid largely Black neighborhood schools. She questioned how allowing parents to do this would promote the goals of equity.

“How is this actually going to feed into equity plans, when the process has historically favored more privileged students?” she said. She requested a list of kindergarten students who sought transfers this year — 534 out of more than 12,000. More than 200 were white, a percentage out of proportion to their numbers in the district, about 14%.

Some of them, King said, are people in her neighborhood who apply to send their children to Adaire, Hackett, or Moffett — nearby schools with larger percentages of white students.

But Lynch said that the district’s analysis showed that parents of all races and ethnicities sought transfers for a variety of reasons and sees little evidence that parents seek to avoid schools with certain demographics. There are parents who want to transfer into Kearny, Lynch said.

Behind the patterns and practices and expectations today, both on the part of parents and people who work in the schools, is a long history that needs to be studied, Jubilee said.

“In order to undo the patterns,” she said, “we have to understand them.”