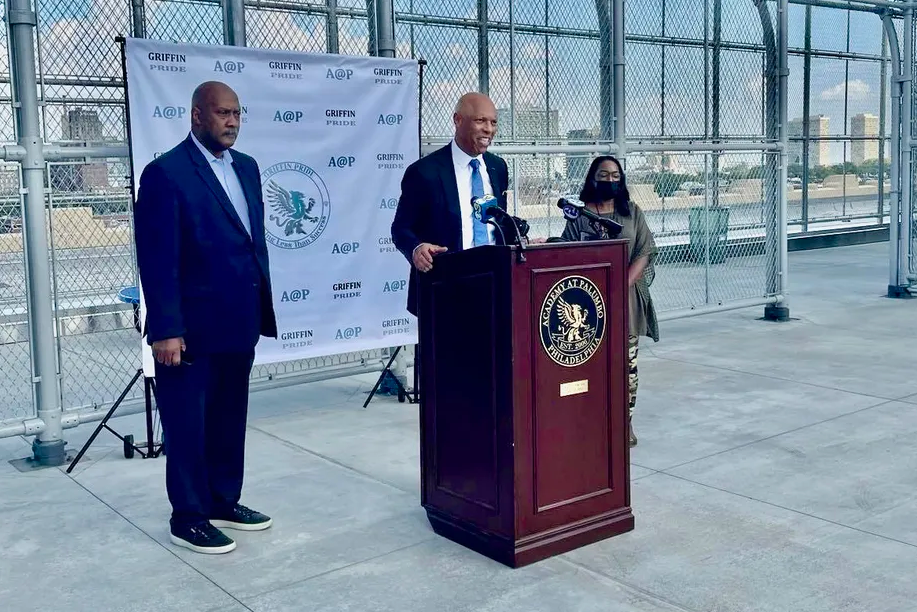 Philadelphia Superintendent William Hite and U.S. Rep. Dwight Evans advocated Friday for school-repair initiatives to remain in a federal bill that would provide funding for the district to restore older buildings.

Parents and teachers have complained for years about dangerous conditions in Philadelphia schools, especially around asbestos, and have called for greater transparency about existing problems and repair efforts.

Hite and Evans said two proposals could help pay for repairs in older, historic school buildings in Philadelphia, such as Julia R. Masterman Laboratory School and the Academy of Palumbo High School in South Philadelphia. But other schools in the state also have needs, they said.

“Philadelphia is not alone,” Hite said. “This is a statewide problem. And these two proposals will help provide statewide solutions. The average age of our school buildings in Pennsylvania, which serve more than 1.7 million students, is 57 years old — almost a decade older than the national average.”

Evans, a Democrat whose district includes parts of Philadelphia, has proposed the Rehabilitation of the Historic Schools Act, and U.S. Rep. Bobby Scott, also a Democrat, proposed Rebuild America’s Schools Grant Program. As a member of the House Ways and Means Committee, which oversees taxes, Evans included his school-repair tax credit, which also passed the House last year, in President Biden’s Build Back Better bill. The legislation would allow an existing federal tax credit to be used to repair historic school buildings, such as Palumbo, which was built 91 years ago.

The Build Back Better bill has been estimated at $3.5 trillion over 10 years, though Biden has acknowledged it will likely need to be scaled down to pass. The proposed spending plan includes an extensive social safety net with child tax credits, paid family leave and universal prekindergarten.

In order for schools to qualify for the rehabilitation tax credit they would have to be on the historical lists, Evans said. “In the next week or two, some decisions will be made. I want to make sure this is on the table,” he said.

Scott’s proposal would distribute $82 billion dollars to school districts across the U.S. to improve school facilities. The funding would mandate a 10% state match, requiring legislators in Harrisburg to invest in school buildings to take advantage of the federal program.

There is no dedicated state or federal funding for school facility improvements across Pennsylvania.

Philadelphia’s Board of Education approved Thursday the issuance of two series of bonds designed to fund necessary capital improvements. The district generated $375 million from the bonds for its capital improvement program, which was approved by the board in May.

Philadelphia Federation of Teachers President Jerry Jordan said the union supports school facilities funding in federal legislation. “We’ve been clear on that from the start,” he said.

Palumbo’s principal Kianna Thompson said the school has some classrooms that have damage to the paint and plaster that needs to be corrected caused by some flooding in 2018. The school now has a new roof with areas to eat and play basketball.

“Additional funding for infrastructure would be greatly needed,” she said.

This article was originally posted on School repair should remain in federal bill, Philly officials urge