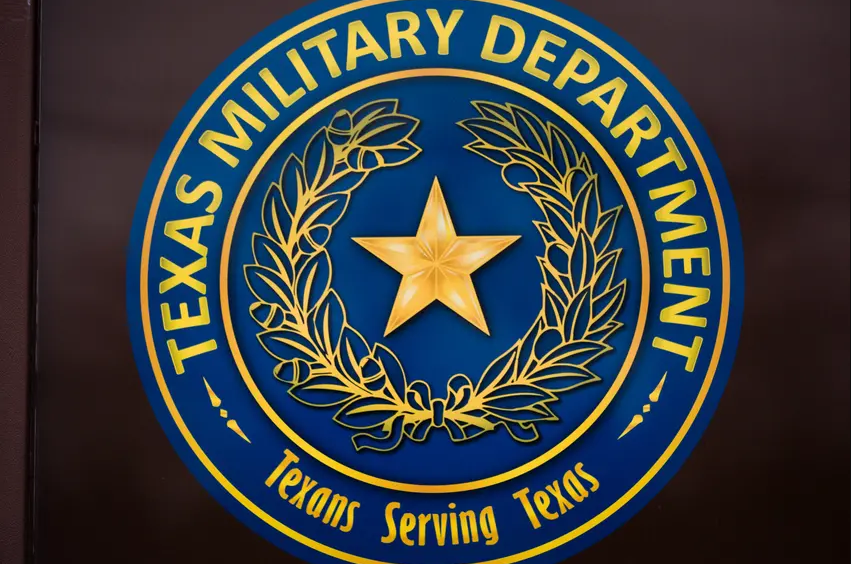 Maj. Gen. Charles Aris, the commander of the 36th Infantry Division, was replaced effective Thursday, according to a Texas Military Department announcement. Aris will retire after 34 years in the military and Brig. Gen. Win Burkett is the storied unit’s new commanding general.

Aris commanded the division for only five months.

“I thank General Aris for his more than three decades of service to our country, and for his leadership both overseas and at the Texas Military Department,” said Maj. Gen. Tom Suelzer, an Air Guard pilot who earlier this week was named leader of the Texas National Guard.

Over the past year, Texas officials have deployed thousands of troops and dedicated billions of dollars to stem an increase in migrants crossing the Texas-Mexico border. But the operation has been mired in controversy as National Guard troops have called it a disaster. Several service members tied to the mission have also died by suicide, leading to calls for an investigation from congressional Democrats.

“We thank [Brown] for his service and wish him well in his future endeavors,” Col. Rita Holton, a spokesperson for the department, said in an email on Tuesday.

The departure of three top officials in a week is the clearest sign yet that Abbott and Suelzer are looking to make changes to the heavily criticized mission — and one of the soldiers leading a unionization effort welcomed the moves.

“This is a great sign that MG Suelzer is committed to real change in the leadership,” said Spc. Hunter Schuler of the Texas State Employees Union’s Military Council. “We hope that these changes will percolate down the chain of command to the benefit of all soldiers.”

State Rep. Alex Dominguez, D-Brownsville, who has been critical of the mission, also said he was “encouraged by the leadership changes across the board at TMD.”

“These changes reflect a recognition of the failures of previous leadership and a newfound sense of responsibility for the well-being of our soldiers on the border,” Dominguez said in a written statement. “I hope that our new leaders in these positions are better stewards of the public trust. Our service members, and our state, rely on them for safety and success.”

Operation Lone Star began last March with 500 National Guard service members who volunteered for the mission. Abbott ramped up its scale in September, eventually deploying about 10,000 service members. But that increase required the Texas Military Department to hastily mobilize troops involuntarily with little notice to service members who serve part-time and have civilian lives, jobs and families.

Service members have said they experienced deplorable living conditions, a lack of appropriate gear and problems receiving their pay on time. Many have also complained that they do not have a clear mission on the Texas-Mexico border and are being used as “political pawns” for Abbott’s reelection campaign. The Republican is seeking a third term in November and is facing his biggest challenge yet from Democrat Beto O’Rourke, who along with other politicians has been critical of the operation.

Although the 36th Infantry Division did not have any operational responsibility with Operation Lone Star until a February reorganization placed the mission’s task force under the unit, Aris became publicly associated with many of its issues when he discussed the mission at length in a January town hall meeting that was recorded and leaked to news outlets.

When Military Times and The Texas Tribune asked if the mission’s command structure would change after Aris’ departure, Texas Military Department spokesperson Holton said Suelzer “is assessing all military operations under his purview and is committed to making any, and all, changes and recommendations necessary to support the women and men of the Texas Military Forces.”

Aris also drew criticism in January for his response to a question from Military.com about troops’ financial hardships.

“Is there someone that lost money? Probably. But it’s not different from any other deployment I’ve been on,” the retiring division commander said.

Abbott has mostly ignored the criticism in public, saying his critics are “playing politics” over the suicides tied to the mission. In announcing Norris’ departure, he thanked her for “her exceptional service to the State of Texas” and did not mention the scathing criticism the department had received in recent months. ​​A leaked survey in February of members of one of the six Operation Lone Star units found widespread skepticism and frustration with the mission.

“We are disposable in the eyes of top leaders, from the governor on down,” one survey respondent said. “The leadership failures of this mission will be a case study for military leaders for years to come.”

Abbott’s office did not immediately respond to a request for comment Thursday.

The Texas Military Department has worked to address the pay issues, living conditions and morale problems on the mission since news outlets began reporting on them at the end of last year. But it has downplayed the suicides tied to the mission. Holton, the department’s spokesperson, told a news outlet that suicides increased in the general population.

“We’ve had suicides in our organization; there are suicides in every organization,” she told Military.com in January. “Unless the individual left a note and said, ‘I’m going to kill myself because I’m serving on this mission,’ there’s no way anyone can say it’s due to their service on the mission.”