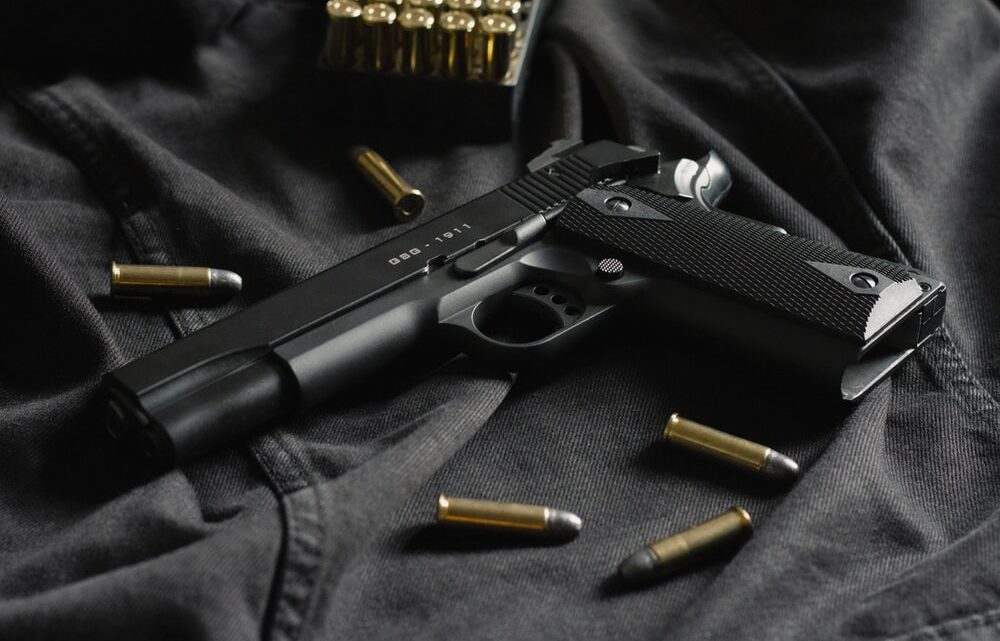 State Rep. James White passionately defended the bill he co-authored that allows Texans to carry handguns in public without training or having to get permits during an interview at the 2021 Texas Tribune Festival. Gun control advocate and fellow panelist Shannon Watts poked holes in the legislation, recently signed into law, and said the Republican lawmaker was beholden to the National Rifle Association.

Watts, founder of Moms Demand Action for Gun Sense in America, repeatedly pointed out that despite arguments from White and his colleagues that more guns make a safer Texas, gun violence has increased year over year.

“Why does Texas still have high gun violence, yet they have a higher rate of gun ownership?” Watts said.

White, who is running for Texas agriculture commissioner in 2022, jointly authored House Bill 1927, which went into effect this month. In mounting his defense for the bill, he pulled out a stack of papers.

“Because I’m a member of the Legislature, I’ve taken an oath to the Texas Constitution and the U.S. Constitution,” White said. “Not anything called the gun lobby.

“I trust the people who vote for me,” White added.

But panel moderator Jim Henson, director of the Texas Politics Project at the University of Texas at Austin, eventually pointed out that in a recent poll he helped conduct, “only about 36% [of Texans] supported the content of HB 1927.”

“There was a time when the American public, if not opposed, in a majority faction was very indifferent on civil rights,” White said. “Should that have played on [President Lyndon Johson’s] pursuit of civil rights? I say no.”

The new Texas gun law that went into effect Sept. 1 allows anyone 21 years or older to carry a handgun in public without need for a permit or training as long as they aren’t otherwise prohibited from owning a firearm by law, such as people with felony or domestic violence convictions.

Before Sept. 1, Texans were mostly required to be licensed to carry handguns, regardless of whether they are open or concealed. To attain a license, applicants were required to submit fingerprints, complete four to six hours of training, and pass a written exam and shooting proficiency test. This didn’t apply to rifles, which do not require licenses to be carried in public.

When Gov. Greg Abbott signed the bill into law in June, he was joined at a table by Lt. Gov. Dan Patrick, House Speaker Dade Phelan and National Rifle Association leader Wayne LaPierre.

“I think it’s no mistake and no error that [White] has had his donations tripled by the NRA and its allies in the last year,” Shannon Watts said.