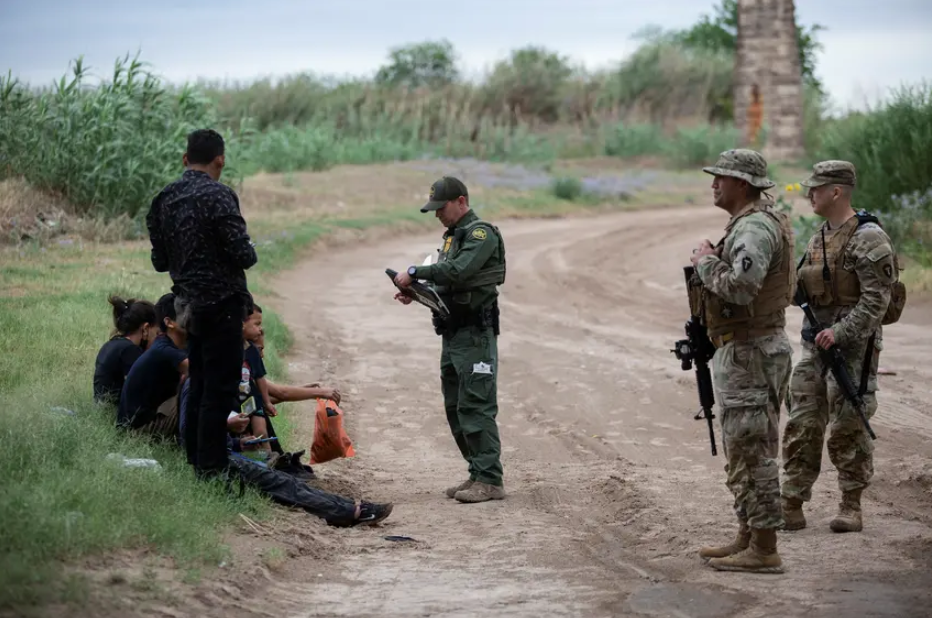 The recent death of a National Guard soldier who drowned trying to save migrants in the Rio Grande has led to increased scrutiny of the Texas Military Department’s policy discouraging service members assigned to Operation Lone Star, Gov. Greg Abbott’s border mission, from engaging in water rescues.

Hours after The Texas Tribune and Military Times reported that troops along the river — including Spc. Bishop Evans, who died last month trying to rescue a migrant — lacked flotation devices and rescue training, the agency’s leader Maj. Gen. Thomas M. Suelzer told lawmakers that troops are advised not to jump in the water to avoid risks.

On Monday, a Fox News reporter captured graphic video of a migrant drowning in the river in Eagle Pass as he attempted to cross into the United States. The reporter said Mexican authorities and National Guard service members witnessed the drowning but did not jump into the water even as other migrants yelled frantically for help.

The Fox News reporter said service members told him they were ordered not to do water rescues after Evans’ body was found April 25. He died while trying to save migrants in the same stretch of river.

Critics have said that a lack of guidance and equipment to perform life-saving rescues leaves soldiers dangerously unprepared to deal with a common scenario on the border while dehumanizing the migrants attempting to cross the river.

Laura Peña, director of the Beyond Borders program at the Texas Civil Rights Project, said asking troops not to jump in the water to rescue drowning migrants “sends the message that migrants’ lives are not worth saving.”

“It’s really very, very sad to think that the state of Texas has such little regard for people’s lives who are at risk,” Peña said. “They’re risking everything to seek protection, safety, the American dream.”

The uneven guidance comes as there have been nearly two dozen reported migrant drownings in the past month, according to The Washington Post. Despite the protocol, TMD troops have engaged in at least 15 water rescues a month since last fall, according to a source familiar with incident reporting who asked not to be identified because service members were warned by military leaders against speaking to the press.

State Rep. Ray Lopez, D-San Antonio, said asking troops not to help someone in a life-threatening situation was an unnatural request for service members who sign up to help others in need.

“You don’t want to ask anybody that’s a first responder to do something above and beyond what it is that you have trained them and equipped them for,” said Lopez, who served 14 years in the U.S. Army Reserve. “To me that’s the fallacy, that’s the problem. That’s the big sin.”

He added that military officials should be training and equipping the soldiers stationed near the river for water rescues.

“We haven’t trained them to do what’s instinctive,” he said. “Shame on us for not training them to do it.”

More than a year into Abbott’s border mission, the Texas Military Department is now distributing a limited number of flotation devices to troops on observation points near the river. It previously had reserved water equipment for troops stationed on the water, according to sources familiar with logistics operations. Military Times and the Tribune earlier reported that logistical challenges delayed the deployment of water equipment that could have spared Evans’ life.

After Evans’ death, Suelzer said military officials reiterated to troops who have water equipment that they should throw flotation devices to migrants instead of getting in the water themselves. Service members are still instructed not to go in the water unless they are trained in water survival.

“That’s meant to stop that from happening,” Suelzer told lawmakers of TMD’s instruction to deploy rescue equipment. “You throw the bag to somebody who’s drowning so you don’t get in the water.”

Experts cautioned that providing troops rescue equipment without the training could lead to more fatalities.

“If you give somebody something and they think, ‘OK, this is going to be a tool that I can do this rescue with,’ all that happens is we have two victims now,” said Mike Turnbull, board chairperson of Rescue 3 International, a water and flood rescue training group.

The Texas Military Department did not respond to multiple requests for comment. At a legislative hearing after publication of this story, Suelzer told lawmakers that by the end of Tuesday, the department will have distributed the 235 rescue throw bags it has on hand. That equipment has been distributed to 64 locations along the river where TMD believes service members could encounter drowning migrants.

He also said the department would provide training on how to use the throw bags during the first two weeks of May.

“When we field new equipment, we also want to train people,” Suelzer said. “That’s step number two, don’t give them a piece of equipment they’ve never trained on.”

Evans, who was promoted to sergeant posthumously, was not given a flotation device or training that could have aided a rescue, TMD said previously.

That’s as 23 migrants had drowned in April in the same stretch of water Evans was patrolling and service members had entered the water to help migrants 15 to 20 times a month since last fall, according to a source familiar with incident reporting.

By contrast, the U.S. Border Patrol equips agents with flotation devices and rescue ropes, and Turnbull said his group provides water rescue training to the agency. A week before Evans’ death, Border Patrol agents from a marine unit in Eagle Pass rescued a dozen migrants who were swept off their feet by a swift current by deploying flotation devices and rescue ropes.

Jenn Budd, a former Border Patrol agent, said agents assess a situation before deciding whether to jump into the river to help a drowning migrant, but they are also provided tools and training to aid the rescue.

The Texas Department of Public Safety, which has 1,600 troopers deployed to the border mission, provides all of its troopers with rescue throw bags and water training, the department’s director Steve McCraw told lawmakers on Tuesday.

Budd said the lack of training from the Texas Military Department was negligent and compared it to sending service members into the desert without water.

“There’s no excuse for the military to not have a policy,” said Budd, now a Border Patrol critic. “You’re putting the lives of the soldiers at risk when you don’t properly train them and make them understand that this is a flowing river.”

Even tools like throw ropes and rescue bags typically require a few days’ training for someone to safely and effectively deploy them in a rescue situation, Turnbull said.

“You don’t know what’s under the water,” he said. “[Are] there foot entrapments? Is there barbed wire? What is underneath there? And if you don’t have the training and the right equipment, death is sure something that can happen.”

Turnbull’s organization recommends a three-day course that entails swimming, learning how rivers and floods work, and lessons on water dynamics, like how much water it takes to wash away a car.

“That’s the thing that has been so valuable to all these folks that we’ve trained over the years,” he said. “It’s understanding something that is not familiar [for] everybody.”

Budd said military leaders are also not taking into account the trauma that can develop from deciding not to jump into a river and watching a person die. That can affect the troops’ morale, which has taken a hit following deplorable living and working conditions during the mission and a number of suicides tied to Operation Lone Star.

One soldier assigned to the mission told the Tribune and Military Times that two of his colleagues had witnessed a migrant drowning in February, describing the experience as “extremely emotionally distressing.”

“They didn’t even have time to jump in the river to save anyone,” the soldier said, adding that the event inspired a now-fulfilled request to equip each observation point in the sector with emergency throw ropes that give troops more options to help.

The military department has said it has offered mental health professionals to airmen and soldiers on the mission.

“You’re not going to tell some young man to not go save a woman or kid drowning in the river. That’s not in our DNA as soldiers,” said state Rep. James White, R-Hillister, a former infantry officer in the Army. “I’m confident that as these devices are distributed, they’ll come with appropriate training and protocols.”

But without the right training and clear policies, rescue expert Turnbull explained, the equipment won’t be enough.

“Just a few throw bags and [a few] ring buoys?” he asked. “They’re setting themselves up for more heartbreak.”

New Jersey economic forecast, based on U.S. pattern, not optimistic