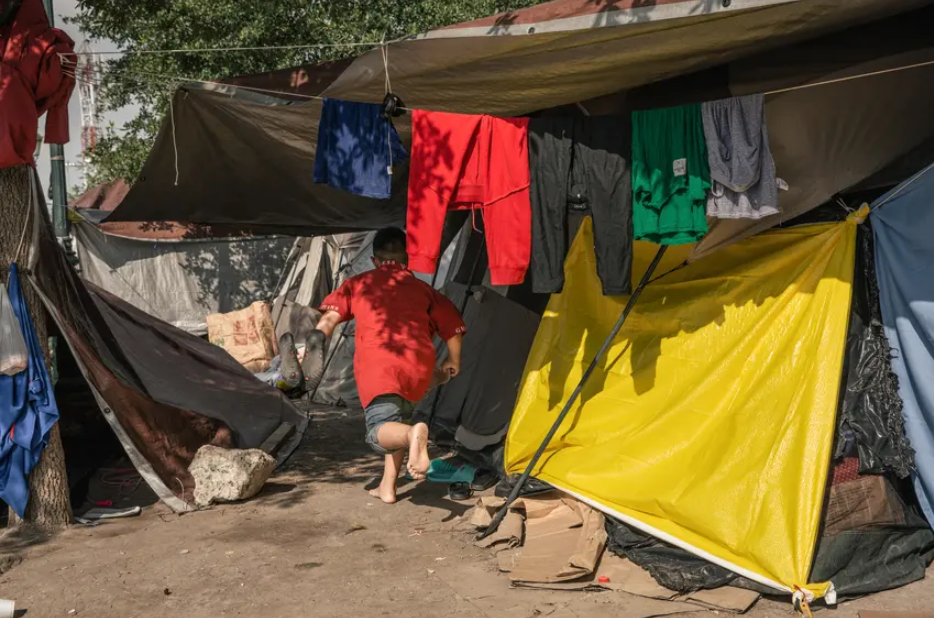 Texas Attorney General Ken Paxton filed a lawsuit against the Biden administration on Friday to halt the Centers for Disease Control and Prevention from lifting Title 42, a pandemic-era health order used by federal immigration officials to expel migrants, including asylum-seekers, at the U.S.-Mexico border.

Title 42, which was enacted in March 2020 by the Trump administration, has been used 1.7 million times to expel migrants. Many of them have been removed multiple times after making repeated attempts to enter the U.S.

The CDC has the authority to enact orders like Title 42 under the 1944 Public Health Service Act, which gives federal officials the authority to stop the entry of people and products into the U.S. to limit the spread of communicable diseases. Part of the reason the agency is planning to lift the order soon is that COVID-19 cases have been decreasing and vaccinations have become widely available. The order is set to expire on May 23.

“The Biden Administration’s disastrous open border policies and its confusing and haphazard COVID-19 response have combined to create a humanitarian and public safety crisis on our southern border,” the lawsuit says, which was filed in the Southern District of Texas in Victoria.

U.S. Health and Human Services Secretary Xavier Becerra, who is named as a defendant in the lawsuit, said on Thursday during a virtual event with the Council on Foreign Relations that health orders are not immigration policies.

Texas has led the legal fight against the Biden administration’s immigration policies. The state has filed numerous lawsuits that have led to judges overturning or altering those policies, including the administration’s attempt to exempt children in a separate lawsuit from being expelled under Title 42. A federal judge in Fort Worth blocked the exemption.

The state has filed at least 20 other lawsuits in Texas-based federal courts, most of them led by Paxton, against the Biden administration over everything from federal mask mandates to halting the long-disputed Keystone XL pipeline. Judges appointed by former President Donald Trump have heard 16 of the cases and ruled in favor of Texas in seven. The other nine are pending, as of last month.

A majority of these lawsuits have been filed in courts in which the judge was appointed by Trump.

Title 42 has been a lightning rod politically, with migrant advocates and many Democrats hammering the Biden administration for continuing it and claiming it delivers migrants into the hands of criminals in Mexican border cities. New York-based Human Rights First said it has identified nearly 10,000 cases of kidnapping, torture, rape and other violent attacks on people expelled to Mexico under Title 42 as of March 15.

This article was originally posted on Texas sues to block Biden administration from lifting Title 42, a pandemic-era health rule used to expel migrants