Please ensure Javascript is enabled for purposes of website accessibilityU.S. Customs and Border Protection’s closure of Del Rio bridge disrupts businesses and jobs on Texas side of the U.S.-Mexico border – Capitol Hill Pulse Skip to the content 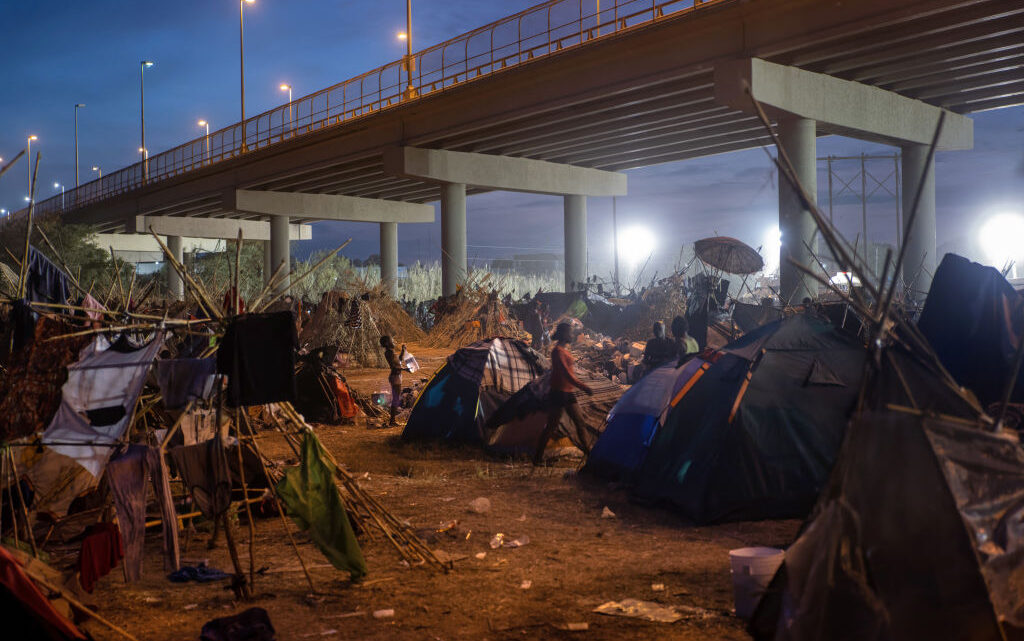 U.S. Customs and Border Protection’s closure of Del Rio bridge disrupts businesses and jobs on Texas side of the U.S.-Mexico border

It usually takes Monce Raso 40 minutes to drive from her home in Ciudad Acuña across the international bridge to Del Rio, where her four children attend school and she works as a waitress at a downtown diner. On Monday, it took her seven hours.

With immigration agents having to process up to 15,000 migrants, mostly Haitians, at the bridge’s port of entry, U.S. Customs and Border Protection closed the bridge that connects the Mexican city with the American one on Friday night.

Raso and her two co-workers, who also live in Ciudad Acuña, missed work over the weekend because of the closure but arrived Monday evening after entering through Eagle Pass, an hour east of Del Rio, to start work again on Tuesday morning. She said it took seven hours because there was so much traffic at the Eagle Pass bridge.

Before the Del Rio bridge’s closure, immigration officials had already closed off access to Mexican citizens, unless they were essential workers, because of the pandemic. This cut off tourists, which Del Rio’s economy depends on. Now, with the bridge closed altogether, it will continue to have a negative impact on the city’s budget because city officials collected a toll there, Del Rio Mayor Bruno Lozano said Tuesday.

​​Lozano added that he was told by federal officials that they will assess if the bridge can open in at least 48 hours.

The closure also caught some people off guard, causing a disruption to residents’ daily lives, particularly businesses whose employees live on the Mexican side. From gas stations to restaurants and hotels, Del Rio has had a workforce shortage during the bridge’s closure.

“I know they said they were going to close the bridge on Friday, but I thought they were lying,” said Raso, who was preparing to-go food orders at the restaurant on a recent Tuesday afternoon. She was able to make it to Ciudad Acuña before the bridge closed, she said.

She and her two co-workers, who also live in Ciudad Acuña, didn’t show up to work on Saturday and Monday because of the bridge closure. The owner called a neighbor to help her run the restaurant Saturday morning, one of the busiest days, the women said.

Raso, who was born in San Bernardino, California, lives in Ciudad Acuña with her husband and children and works in Del Rio. Many of the 35,000 residents here live a binational lifestyle, with some having homes in both cities and their children going to American schools while living in Mexico.

Raso said she has a home in Del Rio and usually goes to Ciudad Acuña on the weekends to spend time with her husband. But if the bridge is still closed this Saturday, she will stay put.

“It’s not worth it driving back and dealing with the traffic,” Raso said. “My day’s pay will just go to gas.”

​​State Rep. Eddie Morales, D-Eagle Pass, said he doesn’t agree with the bridge being closed because he doesn’t feel it’s worth the impact on residents of Acuña and Del Rio. He said the federal government could send more agents to process the migrants while also attending to the bridge traffic.

“There are better strategies,” Morales said.

Gov. Greg Abbott held a news conference Tuesday near the encampment of Haitians seeking asylum, which is under the bridge on the U.S. side. As of Tuesday, there were an estimated 8,000 migrants waiting to be processed. The Biden administration has flown thousands of migrants to other processing centers across the Southwest. On Sunday, it also started repatriation flights to Haiti and other countries of origin.

Abbott said if migrants continue to come to Texas, he will use state law enforcement resources to arrest and prosecute them on state charges. Abbott blamed President Joe Biden for what the governor describes as open border policies.

The administration is still expelling many migrants under Title 42, the pandemic health order issued by the U.S. Centers for Disease Control and Prevention last year to rapidly expel migrants to Mexico or their home countries without the opportunity to ask for asylum. In order to ask for asylum, a person must apply for it within one year of being in the U.S.

“If you’re targeting Texas … we’re going to show up in force,” Abbott said.

He said his employees are American citizens, but some of them have relatives who were deported and moved to Acuña to live with their families but continue to work in Del Rio. Others, he said, live in Mexico because their salaries go further there.

On Saturday, he said, three of his six employees didn’t show up to work because of the bridge being closed. He said Saturday is the busiest day for dine-in customers, but because he was missing employees, he only offered takeout.

Regardless of residents’ political stance, the government’s response to the migrants asking for asylum “affects us all one way or another,” he said.

“I know this is the land of opportunity,” Chavez said, “But enough is enough.”

This article was originally posted on U.S. Customs and Border Protection’s closure of Del Rio bridge disrupts businesses and jobs on Texas side of the U.S.-Mexico border