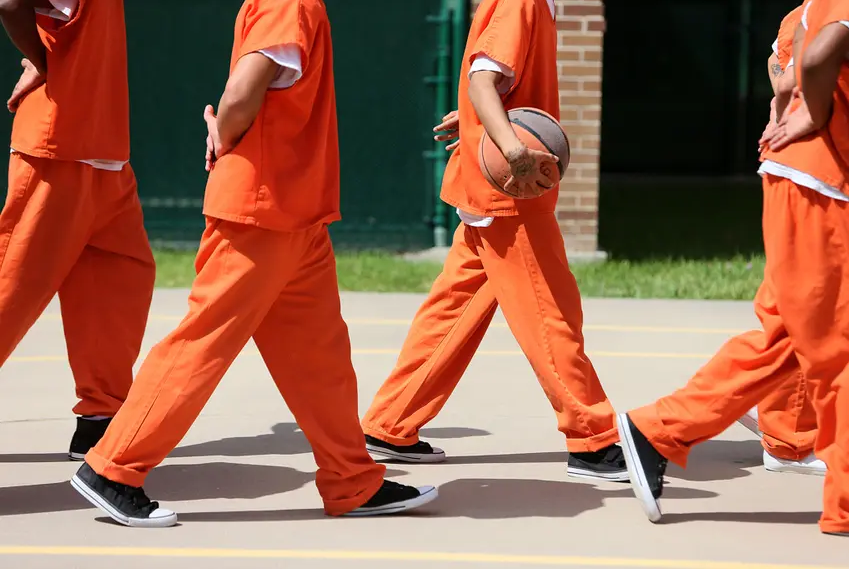 The federal government opened an investigation Wednesday into Texas’ long-troubled juvenile lockups, which currently detain nearly 700 teens who often are found to need heightened supervision or have committed violent crimes.

The U.S. Department of Justice announced that it would examine whether children detained in the Texas Juvenile Justice Department’s five lockups are reasonably protected “from physical and sexual abuse by staff and other residents, excessive use of chemical restraints and excessive use of isolation.”

The announcement comes days after the agency reported the latest arrest of a former staffer accused of improper sexual activity with a person in custody. Devin King, 29, was arrested Friday for allegedly touching the breast of an 18-year-old detainee while he worked as a detention officer. The incident was first reported in July, the agency said.

For more than a decade, TJJD has been slammed for reports of repeated sexual and physical abuse, as well as a lack of control. Last year, advocacy groups called for the federal government to step in, saying in a complaint that the department allowed “grievous violations of children’s constitutional rights.”

“Too often children held in juvenile detention facilities are subject to abuse and mistreatment, and deprived of their constitutional rights,” U.S. Assistant Attorney General Kristen Clarke said in the DOJ’s release. “State officials have a constitutional obligation to ensure reasonable safety for children in these institutions.”

​In a statement, TJJD’s executive director said the agency will cooperate fully with the probe.

“We all share the same goals for the youth in our care: providing for their safety, their effective rehabilitation, and the best chance for them to lead productive, fulfilling lives,” said Camille Cain. “That has been the agency’s mission since I joined TJJD, and it remains our constant focus.”

The agency’s board put Cain at the helm in 2018, when the department was under fire over its latest scandal. In 2017, The Dallas Morning News reported on agency reports that revealed guards at the Gainesville State School in North Texas were allegedly sexually abusing committed youth. Youth advocates called for the state to close its five juvenile lockups, state senators cried the agency was in need of a “total shakedown” and Gov. Greg Abbott sent in the Texas Rangers, prompting numerous arrests.

Cain said last year that TJJD was building “a system that allows us to work with youth in lower population settings and with sustainable staffing levels with salaries for direct-care staff that match the skills the job requires.” She noted that reform “does not happen quickly.”

Reports of sexual and physical abuse have continued, as have arrests. The advocacy groups’ complaint to the DOJ last year alleged staffing shortages led to unchecked gang activity throughout the lockups. An independent investigator reported that a lack of supervision of the youth led to an increase in tattooing.

This summer, Abbott again sent in the Texas Rangers to investigate. In a statement Wednesday, a spokesperson for Abbott reiterated Cain’s promise of cooperation and said the governor “has always prioritized the safety and well-being of all Texas children, including those in the state’s care.”

On Wednesday, the director of youth justice at Texas Appleseed, one of the advocacy groups that filed the complaint, said she was encouraged by the DOJ investigation and was eager to see what comes next. Brett Merfish, the director, said the investigation could lead to agreed changes or a lawsuit.

“We really need to be making real change, and we need to abandon these five state facilities and … move them into facilities that are meant to meet their needs and really focus on rehabilitation,” Merfish said.

In August, fewer than 700 juveniles were detained at TJJD’s five secure facilities, according to a state budget report. That number has dropped significantly over the last decade. ​​

In 2007, an abuse scandal similar to the one in 2017 prompted the Legislature to implement several reforms, and more county judges began opting out of committing youth to state-run facilities. At the time, the state had 12 juvenile lockups and around 5,000 youth in state custody, state reports detailed.

Merfish and other youth advocates have called for Texas to eliminate the state lockups entirely, instead keeping children in their home communities. They have cited a report that found children released from statewide facilities were more likely to commit new crimes than those kept near their homes.

“We’re not helping them,” Merfish said. “We’re hurting them more by putting them in these facilities.”