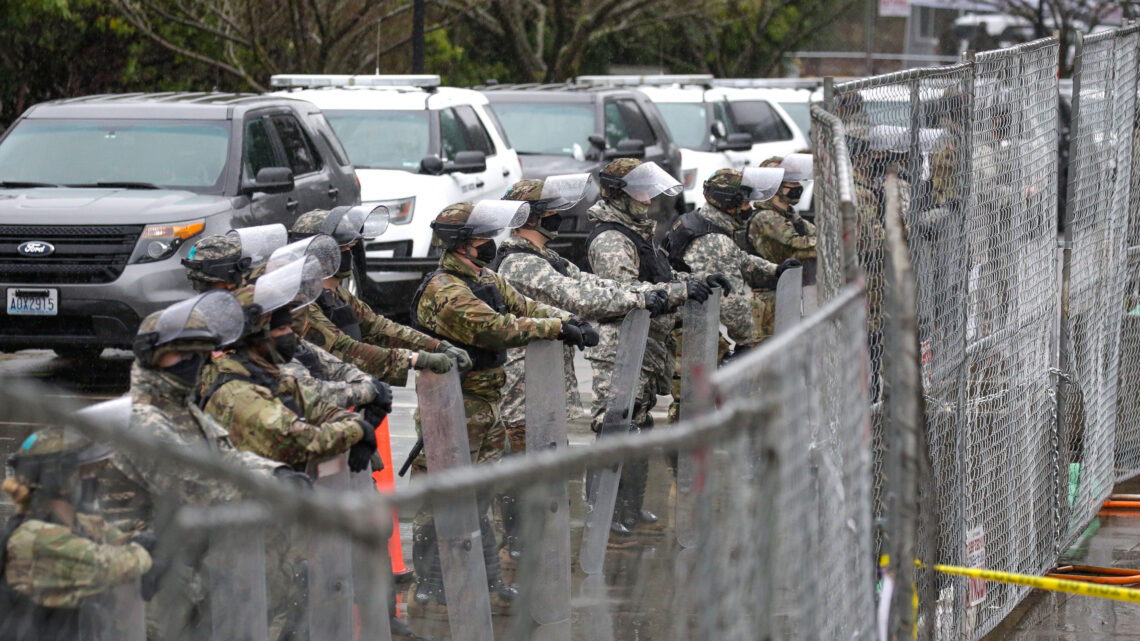 Members of the Washington National Guard will get a shot at winning more than $450,000 in prizes for the price of a COVID shot, Gov. Jay Inslee has announced.

Like the ongoing vaccine lottery for the general public, the contest will randomly choose a winner from among a pool of vaccinated National Guard members and their families. The military lottery, dubbed “A Heroes Thanks,” begins on July 20.

Over three weeks, the state will award three cash prizes. The first two total $100,000 each. The third and final grand prize amounts to $250,000. Several gift cards and state park passes are also being included as prizes.

The governor announced the giveaways during a Thursday, hailing it as a last-ditch effort to bump the state’s vaccination rates to 70% by the end of June. Just two weeks ago, Inslee unveiled the state’s “Shot of a Lifetime” lottery, which is offering $2 million in prizes. Cities like Pasco offer their own incentives, including $50 Visa gift cards for anyone getting a shot at Columbia Basin College this month. Rural regions like Franklin County continue to lag 12 percentage points behind the state’s climbing vaccination rates.

On Thursday, the Washington Department of Health (DOH) reported vaccines had made it into 67.8% of Washingtonian arms 16 and older, 140,000 people short of the 70% benchmark Inslee set for the state to end most mitigations.

State health officials worry Washington’s 18-month battle against the pandemic could see new roadblocks as new COVID variants make landfall. On Wednesday, state epidemiologist Dr. Scott Lindquist said one variant is “keeping him up at night”: P.1. The variant, according to a DOH report from June, is more infectious than other COVID strains and more resistant to antibody treatments.

“I’m very concerned about the role this one is going to take,” he said. “That is exactly what keeps me up at night,” Lindquist said.

The DOH reported 2,039 potential breakthrough cases this month or COVID-19 infections among fully vaccinated people. The number represents less than 1% of the 3.9 million people in the state who have received both doses or the one-shot Johnson & Johnson vaccine. Around half of the suspected breakthrough cases occurred in people ages 35 to 64.

In the meantime, Seattle and King County are the first places in the state to see 70% vaccination rates among adults and older teens. King County plans to drop its mask mandate by the end of the month. Seattle closed its mass vaccination site at Lumen Field last week, days before it became the first known city in the nation to vaccinate 70% of eligible residents with at least one dose.

On Thursday, the DOH reported 438 new COVID cases and nine deaths from the virus, bringing the state’s total caseload to 446,124 and its death toll to 5,810 people.