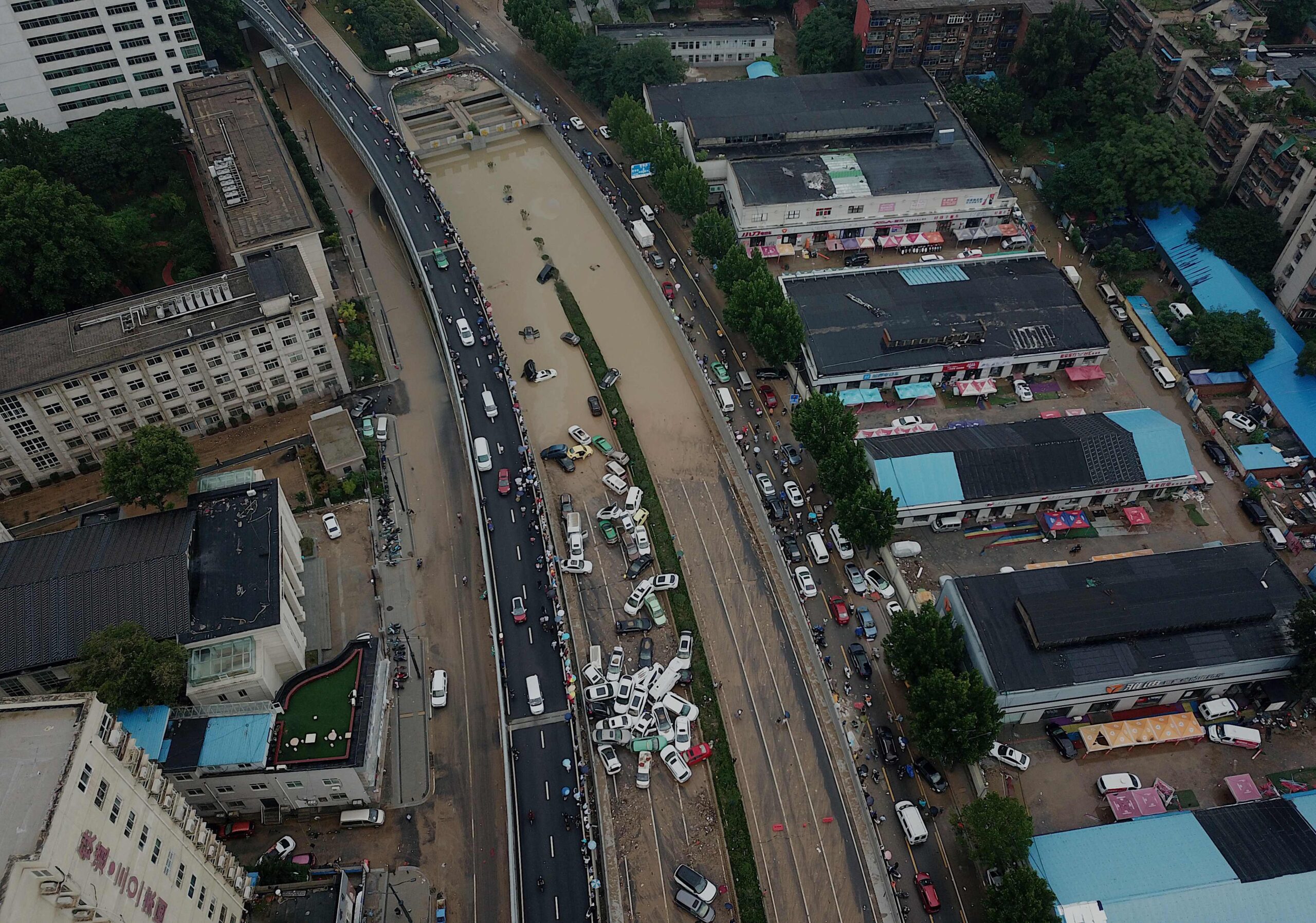 Climate change has been accumulating slowly but relentlessly for decades. The changes might sound small when you hear about them – another tenth of a degree warmer, another centimeter of sea level rise – but seemingly small changes can have big effects on the world around us, especially regionally.

The problem is that while effects are small at any time, they accumulate. Those effects have now accumulated to the point where their influence is contributing to damaging heat waves, drought and rainfall extremes that can’t be ignored.

The most recent report from the United Nations’ Intergovernmental Panel on Climate Change is more emphatic than ever: Climate change, caused by human activities like burning fossil fuels, is having damaging effects on the climate as we know it, and those effects are rapidly getting worse.

An excellent example of how climate change accumulates is Earth’s energy imbalance. I am a climate scientist and have a new book on this about to be published by Cambridge University Press.

The Sun bombards Earth with a constant stream of about 173,600 terawatts (that is 12 zeros) of energy in the form of solar radiation. About 30% of that energy is reflected back into space by clouds and reflective surfaces, like ice and snow, leaving 122,100 terawatts to drive all the weather and climate systems around us, including the water cycle. Almost all of that energy cycles back to space – except for about 460 TW.

That remaining 460 TW is the problem we’re facing. That excess energy, trapped by greenhouse gases in the atmosphere, is heating up the planet. That is the Earth’s energy imbalance, or in other words, global warming.

In comparison with the natural flow of energy through the climate system, 460 TW seems small – it’s only a fraction of 1 percent. Consequently, we cannot go outside and feel the extra energy. But the heat accumulates, and it is now having consequences.

To put that in perspective, the total amount of electricity generated worldwide in 2018 was about 2.6 TW. If you look at all energy used around the world, including for heat, industry and vehicles, it’s about 19.5 TW. Earth’s energy imbalance is huge in comparison.

Interfering with the natural flow of energy through the climate system is where humans make their mark. By burning fossil fuels, cutting down forests and releasing greenhouse gases in other ways, humans are sending gases like carbon dioxide and methane into the atmosphere that trap more of that incoming energy rather than letting it radiate back out.

Before the first industries began burning large amounts of fossil fuels in the 1800s, the amount of carbon dioxide in the atmosphere was estimated at around 280 parts per million of volume. In 1958, when Dave Keeling began measuring atmospheric concentrations at Mauna Loa in Hawaii, that level was 310 parts per million. Today, those values have climbed to about 415 parts per million, a 48% increase.

Carbon dioxide is a greenhouse gas, and increased amounts cause heating. In this case, the human increment is not small.

Where does the extra energy go?

Measurements over time show that over 90% of this extra energy is going into the oceans, where it causes the water to expand and sea level to rise.

Global sea level, measured by flights and satellites, was rising at a rate of about 3 millimeters per year from 1992 to 2012. Since then, it been increasing at about 4 millimeters a year. In 29 years, it has risen over 90 millimeters (3.5 inches).

If 3.5 inches doesn’t sound like much, talk to the coastal communities that exist a few feet above sea level. In some regions, these effects have led to chronic sunny day flooding during high tides, like Miami, San Francisco and Venice, Italy. Coastal storm surges are higher and much more destructive, especially from hurricanes. It’s an existential threat to some low-lying island nations and a growing expense for U.S. coastal cities.

Some of that extra energy, about 13 terawatts, goes into melting ice. Arctic sea ice in summer has decreased by over 40% since 1979. Some excess energy melts land ice, such as glaciers and permafrost on Greenland, Antarctica, which puts more water into the ocean and contributes to sea level rise.

Some energy penetrates into land, about 14 TW. But as long as land is wet, a lot of energy cycles into evapotranspiration – evaporation and transpiration in plants – which moistens the atmosphere and fuels weather systems. It is when there is a drought or during the dry season that effects accumulate on land, through drying and wilting of plants, raising temperatures and greatly increasing risk of heat waves and wildfire.

Over oceans, the extra heat provides a tremendous resource of moisture for the atmosphere. That becomes latent heat in storms that supersizes hurricanes and rainstorms, leading to flooding, as people in many parts of the world have experienced in recent months.

Air can contain about 4% more moisture for every 1 degree Fahrenheit (0.55 Celsius) increase in temperature, and air above the oceans is some 5% to 15% moister than it was prior to 1970. Hence, about a 10% increase in heavy rain results as storms gather the excess moisture.

Again, this may not sound like much, but that increase enlivens the updrafts and the storms, and then the storm lasts longer, so suddenly there is a 30% increase in the rainfall, as has been documented in several cases of major flooding.

In Mediterranean climates, characterized by long, dry summers, such as in California, eastern Australia and around the Mediterranean, the wildfire risk grows, and fires can be readily triggered by natural sources, like dry lightning, or human causes.

Extreme events in weather have always occurred, but human influences are now pushing them outside their previous limits.

The straw that breaks the camel’s back syndrome

So, while all weather events are driven by natural influences, the impacts are greatly magnified by human-induced climate change. Hurricanes cross thresholds, levees break and floods run amok. Elsewhere, fires burn out of control, things break and people die.

I call it “The straw that breaks the camel’s back syndrome.” This is extreme nonlinearity, meaning the risks aren’t rising in a straight line – they’re rising much faster, and it confounds economists who have greatly underestimated the costs of human-induced climate change.

The result has been far too little action both in slowing and stopping the problems, and in planning for impacts and building resilience – despite years of warnings from scientists. The lack of adequate planning means we all suffer the consequences.

We’re all exhausted but are you experiencing burnout? Here’s what to look out for