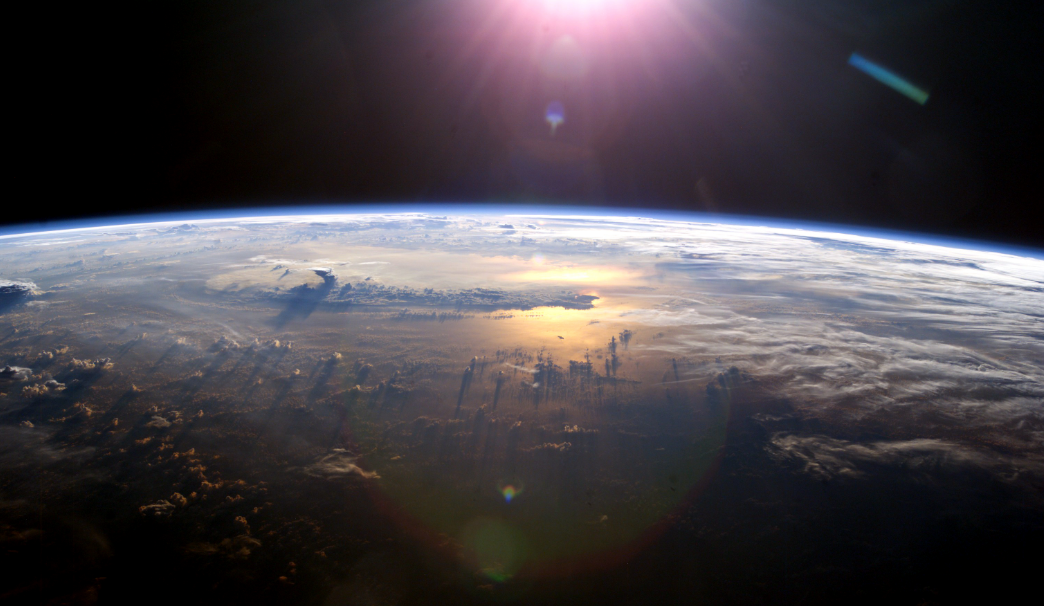 You probably remember your grade school science teachers explaining that energy can neither be created nor destroyed. That’s a fundamental property of the universe.

Energy can be transformed, however. When the Sun’s rays reach Earth, they are transformed into random motions of molecules that you feel as heat. At the same time, Earth and the atmosphere are sending radiation back into space. The balance between the incoming and outgoing energy is known as Earth’s “energy budget.”

Our climate is determined by these energy flows. When the amount of energy coming in is more than the energy going out, the planet warms up.

That can happen in a few ways, such as when sea ice that normally reflects solar radiation back into space disappears and the dark ocean absorbs that energy instead. It also happens when greenhouse gases build up in the atmosphere and trap some of the energy that otherwise would have radiated away.

Scientists like me have been measuring the Earth’s energy budget since the 1980s using instruments on satellites, in the air and oceans, and on the ground. It’s an important part of the new climate assessment from the United Nations Intergovernmental Panel on Climate Change report released Aug. 9, 2021.

Here’s a closer look at how energy flows and what the energy budget tells us about how and why the planet is warming.

Balancing energy from the Sun

Virtually all the energy in the Earth’s climate system comes from the Sun. Only a tiny fraction is conducted upward from the Earth’s interior.

On average, the planet receives 340.4 watts of sunshine per square meter. All sunshine falls on the daytime side, and the numbers are much higher at local noon.

Almost all of the absorbed energy is matched by energy emitted back into space. However, a residual now accumulates as global warming. That residual has increased, from just under 0.6 watts per square meter at the end of the last century to 0.79 in 2006-2018, according to the latest data from the Intergovernmental Panel on Climate Change. The vast majority of that is now heating the oceans. While it might sound like a small number, that energy adds up.

The atmosphere absorbs a lot of energy and emits it as radiation both into space and back down to the planet’s surface. In fact, Earth’s surface gets almost twice as much radiation from the atmosphere as it does from direct sunshine. That’s primarily because the Sun heats the surface only during the day, while the warm atmosphere is up there 24/7.

Together, the energy reaching Earth’s surface from the Sun and from the atmosphere is about 504 watts per square meter. Earth’s surface emits about 79% of that back out. The remaining surface energy goes into evaporating water and warming the air, oceans and land.

The residual between incoming sunshine and outgoing infrared is due to the accumulation of greenhouse gases like carbon dioxide in the air. These gases are transparent to sunlight but opaque to infrared rays – they absorb and emit a lot of infrared rays back down.

Earth’s surface temperature must increase in response until the balance between incoming and outgoing radiation is restored.

What does this mean for global temperatures?

Doubling of carbon dioxide would add 3.7 watts of heat to every square meter of the Earth. Imagine old-fashioned incandescent night lights spaced every 3 feet over the entire world, left on forever.

At the current rate of emissions, greenhouse gas levels would double from preindustrial levels by the middle of the century.

Climate scientists calculate that adding this much heat to the world would warm Earth’s climate by about 5 degrees Fahrenheit (3 C). Preventing this would require replacing fossil fuel combustion, the leading source of greenhouse gas emissions, with other forms of energy.

Earth’s energy budget is at the heart of the new IPCC climate assessment, written by hundreds of scientists reviewing the latest research. With knowledge of what’s changing, everyone can make better choices to preserve the climate as we know it.