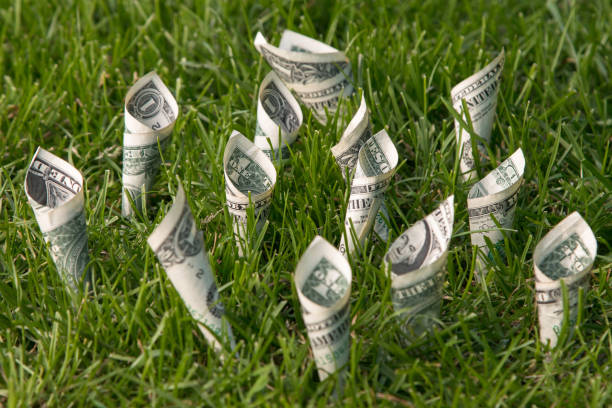 Oregon lawmakers have voted to pull the plug on a public agency accused of playing fast and loose with its ethical standards in its business with the timber industry.

The news concerns the state legislature’s decision on Tuesday to redirect millions from the Oregon Forest Resources Institute (OFRI) to the Oregon Department of Forestry (ODF). Around two-thirds of OFRI’s $4 million annual budget will fund climate research and small-time landowner aid under HB 2357.

The bill passed the House with five Democrats voting against it. They include state Rep. Brian Clem, D-Salem, who chairs the House Special Committee on Wildfire Recovery. The bill is awaiting referral to a committee in the Senate.

The proposal was introduced following a 2020 joint investigation from ProPublica, Oregon Public Broadcasting, and The Oregonian. They found the taxpayer-funded agency attempted to discredit state-sponsored climate research without merit. In 2018, investigators found that the OFRI organized a campaign to tarnish an Oregon State University (OSU) study that concluded that the state could significantly cut its carbon footprint if it felled trees on private land less often.

Based on thousands of emails obtained by investigators, the OFRI spent months informing lawmakers that the study was flawed and advised timber lobbyists on countering the study’s conclusions. According to the investigation, one OFRI employee offered to draft a written counterargument “those of us in the timber industry can use.”

OFRI Director Erin Isselmann described the investigation to state lawmakers as “inaccurate and harmful both to my professional and personal reputation.” Email communications obtained by investigators show Isselmann contacted one timber executive suggesting the OFRI conduct its own $60,000 counter study.

The investigation found that another OFRI official, Paul Barnum, contacted the OSU College of Forestry dean, Anthony Davis, attempting to convince him the study was faulty. Barnum and Isselmann, other emails found, were also privy to timber industry lobbying efforts and were asked to consult on a political attack ad against Gov. Kate Brown in 2018.

Barnum has denied any wrongdoing but told investigators it was inappropriate for him and Isselmann to have attended those meetings. He has argued the line between lobbying and networking is unclear. Lobbyists must be registered with the Oregon Secretary of State’s office.

The OFRI was created in 1992 with tax money from local timber companies to educate the public on logging laws and advertise good forestry practices. The OFRI’s board, as of 2020, was comprised of nine timber executives, one small forest landowner, and a timber labor representative.

If passed, HB 2357 will grow the OFRI’s board from 11 to 13 voting members. One new member would represent environmental groups while another would be versed in fisheries or wildlife science. One failed amendment introduced by state Rep. John Lively, D-Springfield, would have explicitly banned OFRI officials from lobbying. Lively, who did not support defunding the agency, was among the five “no” votes on the bill in the House.

Public hearings on HB 2357 this year have drawn dozens of testifiers. Most from the timber industry say the bill is unwarranted, while arborist groups called it a win for public transparency.

The Oregon Forest & Industries Council is among the bill’s chief opponents. The state trade group, which helped write the bill creating the OFRI, said HB 2357 would needlessly punish an invaluable public institution.

“It would be a gross miscarriage of justice to eliminate the jobs of dedicated public employees for no reason other than a sensationalized newspaper story,” said Mike Eliason, an industry council lobbyist, in his testimony to lawmakers.

Mike Barsotti, an ODF retiree and a forest landowner in Lyons, testified against the bill, saying the state legislature would burden the ODF with responsibilities it cannot handle. OFRI and Oregon State University’s Extension Service, he said, are well-established research hubs, more so than the ODF.

Barsotti said he does not believe the OFRI’s conduct was suspect.

“There are many ways to manage for healthy sustainable forests,” Barsotti said. “Selecting one and saying the other approaches are biased is just false.”

Limiting the timber industry’s influence on state forest boards is a hot topic in this legislative session. HB 2357 is among the first of such bills to pass the House in 2021.

A performance audit of the OFRI from the Secretary of State’s office is expected to be released later this summer.