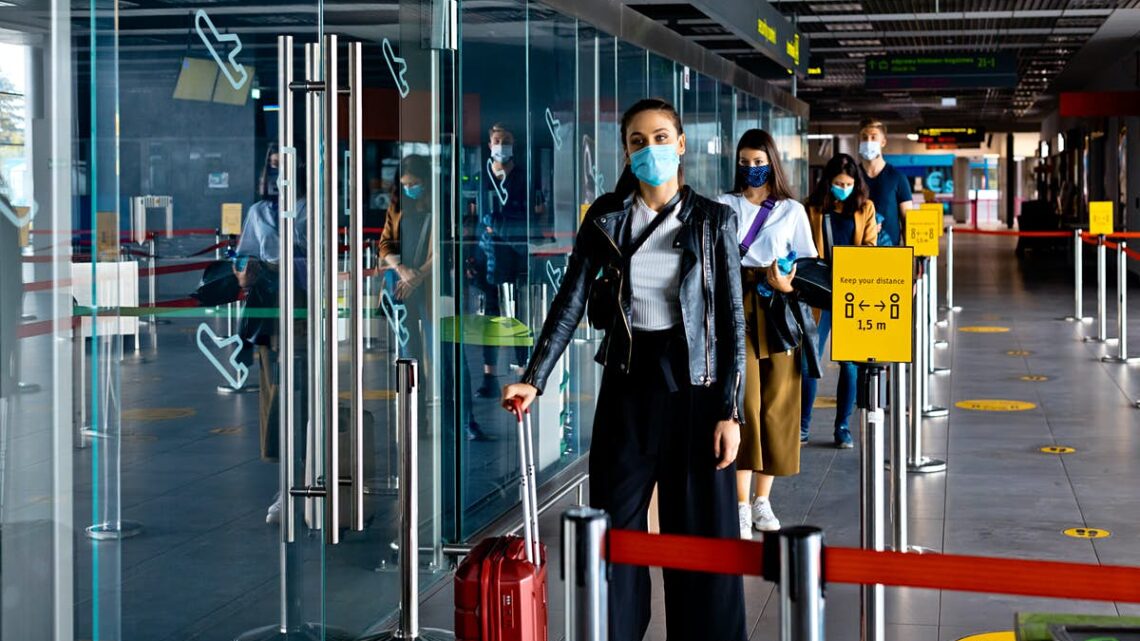 Science changes – and so should rational behaviour

The world around us, and the way researchers study and understand it, changes all the time. The constant change means that what we know through science also shifts.

Take the airborne nature of SARS-CoV-2: early in the COVID-19 pandemic key advisory groups, such as the World Health Organisation, assumed that respiratory droplets were the dominant mode of transmission. This led to advice on and practices of social distancing, hand-washing, wiping surfaces, wearing plastic face shields, and putting up plastic barriers between customers and servers in shops.

As more research was conducted the evidence emerged that SARS-CoV-2 is airborne. It can be transmitted both at closer and longer ranges. So, while social distancing remained important, mask wearing and air ventilation became other crucial tools to fight the spread of COVID-19.

This shifting of knowledge can lead to uncertainty for people when making decisions based on evidence. But it can be done, if everyone – from ordinary citizens to journalists reporting on big issues and researchers trying to communicate their findings – accepts that science changes, and behaves accordingly.

Citizens need to develop the habit of asking questions about the research evidence and never taking headlines at face value. Journalists need to be well trained in understanding research, asking critical questions and communicating findings in a way that allows the public to understand the whole picture.

Researchers also need to be better at communicating the value of complete evidence bases over single studies. They need to be honest about the uncertainty within findings, and findings that keep emerging from bodies of evidence.

At the Africa Centre for Evidence, hosted by the University of Johannesburg in South Africa, we conduct research about the use of evidence in decision-making to reduce poverty and inequalities in our country and continent. We have published work about the use of evidence synthesis as central to decision-making. Our experiences of working with governments have underscored the importance of considering the body of evidence when making decisions, instead of single studies. We have also seen how important it is to engage users on what is considered as evidence for use in decision-making.

One part of the story

So, why does science shift?

First, because one part of the story is not the whole story. In almost all cases, a single research study can only answer part of the question. And the reliability, validity and ethics of that single piece of research need to be carefully examined to check the accuracy and usefulness of its findings.

A research methodology known as systematic review, or evidence synthesis, has been used for decades to ensure that all reliable research relevant to a specific question is carefully collated to provide a comprehensive and transparent answer.

Any time a decision matters, using a systematic review to inform that decision is far preferable to using a single study. A complete evidence base – a synthesis of many reliable studies – gives a more complete picture.

COVID-19 is one example of how an evidence base can offer a fuller picture than a single study. When the pandemic struck in March 2020, the world sought answers quickly. The early days and months were a scramble for understanding: we needed to know fast how the virus spread, how to avoid infection, and what treatments were effective. As the evidence base has grown, so has our collective understanding and behaviour.

A second reason for shifting science is that, sadly but not surprisingly, scientists can be dishonest.

One recent example is the use of ivermectin as a COVID-19 treatment. Ivermectin is an animal de-wormer that was promoted as a possible treatment for COVID-19. Convincing arguments were made, and anecdotal cases reported, all leading to a black market for the drug.

There was even a systematic review which appeared to show the benefits of ivermectin in reducing COVID-19 deaths.

However, on closer critique of the primary data underpinning the synthesis, it was found that the data from a large trial which had been included in the review was fabricated. This invalidated the findings of the review.

The purported link between the combined measles-mumps-rubella (MMR) vaccine and autism is another example of how the scientific process can result in shifts in findings. A 1998 paper in The Lancet linked the combined MMR vaccine with the onset of autism. This paper has since been shown to have been entirely fraudulent, and was retracted by the journal in 2010. The doctor who led the work had his licence to practice withdrawn because of his unethical research.

Several systematic reviews have since shown that there is no link between autism and the MMR vaccine. Still, the idea has taken root among many parents, who are reluctant to have their children vaccinated against common childhood illnesses. Increasingly frequent outbreaks of measles, to give just one example, have led to thousands of children dying.

Luckily the scientific industry is set up for analysis, critique and rigorous debate. Proving something scientifically is a process of review by fellow researchers – a culture of critical reflection.

Good science doesn’t eliminate uncertainty: it explains it. Citizens and journalists need to be literate about the nature of science and how to look for bodies of evidence.

People should learn where to look for, then rely on, carefully collected, reliable bodies of evidence.