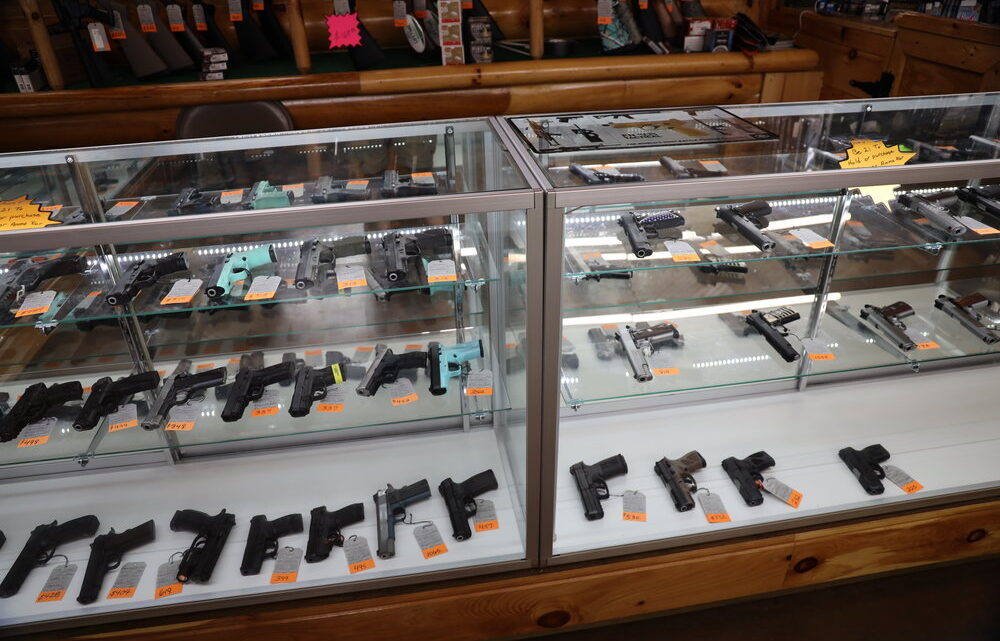 “Interest in guns is stronger than ever – particularly in urban areas,” Pearson said.

The situation in the Ukraine is also leading Illinoisans to buy guns and learn how to use them, Pearson said.

“Last year there was an absolute panic and there weren’t many guns on the shelves to buy. Now this year the inventory is catching up and there are more guns available, but the weather was horrible,” he said. “People didn’t go out to buy anything.”

New gun owners who call his office to find out about gun classes say they are concerned about personal safety and rising crime rates, Pearson said.

“Because of the lack of enforcement of the laws in the state of Illinois, no cash bail, that sort of stuff, they are letting murderers out of jail in two hours. More people, particularly in urban areas, are buying firearms because they have to protect themselves,” Pearson said.

“If you look back historically, people are buying twice as many guns as they bought 10 years ago,” Pearson said. “We have 2.6 million gun owners with FOID (firearm owner ID) cards in Illinois. Ten years ago, we had a million,” Pearson said.

Ten years ago, there were no concealed carry permits in Illinois. Today there are more than 460,000, Pearson said.

According to Illinois gun retailers, gun sales leveled off after Christmas, as they typically do. When people get their tax refunds this spring, sales should pick up again, Pearson said.

“It’s a seasonal thing. Spring is coming and people want to go out and shoot recreationally, like they want to play golf and do other things.” Pearson said.

The good news for gun buyers this year is that the process of getting a FOID card has been streamlined thanks to years of effort by gun rights advocates, Pearson said.

“What has changed this year is that if you buy a firearm from a firearm dealer, your FOID card is automatically renewed for 10 years, at no charge,” Pearson said.

The new FOID cards no longer have expiration dates, he said. Gun dealers can use the Illinois State Police website to see if a FOID card is in effect. They can sell you a gun or ammunition without the waiting periods and hassle that they used to have to go through, Pearson said.

This article was originally posted on A dip in gun sales at start of year is seasonal, gun rights advocates say