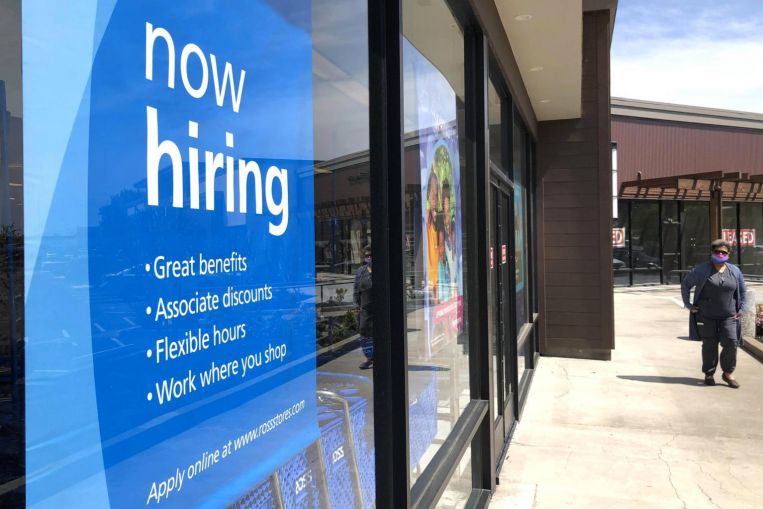 New Hampshire’s unemployment rate held steady at 2.9% in July – one of the lowest in the nation, according to the newly released figures.

That’s still the lowest unemployment rate in the Granite State since the pandemic began a year ago, and one of the lowest jobless rates in the country.

At the height of the pandemic, New Hampshire’s unemployment rate rose to more than 16% as tens of thousands of workers were sidelined to prevent the spread of the virus.

The number of unemployed workers in July increased to 22,110, the state agency reported, which is 39,770 fewer jobless workers than a year ago.

Gov. Chris Sununu has dangled cash bonuses and reinstituted a work search requirement to get workers off unemployment and fill job vacancies amid a post-pandemic hiring crunch.

To be sure, New Hampshire’s labor market is on track to see more gains this month, with the latest data showing the number of people seeking unemployment benefits continuing to decline.

There were 525 new claims for state unemployment benefits in the Granite State during the week that ended Aug. 14 – a drop of 88 from the previous week, according to the U.S. Department of Labor’s weekly report.

Meanwhile, 5,098 continuing claims – viewed as a barometer of the unemployment situation – were filed in the week ending Aug. 7, declining by 782 over the previous week.

The state has paid out more than $1.8 billion in federal and state unemployment benefits since March 2020, when the COVID-19 pandemic began.

The national unemployment rate decreased slightly to 5.4% in July, according to preliminary data from the U.S. Labor Department.