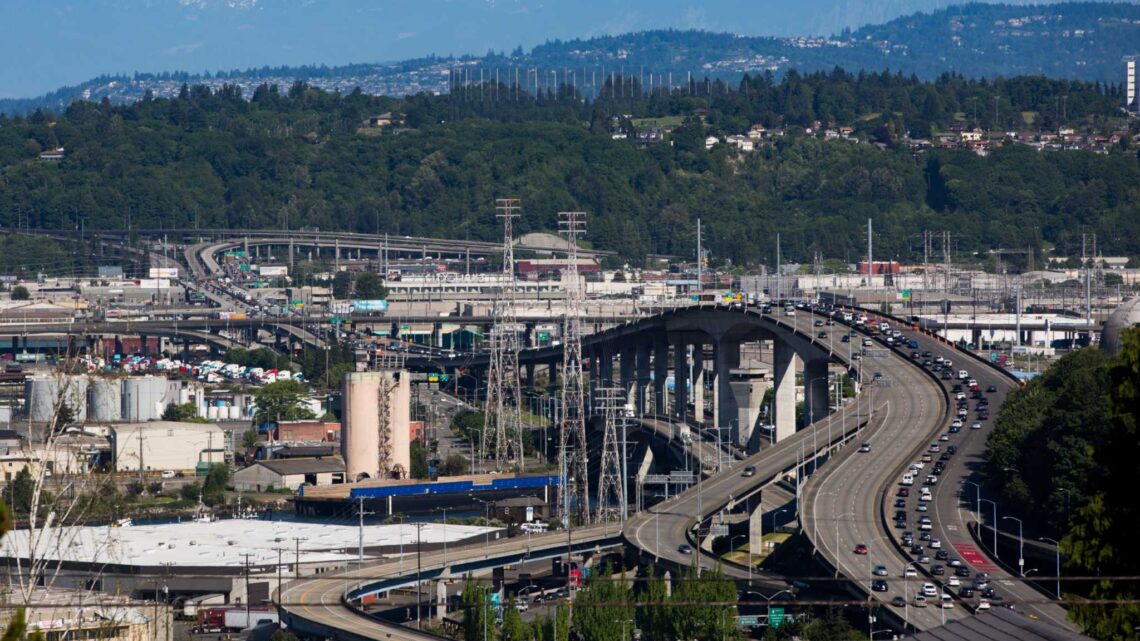 Seattle has received $11.2 million in federal dollars to repair one of its ailing bridges ahead of its hopeful reopening next year.

U.S. Rep. Pramila Jayapal, D-Washington, announced the news on Friday in light of the tug-of-war in Congress over a trillion-dollar spending package on transportation, broadband, and water systems.

“As a West Seattle resident myself, I know how critical this is for our community, businesses, port, and regional economy,” Jayapal tweeted on Friday.

Jayapal serves on the House Budget Committee, among others. The two-term Congress member is among a growing number of Pacific Northwestern figures in Washington D.C. fighting to send more federal money westward.

The West Seattle Bridge is one of 55 bridges in poor shape, according to a Seattle Department of Transportation (SDOT) audit from last fall. The 36-year-old structure was closed in March 2020 after cracks were discovered along its high-rise span.

In November, Mayor Jenny Durkan opted to repair the bridge at the cost of $47 million. Durkan argued getting the bridge—which served an average of 100,000 drivers per day—is too critical to leave closed for longer than need be as she nears the end of her first and final term.

Replacing the West Seattle Bridge altogether would have taken until at least 2026 to complete. Repairing it will take until 2022, SDOT estimates.

The repair of the bridge has the support of the six major candidates running for mayor of Seattle this year. Some have used the matter as an opportunity to reevaluate the prevalence of personal vehicles in Seattle. A high-speed rail system running from Portland to Vancouver, British Columbia was among the ideas being floated in the Washington Legislature last session to take more cars off interstate roads.

Washington and Oregon have garnered C and C- scorecards from the American Society of Civil Engineers in line with national standards.

The new injection of federal money into the city’s bridge repair efforts covers about 23% of the initial repair costs to the high-rise span. Another $50 million will be needed to cover traffic mitigation and $10 million for the lower section of the West Seattle bridge.

A pediatric nurse explains the science of sneezing