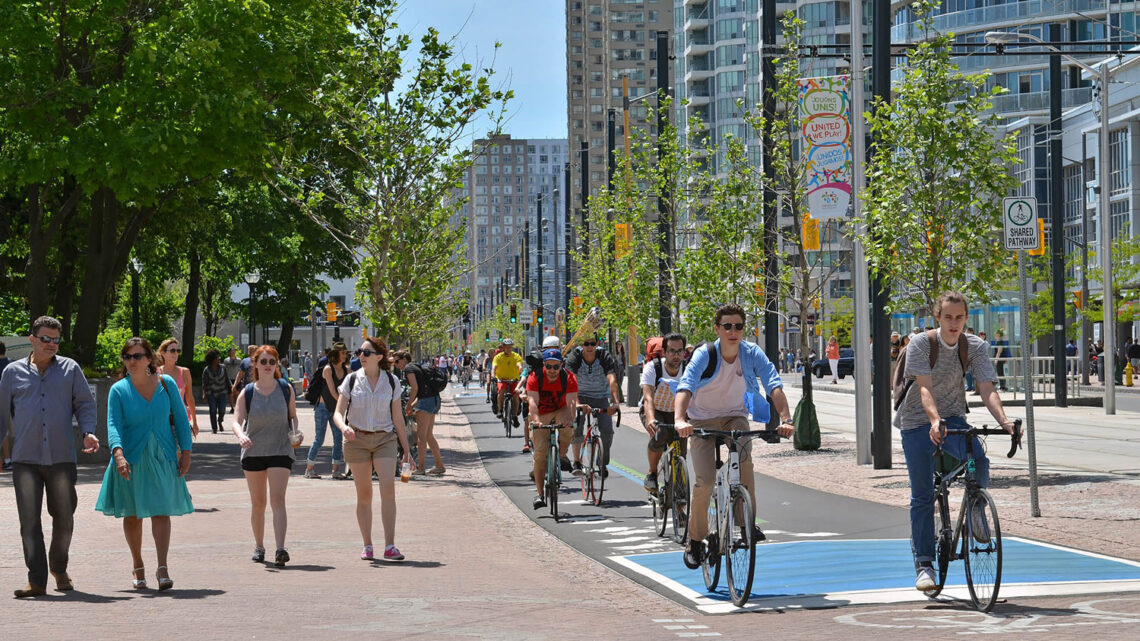 Since its inception in 2020 due to COVID-19, ActiveTO — designed to provide more space for people to stay physically active while keeping socially distant — has garnered much success and popularity. Yet debate ensues over whether to cancel the program due to traffic congestion as the city gradually opens back up from pandemic lockdowns.

So far, ActiveTO has encouraged people to stay physically active and thousands of residents have taken advantage of it.

Many community groups and residents, including city councillor Joe Cressy, support for the program and hope Toronto will make it permanent. An online petition to keep ActiveTO going has more than 5,300 signatures.

While traffic congestion is a common and challenging urban problem, closing roads to create more urban public space for exercising has many overlooked benefits.

Staying physically active is crucial to maintaining health, especially during the pandemic. Physical activity can reduce the likelihood of developing severe symptoms from COVID-19 infection and enhance the efficacy of vaccines. It can also help reduce the risks of stress, anxiety and depression.

A recent evaluation report released by the City of Toronto shows that on average 26,300 cyclists and 10,000 pedestrians used the three major roads every weekend from June to August last year. More than 60 per cent of respondents also reported being more physically active since taking advantage of the road closures.

The program has also helped Torontonians who were not previously active. The same survey shows that about one-third (29 per cent) of cyclists are either new to cycling or rediscovering cycling after pausing for a few years. And about 77 per cent of them said the space motivates them to get active.

Research, including mine, shows that not everyone can exercise. One consistent pattern is that exercise participation is often lower among disadvantaged populations.

A major barrier to physical activity is a lack of open and safe spaces. People with lower socio-economic status often live in overcrowded housing and during lockdown, may not have had the space to exercise.

Racialized minorities often live in neighbourhoods that aren’t built for outdoor exercise. Women are less likely than men to participate in physical activity, largely due to the lack of open space where they can exercise and feel safe.

ActiveTO is essential in reducing exercise inequality by providing open and safe space for everyone.

The survey released by the city shows that among new and returning cyclists there are more women, Black, Indigenous and people of colour than long-time cyclists using the roads.

When people exercise together in open spaces there are also more “eyes on the street,” giving people a higher sense of safety.

Urban public space is a matter of life and death for cities. ActiveTO helps transform streets from pathways of passage to places to have fun. It allows people to interact with each other and engage in exercise while remaining safe outdoors.

It makes the city more lively, attractive and vibrant by bringing diverse Torontonians together. The program’s evaluation report shows everyone from cyclists, runners, pedestrians to skateboarders, roller/inline skaters and scooter riders use the roads. It also tells us that users are diverse — the program has brought together old and young, men and women, as well as racialized minorities and individuals with physical disabilities.

How cities are built and designed is often driven by capitalist interests and political power. The lack of people-centred infrastructures in the urban environment often makes residents feel powerless and alienated.

Our mental well-being is largely determined by how we engage with the city — this can be through taking transit, walking or commuting as well as by the built environment like buildings, green spaces and streets.

Toronto is a city dominated by highrises, expressways and cars. The city’s urban design largely fails to promote community building, especially in the downtown core. A CBC News analysis shows that neighbourhoods in downtown Toronto have the least amount of park space per capita.

By turning space for cars into space for pedestrians, ActiveTO helps people regain rights to urban spaces that are off-limits to those who don’t own a car.