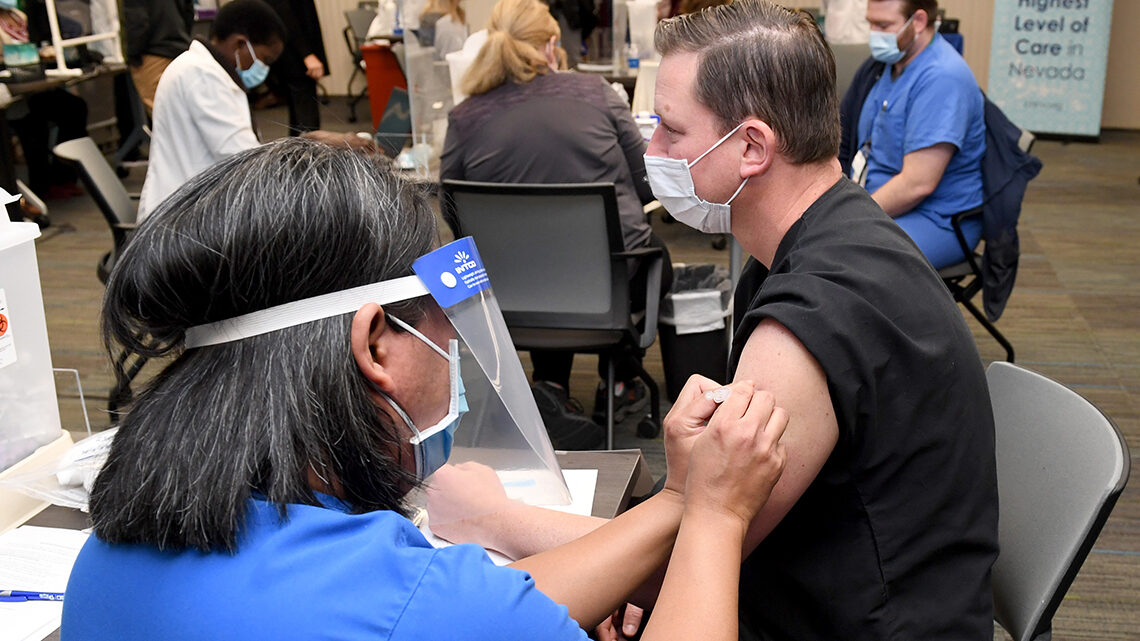 Eight out of 10 people age 12 and older in Washington’s largest metro area are at least partly vaccinated against COVID-19.

King County Public Health broke the news Monday a little more than a month after Seattle achieved 70% vaccination rates. The rate puts King County among the top 10 counties in the nation for people who have received at least one shot of a vaccine, falling behind Presidio County in Texas and McKinley County in New Mexico. The two southwestern counties have achieved vaccination rates of 88% and 99%, respectively, for people age 12 and older.

Vaccination rates nationwide among people age 12 and older stands at 65.6%, the Centers for Disease Control and Prevention’s COVID Tracker reported Tuesday. Counties such as King have measured vaccination rates based on widespread eligibility. The Pfizer vaccine is FDA-approved for people age 12 and older. The Moderna vaccine is approved for people 16 and older. Johnson & Johnson’s vaccine is for only adults.

The Washington Department of Health (DOH) reported July 12 the state crossed the threshold for 70% vaccination rates among people age 16 and older – almost two weeks after the state fully reopened June 30. Washington’s vaccine rollout ranks fourth in the nation for administering 92.6% of the vaccines it’s received to date, according to the Becker Hospital Review.

Gov. Jay Inslee has credited the state’s $1 million vaccine lottery with pumping up those numbers. He claimed July 7 the contest was responsible for a 24% jump in vaccinations since its announcement June 3 – or 28,500 people.

The governor’s claim was based on projections from the Institute for Disease Modeling which gauged how many more people bucked current vaccine trends, not the total number of people who got shots. According to Franji Mayes, a DOH spokesperson, the projections looked at the daily percentage of unvaccinated people who received their first shot by age. Young people saw a 24% bump amid vaccination declines of 3% to 10% per week.

“Since rates were already declining fast before the announcement and we expected those declines to continue, we wouldn’t necessarily see the impact of the lottery if we just look for an increase in overall vaccination rates,” Mayes told The Seattle Times. “To understand the likely impact, we need to estimate the vaccination rates we would have expected to see if the lottery hadn’t happened and compare them with the rates we actually saw.”

Gauging vaccination rates in terms of people shows a different picture. Based on cumulative DOH vaccine data, COVID-19 shots have slowly declined since the lottery was announced. On average, first-shot recipients in the state dropped by 6,008 people per week between June 3 and July 15 – or the eve of the lottery’s conclusion. Overall vaccination rates statewide slowed from weekly increases of 2% to .01%. Vaccination rates in many rural counties remain below 50%.

The DOH reported 4.7 million out of 7.6 million eligible people at least have been partially vaccinated in Washington. Should more vaccines be approved for all age groups, some 869,000 children ages 1-10 will factor into that count.

Vaccination rates in King County equate to 1.5 million people – or 2.9 million doses of the Pfizer, Moderna and one-shot Johnson & Johnson vaccines. People are fully vaccinated according to FDA guidelines two weeks after their second dose or two weeks after a single-dose J&J shot. The free vaccines are available at Walgreens, Costco and Walmart pharmacies in addition to pop-up clinics. Find more here.