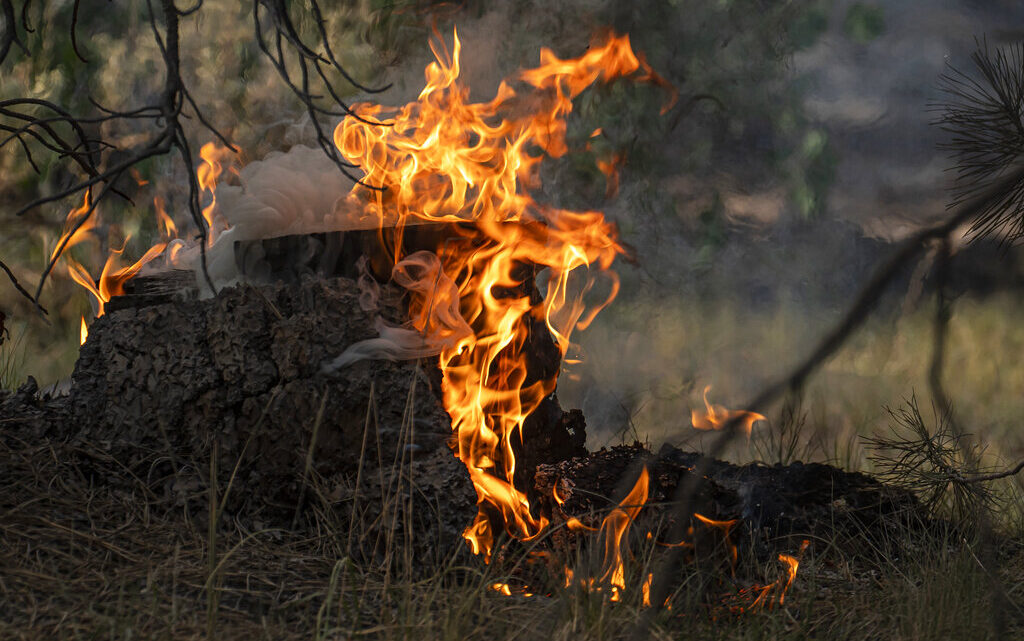 Oregon’s largest active wildfire is all but contained, but its neighboring blazes are keeping firefighters busy as another heatwave looms.

More than a month after it was first reported on July 6, the 413,765-acre Bootleg Fire is 98% contained, according to the INCIWEB reporting system. The fire burned 647 square miles, larger than Chicago and New York City combined, and destroyed hundreds of homes and buildings in the process. Local authorities have reported no deaths or injuries.

In that time, the nearby Walrus and Yainax Fires north of Bonanza in Southern Oregon have grown to 159 acres combined. They were 90% and 70% contained on Monday, respectively.

Monday also marked the day that Klamath and Lake Counties lifted all of their evacuation orders for the Bootleg, Walrus and Yainax Fires. Bootleg fire crews, which totaled 1,021 people on Monday, dropped to 938 people as of Tuesday.

The Red Cross is closing the evacuation shelters in Lake and Klamath Counties but will continue working with the public amid recovery efforts.

Fire officials say more firefighters should be trickling out of the area soon as they turn their attention to neighboring wildfires to the north. However, some will remain in Klamath for patrol duty.

The Northwest Interagency Coordination Center named five new active wildfires of interest to fire crews on Tuesday. They include the Whitmore, Chuweah Creek and Summit Trail Fires in northeast Washington. The three have grown to a combined 120,972 acres. The Chuweah Creek Fire was 95% contained on Saturday. Two other fires, the Devil’s Knob and Skyline Ridge Complex Fires, are non-contained and have grown to around 5,820 acres combined.

On Tuesday, firefighters attributed their progress mopping up the Walrus and Yainax Fires to calmer weather and cooler temperatures. But, that’s about to change.

The National Weather Service has issued an excessive heat advisory for high temperatures in Southern Oregon ranging from 102 to 112 degrees Fahrenheit. They apply to Oregon’s inland west side valleys from Medford to Salem between 1 p.m. PST on Tuesday to 11 p.m. PST Saturday. This is the third time such a scorcher has hit the Northwest in recorded history. According to a state report last month, the first in June was responsible for at least 83 deaths statewide.

There are 32 major non-contained fires and complexes in the Pacific Northwest–13 in Oregon and 19 in Washington–burning 808,912 acres on Monday, the Northwest Interagency Coordination Center reports.

Maine extends ‘back to work’ program to ease hiring crunch