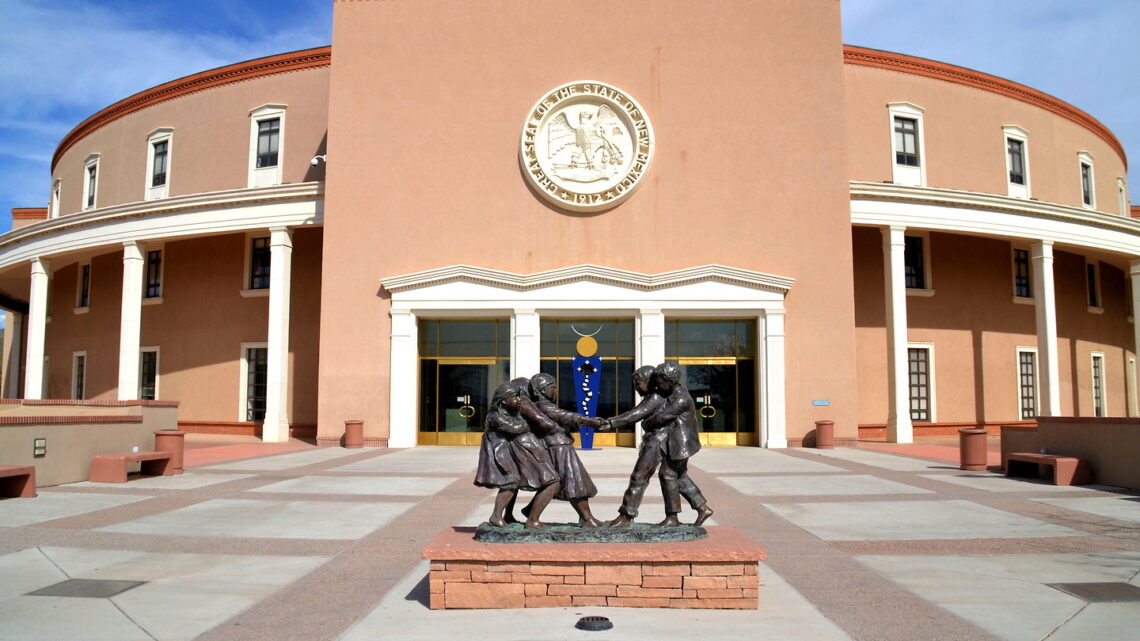 During a two-hour Senate Finance Committee hearing on HB 2, the committee learned of issues with the bill that will likely require change to the legislation.

Department of Game and Fish Director, Michael Sloane, told the committee during the hearing that the department did not request the $5 million appropriated in the bill for property acquisition.

He said the department is not currently considering any property acquisition projects.

This led to concern among some committee members who brought up Bar L Ranch in Sandoval County, that the money was appropriated for that purchase but Sloane said any talk about the state purchasing that land was premature.

Senate Finance Chair George Muñoz, D-Gallup, clarified how the appropriation happened by saying that the Legislative Finance Committee had reached out to the department but, he said, didn’t hear back. Muñoz said he talked to a couple of the members of the State Game Commission and “they talked about this purchase.”

Sloane reiterated that discussions he was aware of about the purchase of the L Bar Ranch were “aspirational.”

Muñoz called this purchase a “federal project” because some of the other money required for the purchase would be expected to come from other federal sources and a restriction to the American Rescue Plan Act is that the money, if directly appropriated, cannot be used for a federal project.

The funds the 2021 special session legislature is appropriating directly to agencies and programs from the $1.69 billion ARPA fund for New Mexico is considered a direct allocation. The rest of the funding will go to a contingency fund of the state’s general funding and is expected to be allocated by the 2022 general session. Those allocations will still be tracked and reported to the federal government but will lack restrictions placed on the ARPA funding.

Muñoz indicated that the bill may have to be changed regarding the Game and Fish Department’s allocation. Sloane said the department is “looking at the best use” of the resource.

State Sen. Pat Woods, R-Broadview, said he planned on amending the bill “to take this out altogether” when the committee votes on it. Currently, the Senate Finance Committee is holding morning sessions this week to hear from different agencies on how the allocations will be used and what the needs are.

Woods said he has an issue with state purchases of private lands because it eliminates tax collection at the local level on those properties.

“Taking private land out of private hands takes services out of these counties,” he said.

State Sen. Jeff Steinborn, D-Las Cruces, said he would like to see the money used to “modernize” the Game and Fish Department.

“I believe we have modernization work to do in New Mexico. New Mexico is one of the most ecologically diverse states in the country. It’s in the top five for plant species, bird species but the agency doesn’t have the broadest authority and maybe not enough money to do it,” Steinborn said.

Another issue that came out during the discussion was that the Mortgage Finance Authority (MFA), through the Department of Finance and Administration, is tasked with appropriating $10 million for the water project fund but Muñoz said he had talked to MFA officials prior to the meeting and was told that the water project fund is overfunded and “would not be able to get that money out.”

“We may have to change it to another use,” he said.

Officials with the DFA spoke in general terms about the $20 million the agency will receive for assisting homeless people and affordable housing projects. Colonel Donnie Quintana, DFA local Government division director, said the work would vary across the state according to need. Some local governments need money for hotel vouchers, while some need money for brick and mortar projects to help combat homelessness and affordable housing issues, he said.

Additional funding for DFA includes $500,000 for temporary employees and contractors to assist in capital outlay projects and projects funded through ARPA money; and $435,000 for personal services and employee benefits costs for the grants administration program.

The committee also heard from General Services Department Secretary John Garcia . The bill will appropriate $15 million to that department to pay for public employee health care costs related to COVID-19.

Garcia said the department projects a $20.49 million shortfall because the state must cover COVID-19 testing, vaccination and treatment.

The Senate Finance Committee also heard from the Department of Environment on how it would spend the $10 million appropriation to improve water quality and river habitats. State Sen. William Sharer, R-Farmington, advised the department that “we want to do something large and impactful,” with the money.

Deputy Secretary Rebecca Roose said the money would enable the department to see river projects through from start to finish and because of prior funding constraints, some projects have been accomplished in a piecemeal fashion.

“With a larger sum of money to make projects complete, the benefits will be seen much more quickly. There’s a lot of benefit not just from additional funding but more funding at one point in time,” she said.

The Senate Finance Committee will meet again at 9 a.m. Friday for another informational discussion on HB 2. House Appropriations and Finance Committee Chair and state Rep. Patricia Lundstrom D-Gallup, announced during the House floor session that the HAFC would not meet Thursday, as previously announced. Lundstrom indicated at the end of the HAFC discussion of HB 2 on Tuesday that some language might be changed in the bill.

In addition, Gov. Michelle Lujan Grisham sent a message to the House requesting that the House amend the Medical Malpractice Act, set to take place starting January 1, 2022. Lujan Grisham’s message to the House stated that she requested the amendment due to concerns from healthcare professionals around the state that if the bill is not amended, many facilities would be forced to shut down due to the unsustainable amounts of money that patients could sue for medical malpractice.

The resulting bill, HB 11 , introduced by state Rep. Dayan Hochman-Vigil D-Albuquerque, would change some language in the Medical Malpractice Act and ensure expressly that lawsuits arising from injury or death due to care at outpatient healthcare facilities will not exceed $750,000 per occurrence.

The bill does not include outpatient health care facilities that are majority owned or controlled by a hospital.

The bill is scheduled to be heard in the House Judiciary Committee at 9 a.m. Friday.