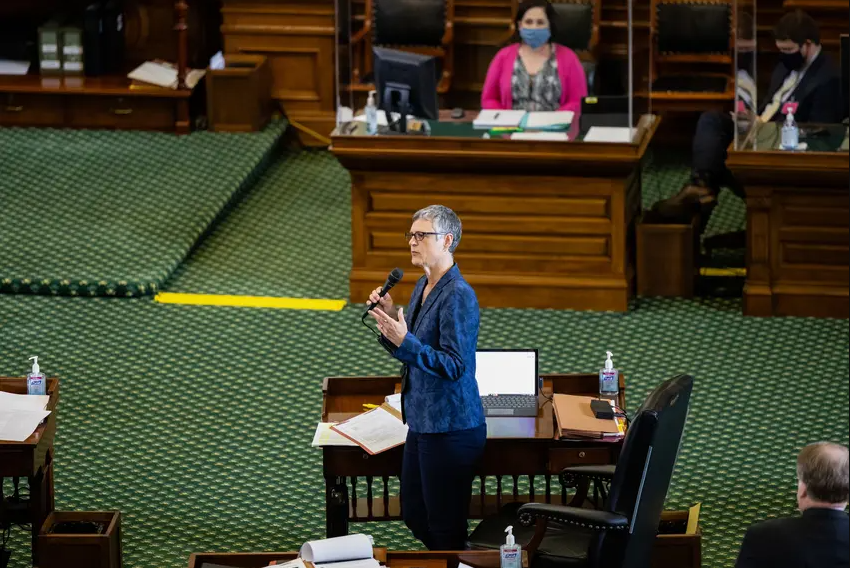 The commission, which investigates judicial misconduct complaints, admonished Eckhardt over the incidents in December 2020, saying she engaged in “willful conduct that cast public discredit upon the judiciary.” Eckhardt disputed the commission’s jurisdiction, noting that a county judge in Texas has no judicial role, despite the title. Texas county judges operate as the county chief executive and preside over commissioners courts.

The special court of review sided with Eckhardt in an opinion issued Tuesday, writing that Eckhardt was a “‘judge’ in name only” and that the commission overreached in rebuking her.

“Today, the First Amendment won in Texas,” Eckhardt said in a statement celebrating the opinion.

Eckhardt served as Travis County judge from 2015 until she stepped down in 2020 to run for the Senate in a special election.

Eckhardt wore the pink knitted “pussy hat” while presiding over a meeting of the commissioners court in January 2017. At the time, the hat was a symbol of resistance among women to the 2016 presidential election of Donald Trump.

Eckhardt made the joke about Abbott at the 2019 Texas Tribune Festival. Discussing the Republican governor’s support for a law restricting local governments from regulating removal of trees on private property, she said Abbott “hates trees because one fell on him,” referring to the 1984 accident that left Abbott paralyzed. She later apologized for the joke.

The Special Court of Review that examined the issue consisted of three state appeals court justices. All three were Republicans.