Please ensure Javascript is enabled for purposes of website accessibilityIn the drive to get new Texas political maps, racial representation takes a back seat – Capitol Hill Pulse Skip to the content 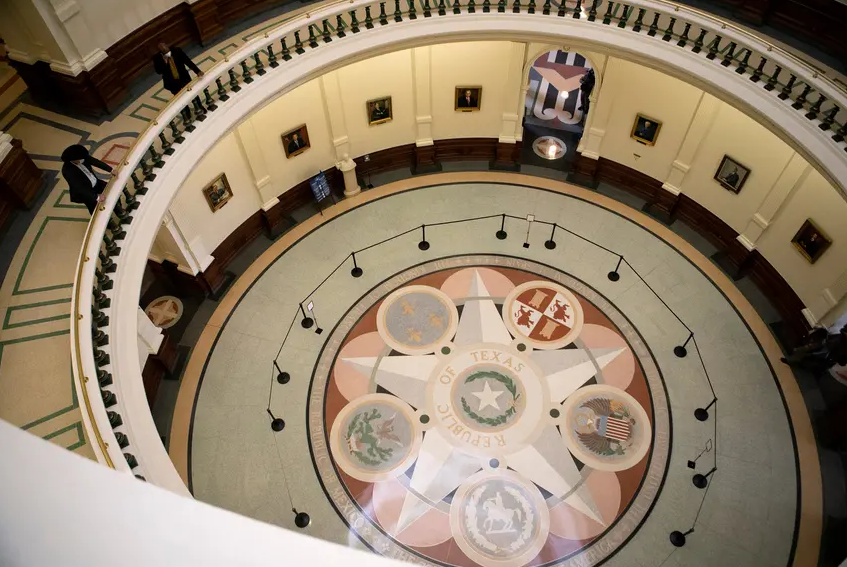 The Republican majority’s proposals for all of the state’s political maps are out, and each is skewed in favor of the same voters: white Republicans.

One thing leads to the other. Republicans hold all of the statewide offices, along with majorities in the state’s congressional delegation, the Texas House and Senate, and the State Board of Education. It’s normal for those political animals to want to extend their dominance in state government, and to seize any opportunity to hurt Democrats and help Republicans.

And maps like the ones presented by legislators in the last two weeks are what comes of that. According to the latest U.S. census, 39.8% of the population is white, 39.3% is Hispanic, 11.8% is Black and 5.4% is Asian.

In the political maps laid out by lawmakers during the current special legislative session, white Texans are overrepresented and the other groups are underrepresented.

In the initial map for the Texas House, the majority of eligible voters (known in the redistricting and census data as the Citizen Voting Age Population) in 59.3% of the districts are white, in 20% are Hispanic and in 2.7% are Black. No district has an Asian majority, and in 18%, no group has a majority.

In the proposed Senate map, 64.5% of the districts have white majorities, 22.6% have Hispanic majorities, 3.2% have Black majorities, none has an Asian majority, and in 9.7%, no group has a majority.

White Texans make up the majority of eligible voters in 60.5% of the proposed congressional districts, followed by Hispanic Texans at 18.4%, Black Texans and Asian Texans with no district majorities at all, and 21.1% of districts with no group in the majority.

At least the mapmakers are consistent.

You can’t draw maps like that with nice geometric shapes. We don’t live like that, and only a squiggly set of lines can divide Texans into the groups that best serve the political mapmakers. That sort of gerrymandering is legal, and sometimes, it’s even fair.

Here’s a definition from the website of the Texas Legislative Council, the state agency that draws redistricting maps and does other legal work for the state Legislature: “Gerrymander: To draw a district or set of districts with unusual boundaries usually with the intent to favor one group or party over another.”

Intent is everything. In arguments — both live and on social media — gerrymander is a term used to describe a district you don’t like. If it’s bad, it’s a gerrymander. But not all weirdly shaped districts are created equal. If it’s intended to give an unfair advantage to someone or some group, that’s not the same as making a funny pattern to connect people whose mutual interests are protected by law. That can be communities with common interests or problems, for instance, or communities of color.

Texas Republicans are trying to connect voters on the basis of politics, which is OK unless it crosses a legal line — one that is drawn, for example, to protect from racial discrimination. That’s for the courts to work out, but a simple analysis of the maps proposed for the congressional delegation, the Texas Senate and the Texas House reveals some of the cost of protecting the state from Democrats.

A perfect match of representation to population is practically impossible. The groups are scattered, and the gerrymandering required would be staggering. Even so, it’s hard to explain the fairness of proposed maps that have 39.8% of the Texas population — the white part — represented by 60.2% of the Texas Legislature; 39.3% — Hispanic Texans — represented by 20.4%; 11.8% — Black Texans — by 2.8%; and 5.4% — Asian Texans — by none at all.

The Texas Legislature might approve it, and the federal courts, when given the chance, might ratify it, but those numbers don’t add up.

This article was originally posted on In the drive to get new Texas political maps, racial representation takes a back seat