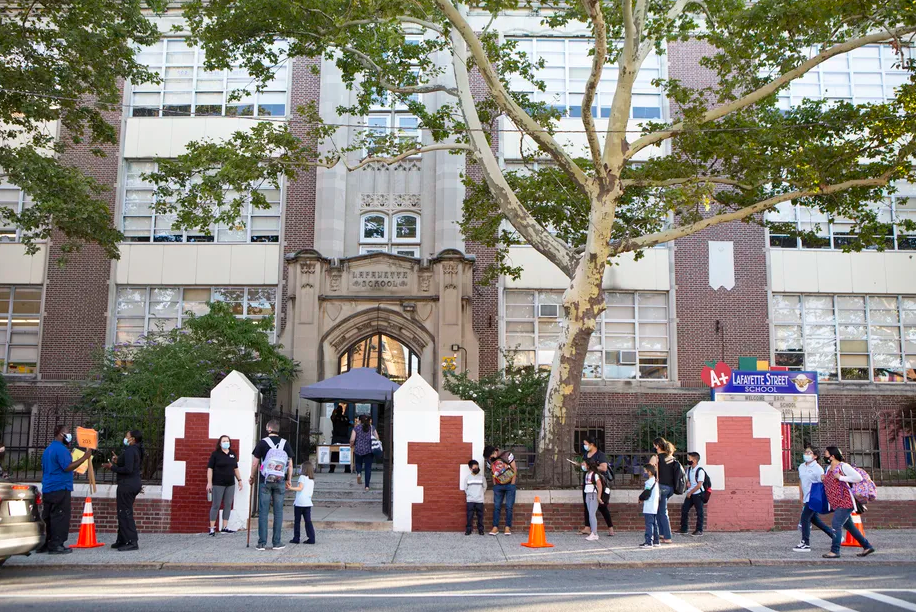 The money could help pay for some repairs and new building construction, but districts such as Newark, with deepening needs to update aging facilities, will need larger investments to truly defray those costs.

“Every dollar is going to be put to work on projects large and small to ensure our school buildings can meet the needs of the future,” Murphy said at a news conference Friday next to Christopher Columbus School #8 in Garfield.

COVID-19 raised concerns about ventilation across Newark’s 65 public school buildings, which average more than 90 years old. A massive storm before the 2021-2022 school year began also caused at least $5 million in damage to some school buildings due to flooding and a fire.

This district, which was closed Friday, did not immediately respond to an email for comment on the $6.5 million allocation from the state’s budget and how it plans to spend it.

The SDA has been at the center of scandals and short on funds, leaving district leaders looking for other ways to pay for expensive capital projects.

“We still have students going to class in schools that were built in the late 18th and early 19th centuries,” said state Sen. Nellie Pou (D-North Haledon) at the news conference, referencing Paterson schools. Paterson, an SDA district, is slated to receive $4.5 million.

Garfield Superintendent Anna Sciacca also spoke at the news conference and said that the city, like many districts throughout the state, “is plagued with issues that relate to aging schools.” She said that six of seven elementary schools are more than 100 years old. About $850,000 will go to that district.

“Despite the deteriorating physical conditions of our schools, our biggest challenge is overcrowdedness and insufficient space for instruction,” Sciacca said. ”We are hopeful that funding will increase and we will see the day when our students are out of the trailers and basement classrooms, and learning in bright and well designed learning spaces that facilitate creativity, critical thinking, collaboration, and communication.”

This article was originally posted on New Jersey sends $6.5 million to Newark for school repairs, renovations