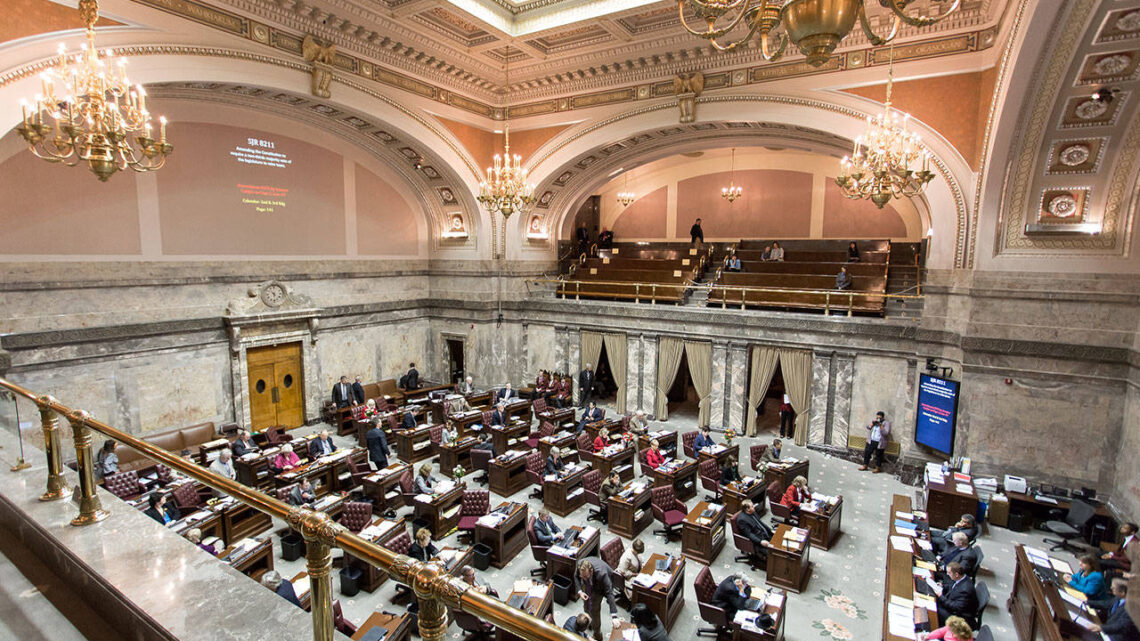 Washington state Rep. Jesse Johnson, D-Federal Way, is not running for re-election and the state Republican Party thinks it has a good shot of taking the seat during this November’s election.

Johnson recently cited a new baby at home and a wife in medical school as reasons for not seeking to run to retain his position in the state House of Representatives representing the 30th Legislative District that covers the cities of Federal Way, Des Moines, Auburn, Algona, Pacific, and Milton, as well as unincorporated parts of King County.

“After careful consideration, I have decided to finish out my term through the end of the year and not seek re-election in 2022 so that I may focus on my family,” Johnson said in a March 9 statement. “As tough a decision as this was, I am at peace because family is what is most important to me and that is what needs my full attention the most right now, especially my 6-month baby and my partner. Being able to fully support my family and step away from politics is the right step for us in this season of our lives. I truly believe that it should not always be women taking a back seat in their careers and I have a talented partner in medical school soon to become a doctor. Supporting her while being more present in her and my child’s life is what is needed for our family.”

Johnson was appointed to the Legislature in January 2020 following the resignation of Rep. Kristine Reeves, D-Federal Way. In November 2020, Johnson was elected to a full two-year term by defeating Republican challenger Jack Walsh. Prior to his time in the Legislature, Johnson served on the Federal Way City Council.

He is perhaps best known as the lawmaker who in 2021 sponsored House Bill 1054 – passed by the Legislature and signed into law by Gov. Jay Inslee – that inadvertently banned law enforcement from using less-lethal munition launchers and beanbag rounds for shotguns.

During this year’s legislative session, Johnson sponsored House Bill 1719 that clarifies police can still use certain less-than-lethal rounds. HB 1719 passed the Legislature and was signed by Inslee.

Washington State Republican Chair Caleb Heimlich thinks crime is part of the reason Republicans have a good chance of winning the seat later this year, citing Federal Way political trends that could help the party at the state level.

He noted “crime being a major concern” in voters flipping three seats Republican during last year’s election, with Jack Walsh, Jack Dovey, and Erica Norton being elected to the Federal Way City Council.

Heimlich also pointed out the 30th Legislative District has been a true swing district.

“There is definitely a chance Republicans can win in the 30th,” he said.

Heimlich went on to say, “The 30th is definitely at the top of the priority list.”

Recent law school graduate and attorney Ashli Tagoai is running as the Republican contender for the seat.