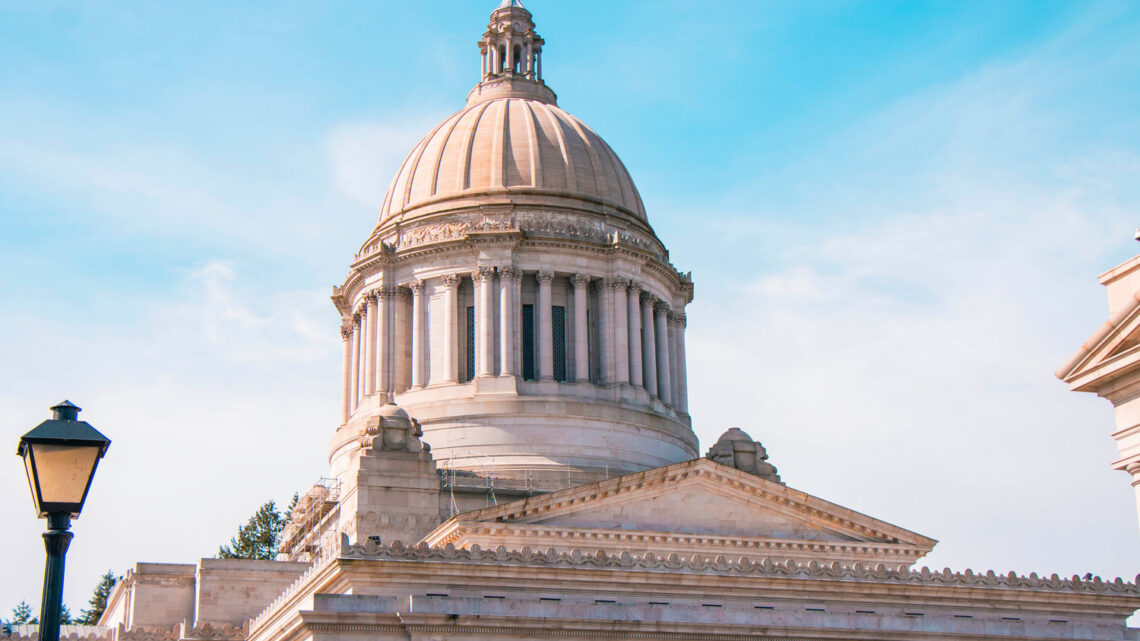 A Crosscut/Elway poll conducted last month showed the percentage of respondents in Washington state who identified as Republicans had jumped 10 points since last July to close most of the gap with Democrats, from 18 percentage points to 7 percentage points.

In a true blue state like Washington, that’s a major shift worth noting. This solidly Democratic state hasn’t voted for a Republican for president since 1984, governor since 1980, or for U.S. senator since 1998. Democrats have controlled the state House of Representatives for 20 years.

A week later, a Gallup Poll showed an even more dramatic shift nationally, with a 9-point Democratic advantage in party identification at the start of 2021 turning into a 5-point Republican advantage by December.

“The general pattern is for the president’s party to lose seats in Congress during midterm elections,” explained John Wilkerson, professor and chair of the Department of Political Science at the University of Washington, in an email to The Center Square. “My colleague, [Assistant Professor] Jake Grumbach, argues and demonstrates that state politics is becoming increasingly nationalized. What matters at the state level is less important to state level voters than what’s happening nationally when their information about politics increasingly comes from national sources.”

That’s why Democrats did so well in Washington during the 2020 presidential election, he said, and why Democrats – hurt by the Biden administration’s sagging poll numbers tied to the COVID-19 delta and omicron surges, the U.S. military’s chaotic withdrawal from Afghanistan, supply chain snafus, and rising inflation – are likely to lose seats in Congress in the midterm elections.

“Both the Elway Poll and the Gallup poll show massive swing towards Republicans,” he said via email.  “These swings are right in line with the 2021 election results in Virginia and New Jersey where Republican candidates performed 12-15 % better than 2020 results.”

State and regional politics are playing a role as well.

“Of course, local politics does still matter,” Wilkerson noted, pointing to the decision by the state legislature to delay for 18 months implementation of the beleaguered Washington Long-Term Care Act Trust, better known as WA Cares. “The LTC plan is an example of where it could have a pretty broad impact (pocketbook issue).”

Heimlich was blunt in his assessment of WA Cares.

“Democrat policies are leading to higher gas prices, skyrocketing inflation, and rising crime in our communities,” he said. “The retreat from the long term care tax was because the program is overwhelmingly unpopular, but instead of repealing the program Democrats just delayed it until after the election.”

Beyond the WA Cares Act delay, Democrats’ questionable political fortunes might explain the majority party’s more conciliatory tone as of late, including House Speaker Laurie Jinkins’ mention of “finding balance” during a televised legislative preview last month regarding oversight of the governor’s emergency powers, as well as movement on bills to reform legislation from last year widely viewed as handcuffing law enforcement’s ability to do its job.

“Clearly, the Democrats see the poll numbers and the momentum Republicans have,” Heimlich said, “and Democrats seem to be taking some steps this session to minimize their losses.”

The Washington State Democratic Party did not reply to a request for comment.

The shift in party identification could translate into Republican gains in the Evergreen State, Heimlich observed.

“This huge swing means many races are in play in Washington state,” he said. “Tiffany Smiley is within striking distance of [U.S. Sen.] Patty Murray statewide. The 8th Congressional race is well within reach, as are some other potential races. At the state level we are competitive in many legislative races and have a path back to the majority in both the State House and the State Senate.”

Wilkerson had some questions about Washington’s dramatic shift in party identification benefitting Republicans.

“The survey numbers also don’t address what I think is an interesting question,” he said. “Who are these new Republicans? Are they moderate Democrats (or independents) shifting to the right a little? Or are they reactionaries (e.g. anti-vaccine, etc.)? In other words, is the extremism of the party having benefits?”

Whoever these newly identified Republicans are, the state Republican Party plans to take advantage of the situation, according to Heimlich.

“After all the radical policies they [Democrats] pushed, and the incompetence displayed by the Biden Administration, Republicans have a once in a generation opportunity to connect with voters and offer a better path forward for our state and nation,” he said.