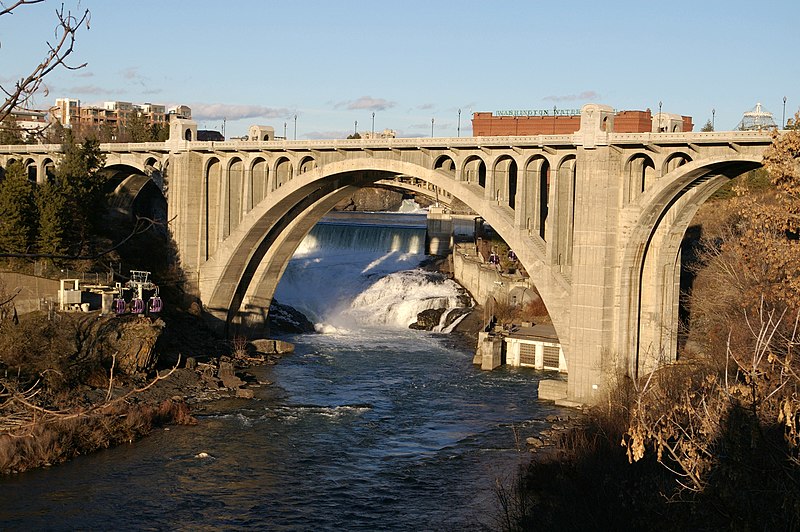 Spokane Mayor Nadine Woodward says it’s time for construction signs to come out as the city launches $80 million of infrastructure projects during the work season.

That amount does not include another $21 million for work this year that’s been carried over from 2021, according to city officials.

A long list of projects has been made possible by a mix of local, state and federal funds, said the mayor at a press conference last Thursday.

She said the work being done during the next few months is intended to aid in economic recovery, improve streets, rebuild bridges, protect the Spokane River and maintain critical infrastructure.

“We know this time of year does cause significant short-term disruptions. We want to be very cognizant of that,” said Woodward. “Regularly maintaining city streets improves safety. It keeps our traffic moving smoothly.”

The rehabilitation of West Riverside Avenue will be one of the most visible new projects this year. There will be underground utility work between Division and Wall streets. New bike lanes and bus stops will be added for the six-mile City Line bus rapid transit route between Browne’s Addition and Spokane Community College that is set to open in July 2023.

Another major project is reconstruction of the Thor-Freya corridor between Sprague and Hartson that involves replacing asphalt with concrete. The work will create a more durable surface for the roadway that experiences high volumes of freight and vehicle traffic.

Not only will replacing the bridge deck connecting Hatch Road with U.S. Highway 195 make passage safer, it will help with traffic management, say city officials.

The bridge is now reportedly shifting due to high volumes of traffic, as well as local freight and service vehicles.

“While this is a significant inconvenience for those who use this to connect to south Spokane, it will be worth the challenges,” reads the city’s post about the project.

The bridge will be built to handle heavy traffic and add a right-hand turn lane from Hatch Road to U.S. 195, which is expected to shorten wait times for those not turning left.

Crews will build a new sidewalk on North River Drive from Division to Washington streets that is expected to enhance access to the east entrance of Riverfront Park, among other benefits.

A series of projects will continue to manage stormwater from the Cochran Basin, the largest collector in the city. The basin sends about 350 million to 500 million gallons of stormwater to the Spokane River each year, according to city officials.

In 2022, TJ Meenach Drive will be rebuilt from the bridge to Northwest Boulevard as part of this work.

The city has also planned work on a new water reservoir at Spokane International Airport and grind and overlay work to the north of the Monroe Street Bridge. A shared-use path will be added on Illinois Avenue in Northeast Spokane.

Carryover projects from last year include replacement of the 104-year-old Post Street Bridge, and completion of the South Gorge Trail project from Redband Park to the Sandifur Bridge, along with repairs to the landslide area on Clarke Avenue.

While all this major infrastructure work is underway, the city’s street department will also be working on a series of grind and overlay projects on roadways throughout Spokane.

Residents and visitors are invited to check out street obstruction and construction project information on the city’s website. That data and an interactive map will be updated regularly to help people avoid travel delays.