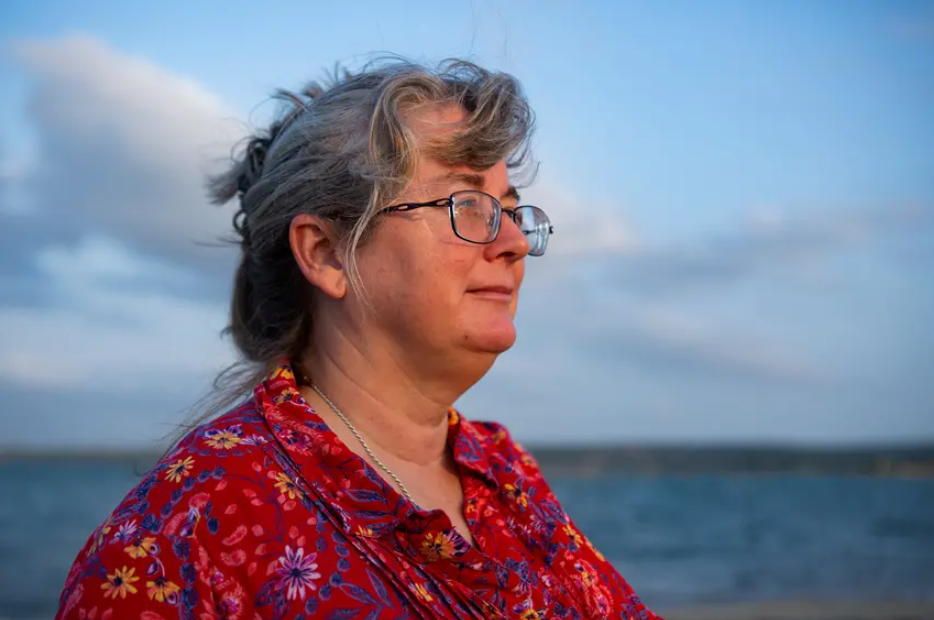 Librarian Suzette Baker said she faced a hard choice last year when her boss asked her to hide a book on critical race theory behind the counter.

“OK, I’ll look into it,” Baker recalled telling her boss at the time.

But eventually, Baker — a librarian at the Llano County Public Library’s Kingsland Branch — decided to ignore the request. And she continued to vocally protest other decisions, like the ban on ordering new books. She spoke up, telling her supervisors that the library was facing a censorship attack.

By February, the pressure to keep new or donated books from the shelves increased, she said. After waiting weeks for a local library board to approve the books Baker wanted to add to her library, Baker’s boss would tell her that even donated books could not reach the shelves.

On March 9, Baker was fired for insubordination, creating a disturbance and failure to follow instructions.

“This change is inevitable and you are allowing your personal biases, opinions and preferences to unduly influence your actions and judgment,” her dismissal documents stated.

Baker’s experience represents one of many new conflicts facing Texas librarians as book challenges continue to multiply. Many feel left out of decisions on banning books while also facing increased scrutiny from politicians, parents, and county and school district staff. Some have already quit, and others are considering it.

For those librarians working at schools and at public libraries, the pressure to keep some challenged books off the shelves is growing. And some Texas librarians say the insults and threats through social media and the added pressure from supervisors to remove books are taking a toll on the profession.

“It’s the job I’ve always wanted my entire life,” Baker said. “But then it started getting to be a place where it was hostile.”

The Llano County Commissioner’s Court and the county judge, who oversaw some library services and suspended new library book purchases in November, declined to comment, as did the library system’s director, Amber Milum.

Now that Baker is no longer working at the library, she said she worries for the future of Llano County’s library system.

The Texas Tribune spoke to librarians in two independent school districts that have been at the center of book challenges and bans: Keller, northeast of Fort Worth, and Katy, west of Houston. One from each district spoke to the Tribune, but both asked that their names not be published because they feared harassment.

In Keller, local Facebook group pages and Twitter accounts have included pointed comments about librarians being “heretical” and portrayed them as pedophile “groomers” who order pornographic books. After a particular book challenge failed, one commenter included the phrase “pass the millstones,” a biblical reference to execution by drowning.

“It was heartbreaking for me to see comments from a community that I’ve loved and served for 19 years, directed towards me as a person,” the Keller ISD librarian said.

Parents and community members have challenged more than 30 books in Keller ISD since October, including the Bible and Maia Kobabe’s “Gender Queer.” The district has so far removed at least 10 from circulation, and librarians have not been able to order new books since that time, the Keller ISD librarian said.

Several successful Keller ISD board candidates ran this month on campaign promises that they would increase parent involvement in education, including looking harder at school library books.

“I don’t think there’s been a day or an hour in the last 12 months that I haven’t been frightened and immobilized by what the future could look like,” the Keller ISD librarian said.

The Keller ISD librarian said she wants to talk with more parents about the books they want to ban, but so far, only one parent has reached out to her.

“This has been our experience in reality, and we still want to work together,” she said. “Communities have to come together. We can’t keep doing this back and forth.”

“Should I play it safe?”

A librarian In Katy ISD said the wave of book bans has left her less confident about what new books to order for her school library.

She considered ordering a collection of short stories called “Growing Up Trans: In Our Own Words” but worried the book may be targeted for removal.

“Should I play it safe?” she said. “Or should I push the envelope and get a couple and see what happens?”

She worries that librarians will soon be able to fill shelves with only books included on pre-approved lists.

“Are we going to get there?” she said. “Are you just gonna take everything away that I came into this job wanting to do?”

Just north of Austin, at Round Rock Independent School District, the pressure on librarians has been intense, says Ami Uselman, the director of library services for the district. Some of her librarians are reaching breaking points. One came to her in tears, worried about what their church would think about social media accounts calling them groomers. Another quit.

Uselman said parents are walking into schools and grilling librarians with questions about books. Some demanded records for all books purchased in the library, some 30,000 titles. Surprisingly, there’s not been one formal book challenge, she said in late April.

But Uselman’s work phone still lights up with calls, some from people outside of the district, accusing her of stocking inappropriate material in libraries. The pressure to remove books has been easing, but she worries about the next event that could ignite community anger.

“There’s just a lot of misunderstandings,” Uselman said. For example, some parents mistake graphic novels as sexually explicit when instead they are picture and comic books.

“I feel like it has gotten better,” Uselman said. “The problem is just when you think it’s getting better, something else pops up.”

Tax relief would be welcomed by Massachusetts’ businesses, consumers