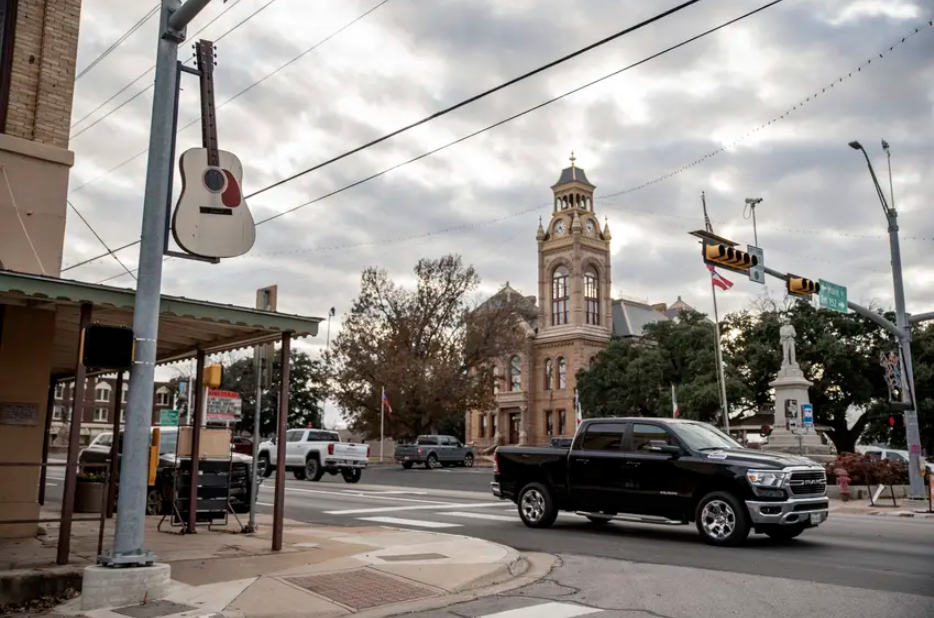 Texas saw its hottest December since 1889, with an average daily temperature of 59 degrees Fahrenheit, according to the state’s climatologist. That’s roughly 12 degrees warmer than the average Texas December during the 20th century.

The previous modern record was set in December 1933, when the average temperature was 53.3 degrees. The all-time record in December 1889 was about three-tenths of a degree warmer than last month’s average, state climatologist John Nielsen-Gammon said, adding that climate measurements in the late 19th century were much less precise than today.

“So we don’t really know what the average temperature was [in 1889] by modern standards, but near as we can tell, it was pretty similar back then,” he said.

The heat and lack of rain are consistent with a La Niña climate pattern, said Dev Niyogi, a University of Texas climate professor. La Niña, part of a natural cycle of the Pacific Ocean called the El Niño-Southern Oscillation, occurs every three to five years and impacts global weather, Niyogi said.

In the United States, La Niña typically brings a cold and stormy North and a dry and hot South, he said.

“The last time we had a strong La Niña was when we experienced the 2012 drought,” Niyogi said.

The Texas Panhandle has experienced the brunt of the heat, with about half of the area in extreme drought throughout December. Wildfires raged through the Panhandle last month, with an entire town evacuated due to the fires. Skellytown’s residents had to leave for about a day while firefighters worked to contain a 15,000-acre fire.

“Usually, winters are pretty quiet, but we had a fairly wet summer, so there’s plenty of … dry grass,” Nielsen-Gammon said. “And when we get high wind conditions like we had back in mid-December, wildfires can result from that.”

Besides fires, another impact of the sustained heat is water stress and poor crop yield, Niyogi said. The Panhandle had one of its worst winter wheat crops since the 2012 drought, he said.

“Places like Amarillo have had zero rain for the last three months,” Niyogi said. “They had a record of almost, I believe, 90 days without a trace of rain. So we are definitely experiencing water stress and higher energy demand.”

The relative heat can also trigger intense thunderstorms like those that swept across parts of Texas on Friday and Saturday, he said.

Despite warmer winter temperatures, Nielsen-Gammon said it’s still important to prepare for potential winter storms such as the one that walloped the state last February, knocking out power for millions of Texans and causing hundreds of deaths.

“Despite La Niña’s tendency to make average temperatures warmer, historically we’ve seen greater frequency of extreme cold during weak La Niña years or neutral years that are sort of leaning toward La Niña,” Nielsen-Gammon said. “You only have to go back to last February to see an example of that. Last year was a La Niña year also, and average winter temperatures were going to be above normal except for the middle 15 days of February.”