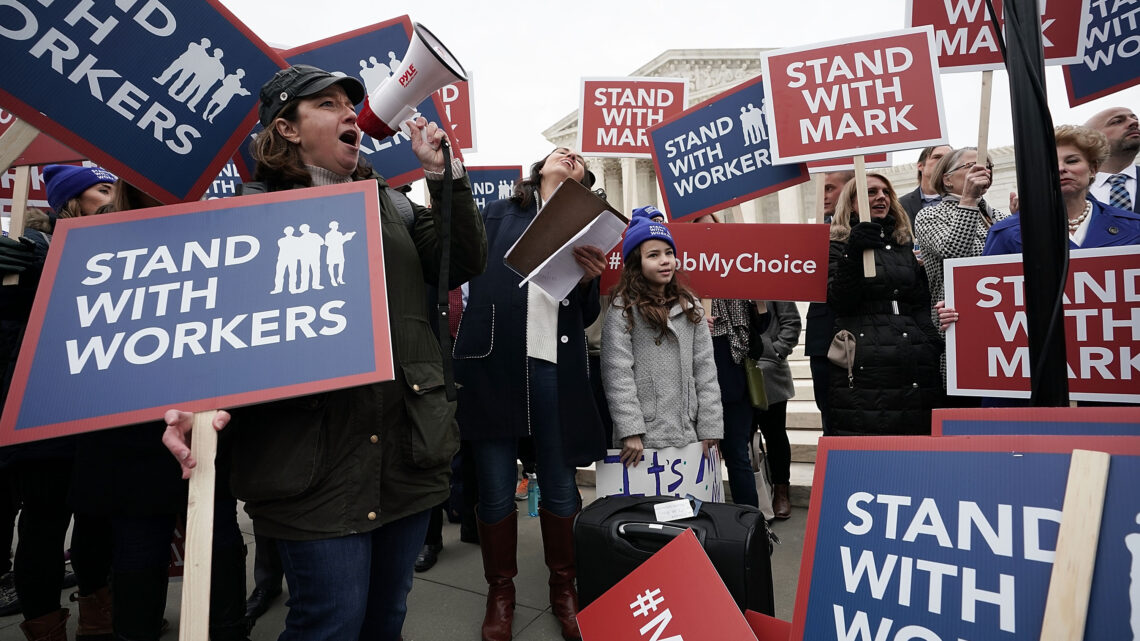 A University of California Irvine lab assistant has filed a federal civil rights lawsuit against the university and its union, the University Professional and Technical Employees (UPTE) union, and the state of California. UPTE is an affiliate of the Communications Workers of America (CWA).

With free legal aid from the National Right to Work Legal Defense Foundation, lab assistant Amber Walker is challenging the university’s regular seizure of union dues from her paycheck, and its policy that allows union officials to impose a photo ID requirement limiting the right of public employees to cut off dues payments to the union.

Walker’s class-action lawsuit was filed in the U.S. District Court for the Central District of California. She alleges the university and union are denying her due process and violating her First Amendment rights in light of the U.S. Supreme Court’s landmark Janus v. AFSCME decision in 2018.

In the Janus case, won by the foundation and Chicago-based Liberty Justice Center, the court declared that forcing public sector workers to fund unions as a condition of employment violates the First Amendment’s right to freedom of association. It also ruled that union dues can only be taken from a public employee with an affirmative and knowing waiver of that employee’s First Amendment right not to pay.

The complaint alleges that Walker sent UPTE union bosses a letter in June 2021 requesting to end her union membership and stop all union dues deductions from her wages. She did so within the short annual “escape period” created by UPTE officials, which limits when workers can revoke dues deductions. In response, the union said in order for her revocation to be considered she needed to mail them a copy of her photo ID. Such a requirement is not mentioned on the dues deduction card Walker had signed initially allowing dues deductions.

The foundation argues that it appears that university and UPTE officials plan to continue to take dues from her wages for at least another year since UPTE’s short annual “window period” elapsed by the time they notified her that her request was denied because she had not submitted a copy of a photo ID. Under California law, the university is required to defer to UPTE’s rules, which gives unions control over public employees’ dues deductions.

California CWA union bosses “created this photo ID requirement out of thin air to block workers from exercising their Janus rights, safe in the knowledge that California’s union dues policies would stifle any chance a public worker has of getting his or her employer to stop seizing dues money for the union,” National Right to Work Foundation President Mark Mix said in a statement. “By giving union bosses total control over how and when workers can exercise their First Amendment Janus right to stop dues payments, California is allowing the fox to guard the henhouse to the detriment of public employees’ constitutional rights.”

“The University deprives Walker and similarly situated employees of their liberty and property interests without due process of law by granting a self-interested and biased party, UPTE, control over whether the University takes monies for union speech from employees’ wages,” the complaint states.

While the Janus decision allowed unions to control the process an employee must follow to stop the collection of compulsory dues, the NRWLDF argues that unions have imposed a range of bureaucratic, time-consuming requirements that often frustrate, confuse or mislead workers in an attempt to thwart their efforts to remove dues deductions.

The foundation is also urging the Supreme Court to consider two class-action cases defending public sector employees’ First Amendment Janus rights over a similar escape period scheme that Walker is suing over. The cases were brought by public school educators in Chicago and New Jersey.