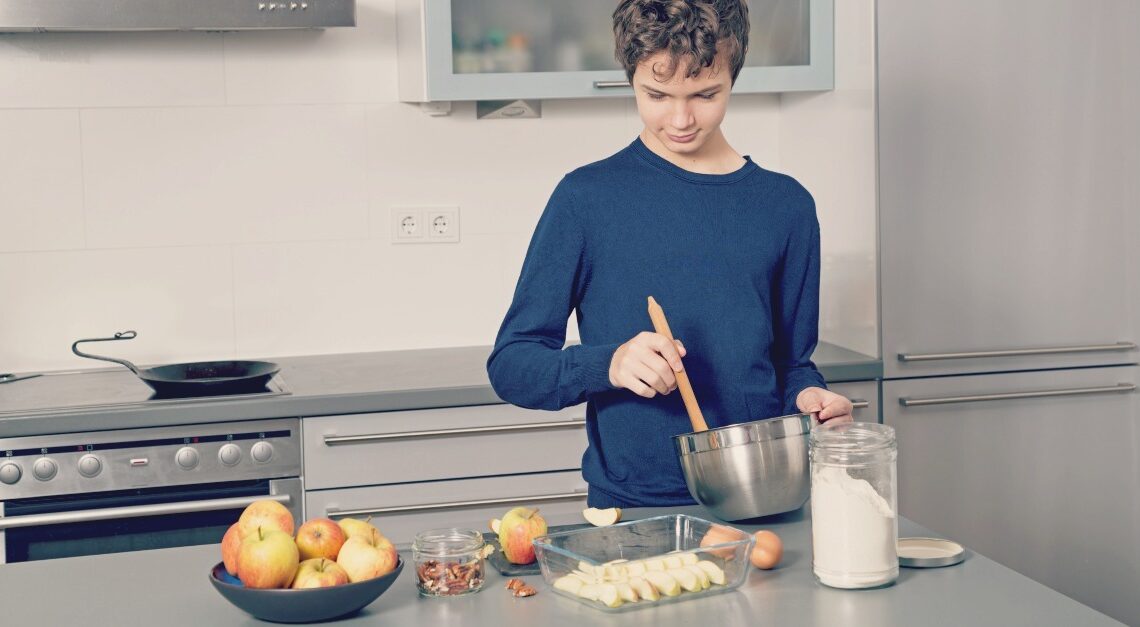 As I sit at the breakfast table with 12-year-old Martin, awaiting his daily bowl of Weetbix, I ask him, “So, how many do you do?” With a cheeky grin and a twinkle in his eye, he sits up tall and proudly shares, “I have five!”

But as kids enter their teenage years, interest in breakfast is much more hit-and-miss. It can slowly morph into a chore as opposed to an enjoyable morning ritual.

Whether it’s because they’re too tired, sleepy, running late, or just not hungry, it’s worrying watching your empty-bellied teen stroll off towards the school gates. Will they have enough energy for the day? Will they be able to concentrate and learn? And more alarmingly, is there something more serious behind this new breakfast skipping habit?

The most important meal of the day?

We’ve all heard time and again that breakfast is the most important meal of the day, but why is it important for teens?

A nutritious breakfast will provide adolescents with energy for growth and fuel for the day’s activity. What is more, commonly consumed breakfast foods provide whole grains, fibre and calcium – important components of a healthy diet. Breakfast eaters are more likely to eat an overall higher quality diet throughout the rest of the day. Not skipping breakfast might also be good for long-term health, with evidence suggesting skipping may be linked to a greater risk of heart disease and death.

Aside from its health benefits, the consumption of a nutritious breakfast has been associated with better performance at school. A systematic review found eating breakfast (compared to skipping it) may have a beneficial effect on students’ cognitive function when measured within four hours of consumption. However, results were inconsistent depending on the cognitive domain (attention, executive function, memory), and effects were greater in undernourished students.

Another important aspect is that breakfast is when humans break their overnight fast! Considering the poor quality of sleep often experienced by teens, time in bed of a morning may be longer (especially on the weekends), leading to a longer overnight fast. This places a greater importance on replenishing the body’s energy stores with a nutritious morning meal.

Data collection for the 2011–2012 Australian National Nutrition and Physical Activity Survey (the most recent research available) took place over two days. On these two days, 87% of boys and 81% of girls consumed breakfast.

Given the convincing evidence supporting breakfast intake, it is concerning that 12% of boys and 15% of girls skipped it on both days. Especially concerning is the higher number of girls not eating breakfast, a phenomenon that has persisted over time.

There are several reasons why teens may intentionally avoid eating in the morning. It’s important to be curious about why your teen might be doing this. A simple conversation may help put an end to your worries.

It’s important to also be aware that teens from lower socioeconomic status households are more likely to skip breakfast, which is where school programs can be vital.

Talk about it with your young person. Getting to the bottom of why your teen isn’t keen on breakfast will help determine your game plan.

No worries, the principles of intuitive eating encourage us to honour our internal hunger and fullness signals to guide when and how much we eat.

Encourage them to take something easy to eat when hunger does strike just before school or between classes. Or perhaps, think about some easy morning activity you can do together (like a walk or some yoga) to promote a healthy appetite.

Maybe it’s time to set that alarm a smidge earlier or prepare food the night before. Having ready-to-eat nutritious snacks available would also help for those times between the main family meals.

If they’re trying out a new diet or fasting regime, or want to reduce their overall energy intake to change their body shape, then this is where a closer look is warranted. These could be early symptoms of an eating disorder.

However, if your teen is engaging in behaviours for weight or shape control, it’s also possible they won’t come right out and say so. Most of the time people with an eating disorder don’t realise they need help, but early intervention is so important for treatment success.

If you are concerned, keep an eye on drastic changes in food preferences or avoidance of specific foods or food groups. Aside from food-related behaviours, someone with an eating disorder also experiences psychological symptoms, most commonly depression and anxiety. Talking to a GP about these concerns is an important first step.

Regardless of your teen’s food behaviours, breakfast or not, this is a vulnerable time and it’s important not to introduce pressure or monitoring at mealtimes as this can interfere with their relationship with food.

Try to keep food chat neutral. Avoid linking food and body size or shape, focus on flavour and enjoyment and leave diet-talk out of it. If you’re concerned about a potential eating disorder, you can access resources online and talk to your doctor.

Hawaii does not need to be in the retirement fund business