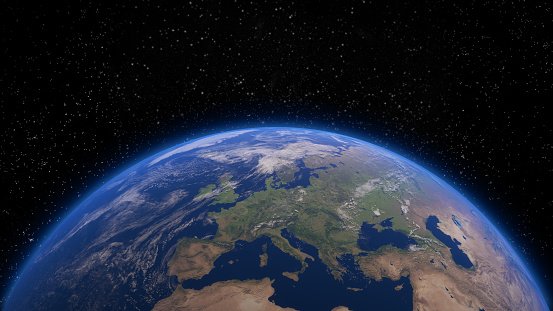 To meet the challenges of the next century – from pandemics to climate change, automation and big data – science needs to be open to everyone. Citizens must be equipped with the same access to information as researchers, and scientists need access to high-quality, interconnected repositories of knowledge to advance our understanding of the world around us.

These are among the guiding principles of the open science movement. Sustainability and inclusion are vital to open science, and can be fostered by shared practices, infrastructure and financing models which guarantee the equitable participation of scientists from less-favoured institutions and countries in the pursuit of knowledge and advancement.

We need to guarantee that the benefits of science are shared between scientists and the general public, without restriction. But how do we achieve this? Part of the answer lies in building national scientific systems capable of sharing and enhancing a diversity of knowledge.

The birth of CRIS

One of the main obstacles for open science is the lack of integration between existing databases – from public libraries to government datasets and university archives – which were built at different times using diverse systems, and which are not linked with one another.

For example, institutional repositories, which grew through the effort of librarians over generations, are usually disconnected from curriculum databases. They don’t have identifiers or permanent links to metadata – an indispensable element for sharing information. In recent years, it has become increasingly necessary to create national information systems capable of collecting the information for researchers, institutions, repositories, open data sets, research projects and citizen scientists.

To satisfy this need, databases known as Current Research Information Systems (CRIS) emerged in Europe in the 1990s, expanding primarily at the institutional level, within universities. The European Organization for International Research Information (EuroCRIS) was founded in 2002, and following this, similar systems started to grow in other parts of the world.

The case of Latin America

Latin America has a long tradition of using catalogues and libraries in the service of development. Since the 1960s, bibliographic indexes, repositories, and regional libraries emerged, managed by large public universities and regional institutions.

In the 1990s, new repositories and databases were born that would become pillars of a solid infrastructure for open-access scientific communication. With the launch of the open access journals databases Latindex, SciELO and Redalyc, the digitisation of scientific journals was given a boost and a quality seal was granted to published research. With a strong public imprint, these repositories acted as a springboard for the development of non-commercial open access environment that is today the hallmark of the region.

Latin America now has the optimal conditions to create open science infrastructure that capitalises on these previous efforts. And two examples stand out.

Brazil’s BrCris was developed by the Instituto Brasileiro de Informação em Ciência e Tecnologia alongside major national public agencies. Brazil is an immense country, with a professionalised scientific and technological system that has produced many databases on a national scale, making integration a huge challenge. Examples include the Open Data Portal, the CV system Plataforma Lattes and the directory of research groups known as CNPQ.

The BrCris architecture foresees not only integrating these large existing databases, but also ensuring an open-science infrastructure compatible with the Federated Network of Institutional Repositories of Scientific Publications, which harvests repositories from ten countries in the region. BrCRis also aims to repatriate Brazilian data from around the world.

The second case is that of the PerúCRIS platform. It was first devised when Peru approved its Open Access Law in 2013. The need then arose to integrate three scientific information platforms: the directory of researchers, the national directory of institutions and the national network of repositories. The new platform also includes all undergraduate and graduate theses.

Today, PerúCRIS includes five directories – human talent, scientific production, projects, institutions and infrastructure – and is designed not only for the scientific community but for society as a whole. It allows the public to discover new technologies, to participate in citizen science or to find creative ideas to generate opportunities for investment.

The fact that Latin American pilot CRIS projects are national rather than institutional, as in Europe, is due to the way they are funded. Most of the universities that contribute to scientific and technological research in the region are public and participate in national information systems. Given their reliance on public funds, these institutions do not have the resources to finance an institutional CRIS system, much less to purchase it as a package from large companies that offer these services.

This is not a weakness. Open software such as dSPACE, used as the basis for Peru’s platform, guarantees that scientific information remains firmly in the public domain and hence delivers on the promise of open science.

The cases of Brazil and Peru show that a national-level CRIS can promote true integration of all existing scientific platforms and organisations in a country or even a region. These databases can then be used for research assessment because they have a complete registry of people, institutions, productions and projects in the country.

Latin American CRIS databases will give visibility to different styles of publication and diverse researcher profiles, while enhancing new forms of scientific collaboration – especially those devalued by the dominant trends in academic evaluation.

This approach opens the way to increasingly inclusive and socially relevant science, while participates actively in the conversation of open science with the rest of the world.