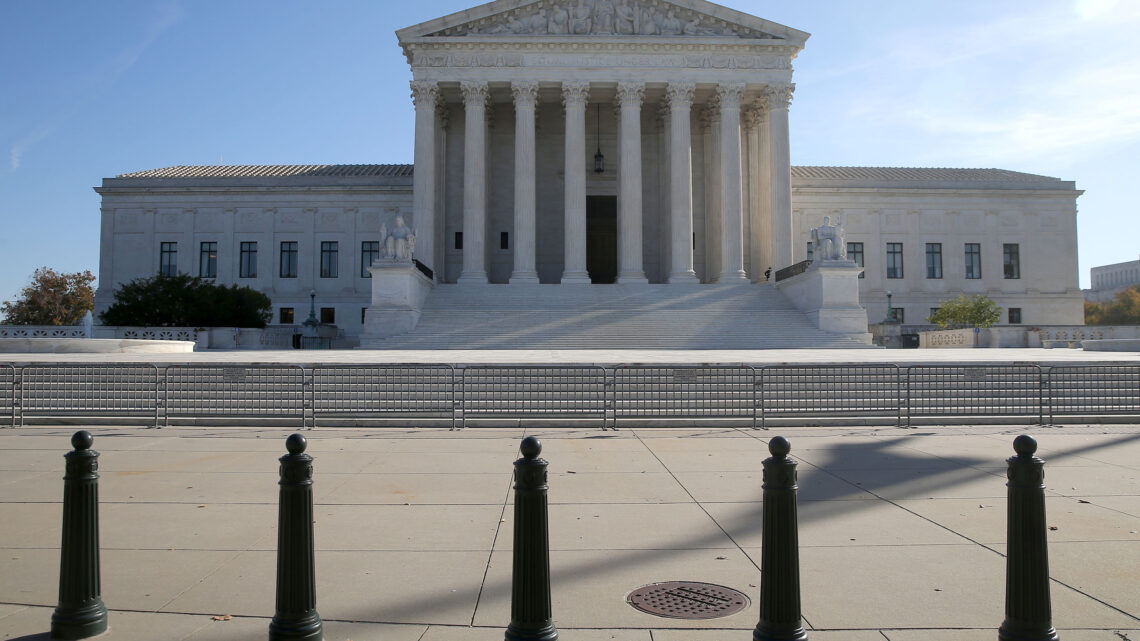 It wasn’t a dramatic expansion of religious rights – not yet. But the Supreme Court’s ruling in favor of a Catholic adoption agency that had been excluded from Philadelphia’s foster programs for refusing to work with same-sex couples will be consequential. It suggests that when the broader question of whether religious groups have the right to discriminate does come before the justices, they will likely uphold religious liberty over gay rights.

The court’s decision, delivered in a 9-0 ruling, emphasizes a pluralist approach: The Christian agency gets to participate in the adoption programs while adhering to its religious beliefs, and LGBTQ couples will continue to have access to other adoption agencies within the Philadelphia system.

The ruling is narrow, but it means that any unequal treatment of religious groups will be regarded as a violation of the First Amendment, even if it comes at the expense of the dignity of LGBTQ citizens.

Perhaps the most important aspect of the ruling is its unanimity in upholding a clear standard of neutral treatment for religious and secular groups. The city government claimed it was not violating this standard, but even the liberal justices agreed it was.

The city’s contention that government funding or the city’s contracting rules shifted the equation against religious rights was roundly rejected by the court.

The unanimous ruling was achieved by delaying another core question that some of the justices wanted to address: whether religious businesses or groups have the clear right to deny service to the LGBTQ community or whether states can insist that in the public square, such faith-based groups set aside discriminatory beliefs.

Nonetheless, as a scholar of the Supreme Court, I believe the decision of the nine justices will have broad ramifications for current government policies and future judicial rulings. By subordinating the dignity of same-sex couples to the religious rights of believers, the court’s new decisive ruling will influence many interactions between religious organizations and LGBTQ citizens.

Harming the dignity of same-sex couples

The case in front of the Supreme Court addressed the city of Philadelphia’s refusal to continue to allow Catholic Social Services to participate in the city’s adoption and foster programs because the religious charity would not serve same-sex couples.

The group claimed that its First Amendment right to free exercise of religion had been violated as a result.

The organization, along with Sharonell Fulton and Toni Simms-Busch – two Catholic women who wished to serve as foster parents through the agency – sued the city.

They were aided by the Becket Fund for Religious Liberty, a nonprofit law firm behind several successful Supreme Court cases, including 2014’s Burwell v. Hobby Lobby, which upheld the ability of religious businesses to refuse to pay for forms of contraception that violate their beliefs, and Little Sisters of the Poor v. Pennsylvania in 2021, which also protected religious exemptions to contraceptive coverage under the Affordable Care Act.

The city of Philadelphia argued that religious rights do not allow for harms to third parties, including to the dignity of the same-sex couples being told publicly that they are not acceptable.

As one constitutional law professor wrote in an amicus brief in favor of the city: “The believers can believe whatever they like and organize their affairs through discriminatory purposes, to be sure, but not when the government is paying and not when the public is impacted.”

But the justices seem to have agreed with the alternative framing offered by Lori Windham, the advocate for Fulton: “Does the Free Exercise clause shrink every time the government expands its reach and begins to regulate work that has historically and traditionally been done by religious groups?”

All nine justices agreed with the core holding that Philadelphia could not exclude Catholic Social Services. There were no dissents from Justices Stephen Breyer, Elena Kagan or Sonia Sotomayor – the current liberal wing of the court.

But three of the conservative justices – Samuel Alito, Neil Gorsuch and Clarence Thomas – signed separate opinions agreeing with the outcome but arguing that the protections of religious rights should have been even stronger.

The ruling does not protect the ability of religious groups to discriminate or exclude under any circumstances. Rather, it prevents government authorities only from applying different standards to religious and secular organizations. Philadelphia’s policies did not apply a “generally applicable” rule, but instead allow exceptions at their discretion.

In coming to their decision, the justices cited previous decisions holding that if government allows exceptions for secular reasons, then the First Amendment demands that they also allow them for religious reasons. As Chief Justice John Roberts phrased it, “The creation of a formal mechanism for granting exceptions renders a policy not generally applicable.”

In presenting the case to the justices, Fulton’s attorney argued: “In our pluralistic society, this Court has repeatedly said that there should be room for those with different views.”

Roberts’ majority opinion appears to reflect that view: “No same-sex couple has ever sought certification from CSS. If one did, CSS would direct the couple to one of the more than 20 other agencies in the City, all of which currently certify same-sex couples.”

For this reason, “CSS seeks only an accommodation that will allow it to continue serving the children of Philadelphia in a manner consistent with its religious beliefs; it does not seek to impose those beliefs on anyone else.”

The expansion of religious rights

At a mere 15 pages, the ruling is what Justice Alito described as a “wisp of a decision” in his 77-page concurrence. He argued that the court should have decided more boldly in favor of expanded religious rights.

The Fulton decision follows a long string of other rulings that have tipped in favor of religious claimants. In recent years, the court has increasingly protected the freedom of religious groups in government programs, in commerce, in public displays and in public school programs.

The most recent ruling also suggests the limits of LGBTQ rights under the current court. There have been no major victories on this issue at the Supreme Court since the 2018 retirement of Justice Anthony Kennedy – the author of every major gay rights ruling in recent decades including Obergefell v. Hodges, which legalized same-sex marriage throughout the country in 2015. But Kennedy himself hinted at the limits to LGBTQ rights when they are in opposition to religious liberties, writing in the Obergefell decision that “the First Amendment ensures that religious organizations and persons are given proper protection as they seek to teach the principles that are so fulfilling and so central to their lives and faiths.”

Since the Obergefell case, most of the Supreme Court cases addressing LGBTQ rights have not been brought by an LGBTQ plaintiff. Instead, they have have been brought – and won – by religious groups.

The question to come

The Fulton case proved no exception to this winning streak for religious rights.

But what the ruling did not do is hand down a definitive answer to the question that these cases are moving toward: Should gay rights or religious rights yield when the two are in irreconcilable conflict? When the court answers that question, it will likely not be unanimous. But the current trajectory suggests that religious rights are more likely to prevail.

As Justice Gorsuch concluded in his concurring opinion, “dodging the question today guarantees it will recur tomorrow.”